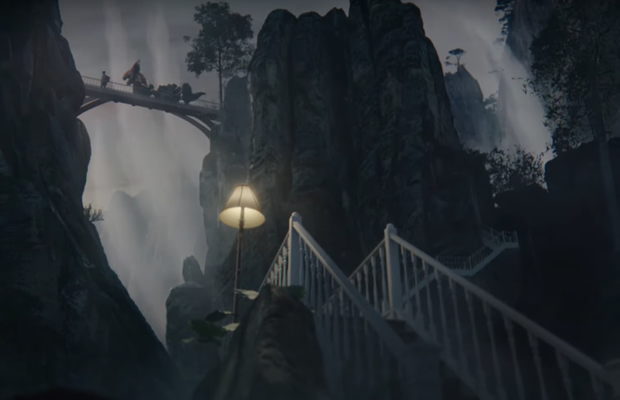 The pandemic has many of us rethinking how and where we want to live. It has sparked the Zillow Surfing phenomenon, as dreamers imagine the possibilities a move could bring, and it’s driving the Great Reshuffling, as people seek out new homes to better meet their evolving needs.

As the pandemic spurs more people to move, Zillow has expanded its offerings to make it easier to rent, buy or sell a home. The new brand campaign called “To Move Is To Grow” launches today to redefine Zillow from a search-and-find platform to a full-service real estate ally. The campaign is anchored by two national TV ads ideated and executed by creative advertising firm FIG that appeal to a wide spectrum of needs that movers encounter, as well as the spectrum of emotions that comes with a move.

“Moving is inherently about moving forward — letting go of the past and embracing life’s next chapter,” says Zillow chief marketing officer Aimee Johnson. “Our research shows that more than 75% of recent movers were held back by emotional factors such as a fear of change, yet 80% of them said their most recent move was worth it. While it is sometimes hard to make a life change, it can bring tremendous hope, possibility and excitement. Zillow has the services and expertise to navigate every step of the process, which can make those big decisions easier and give people more confidence to move forward.”

'The Journey' spot dramatises the complicated emotions of moving through the eyes and imagination of a child. It was filmed in Prague with acclaimed director Martin De Thurah, and features an original score by Jonny Greenwood.

The 'Susans' spot captures the humorous and relatable self-talk that happens as we consider a move, ultimately showing how Zillow can make it easier to rent, buy, sell or refinance a home. The campaign will roll out different versions of the “Susans” spot, highlighting Zillow’s individual products and services. “Susans” was filmed in New York and directed by Jim Jenkins and edited by Gavin Cutler.

“This campaign brings the new home buying and selling process to life with empathy,” says Scott Vitrone, partner and chief creative officer at FIG. “These two bodies of work show understanding of the emotional and psychological struggles you wrestle with throughout the moving process, and show how Zillow can help guide you through the journey to your life’s next chapter. I sold my home while we were in production, and I can honestly say those emotions are real.”

Moving has evolved during the pandemic to become a digital-first experience, and old stresses that may have traditionally held people back could be a thing of the past. Technology like Zillow’s 3D home tours and interactive floor plans make it faster and easier to shop for a home. Services like Zillow Offers can remove the anxiety and uncertainty of selling a home traditionally. Zillow Home Loans and Zillow Closing Services offer an online platform allowing customers to transact more digitally and conveniently. Home buyers and sellers can also connect with a local expert Zillow Premier Agent partner who can hold their hand through their journey.

The campaign will launch with primetime 60-second ads in NBC’s “This is Us,” ABC’s “Soul of a Nation,” and “The Bachelorette,”  along with placements in “Saturday Night Live” and the NBA playoffs. The new video creative will also air on national cable, including HGTV and ESPN, plus streaming, online video and social platforms such as Hulu, YouTube and Facebook. The media campaign was planned and purchased by Zillow’s media partner, UM.