Salomon Ligthelm’s first work since signing with PRETTYBIRD is a collage structured perfectly, mirroring the landscape it maps 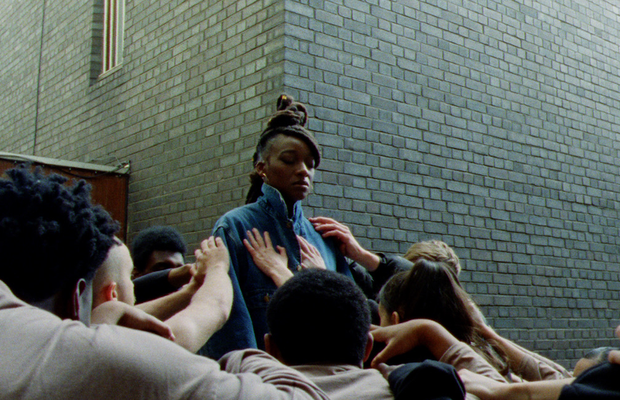 Little Simz unveils the video for ‘Introvert’, the first release from new album ‘Sometimes I might be Introvert’. Without wasting any time at all, the album opens with the heart stopping clarion call of 'Introvert,' a visceral essay about lives lived in the cross-hairs of society, fuelled by fear, exhaustion, frustration, but also a kind of white hot political awakening.

The video for ‘Introvert’ is directed by Salomon Ligthelm, who recently signed with PRETTYBIRD UK. ‘Introvert’ is a full-bore, high-stakes, facing up to death riposte, as urgent as it is compelling, and the stunning video by Salomon Ligthelm of PRETTYBIRD is by turns majestic and terrifying, with a chopped up, collaged structure perfectly mirroring the landscape it maps; a place of beauty and danger, of violence and dogged resistance.

The centre, Simz is keen to remind us, will not hold (“man it’s like they can’t sleep until our spirit is crushed”) – and here she is driven to document every unsparing detail. Sometimes I Might Be Introvert is due September 3rd via Age 101, and is the first full length from Simz  since her critically-acclaimed, Mercury Prize nominated 2019 record GREY Area.

Ligthelm first worked with SIMZ on the Top Boy Promo for Season 3, and at the end of 2020 they talked about collaborating on a video together for SIMZ’s new music. Ligthelm explains: “SIMZ reached out saying she's working on new music and would love to collaborate on a  video together. When Ligthelm listened to ‘Introvert’ he says: “I was BLOWN away. I was sitting there, in my quiet little bubble taking it all in - the lyrics, the sound, the scale. I connected with SIMZ and her creative director Jeremy Cole and I remember telling them in broad-strokes about some visual/thematic ideas I had. That was the start of a very fluid and super collaborative process with SIMZ and Jeremy.”

Salomon Ligthelm is a New York-based, self-taught filmmaker whose work always has a  human element and unique style of storytelling. Only four years into his career, he has already  enjoyed great success, working with Puma, G-Star Raw and Young Fathers, and gaining plaudits including two Gold and three Silver at the YDAs, and selection for the Saatchi & Saatchi New Directors’ Showcase.

Director Salomon Ligthelm says of the concept for the 'Introvert' video: “The track is really epic and crosses a lot of thematic territory. It became fairly obvious to me at the outset that it wasn't going to be easy to find imagery that matches the scale of the music and lyrics - especially not without becoming didactic. A lot of the archival, and use of art history elements were considerations drawn up right at the outset. It's hard to know who you are, or to accept who you are when you are made to feel like an outcast, an enemy. The film is about finding people moving from a state of chaos and societal disconnection into a space of community, connection and freedom - embracing a true understanding of who they are.”

PRETTYBIRD UK co-founder and executive producer Juliette Larthe comments: “Salomon’s music video for SIMZ’ “Introvert” his first work with us is an epic, POWERFUL, boundary-pushing film that is so poignant for the times of inequality we are fighting against, written while in constant communication with Simz, good friends since they connected on the Top Boy set. Salomon’s distinctive style of cinematic story-telling, in this mashing up of archival news footage combining backdrops of colonial history, narrated with and by SIMZ  lyrics, prose and song, as choreography visually and viscerally punches throughout, creates a piece that helps to recognise struggle and promotes change. ”

Over the course of her lush, expansive, defiantly sprawling new album, Simz delivers an undeniable modern classic, effortlessly condensing any number of disparate styles and genres into music which thrillingly broaches the gap between urgent modern treatise and hip hop. A bold, quantum leap forward from GREY Area, this is hardly music aiming simply for  the pop charts; rather, it is turbo charged with the kind of fury and potency, confusion and anxiety that make up the modern experience of being a black woman at this particular point in time. This is no mere philosophical exercise, however - the result is her most ambitious and soaring body of work to date, one which operates at the very heights of what rap can be.

Thanks to Chris and Nikki Snode