The production company represents talent in the US and France 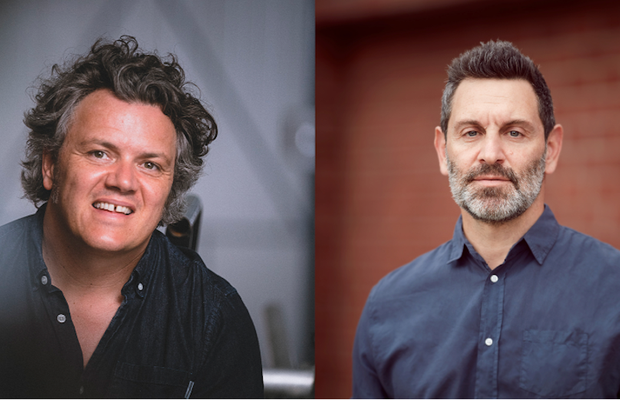 Founded by filmmakers Jeff Baron, Greg Panteix, Nicolas Winding Refn and Fred Fiore, creative content production company Loveboat has today announced the launching of its new offices in Los Angeles and Paris. Loveboat will produce independent projects across advertising, entertainment, and fiction - including commercial content for agencies and brands worldwide - with a diverse cooperative of directors and interdisciplinary artists.
Loveboat launches with an impressive roster of directors, from the established international talents of co-founder Nicolas Winding Refn, Park Chan-Wook, Tino (formerly of Jones+Tino), Meryam Joobeur and Lorcan Finnegan, to the lauded artistry of Maïmouna Doucouré, Emma Luchini, Daniel Soares, Billy Pols, and NAN, to the emerging talents of Jesse Lewis-Reece, Baloji, Sandra Winther and Les Frères Boukherma. Select directors on its roster are represented by Loveboat globally, with the others repped by the company in LA and / or Paris.
Leading its Los Angeles office as managing partner is Jeff Baron, with a notable career defined by a commitment to mentorship and director development. Previously the managing director of Stink Films in the US, and a senior executive producer at Anonymous Content before that, Jeff’s history of leading progressive cultures of platform-agnostic creative thinkers and storytellers is well documented. He is joined in the LA office by executive producer, Rachel Curl.
Greg Panteix helms the Paris office as managing partner with more than 20 years of experience in the industry. For the last 12 years, Greg has worked as an executive producer at Stink Paris, leading them to become one of the top commercial production companies in the French market. Prior to that, he worked at 75 Productions as a senior executive producer on music videos with remarkable international artists, including Madonna. Marine Garnier serves as Loveboat Paris executive producer.
Co-founder Nicolas Winding Refn is a Danish producer, screenwriter, and director who moves seamlessly between feature films and television series, absorbing his audiences in rich and varied storytelling with his distinctive attention to framing and artistic direction. His films include 'Drive' and 'Neon Demon', and his scripted series include 'Too Old To Die Young' for Amazon, and 'Maniac Cop', currently in pre-production at HBO. Nicolas has won film’s most prestigious prizes including the Cannes Film Festival’s Award for Best Director, and has helmed ads for clients including Gucci, Nike, and Hennessey, as well as an iconic series of Lincoln commercials starring Matthew McConaughey.
Loveboat is associated with Logical Pictures Group, an entertainment entity with shared values, specialising in feature film financing, distribution, production, and international sales through its various subsidiaries including Logical Pictures, Pulsar Content, and Cascade8. Logical Pictures, the investment entity for film production, was born out of founder Frédéric Fiore’s interest in a disruptive sector. Frédéric has two decades of professional experience, including with EY where he was one of France's youngest managers, and as the founder of Garderisettes, where he later served as international chief executive officer after selling it to Babilou.
The founders of Loveboat bring their distinctive style and illustrious backgrounds together out of a desire to give directors access to a multitude of innovative opportunities.
“We wanted to change the way production companies approach director development." commented Greg. "Our primary mission is to nurture directors from all walks of life to create stunning work in a variety of formats. We believe that advertising can be as fun and rewarding as making a series or a feature film.”
Jeff added: “It’s thrilling to bring the expertise of both European and American producers to our clients, for a truly global sensibility. As we embark on this new journey with some of today’s most amazing talents, we couldn’t be more proud of what we’re creating.”