Ben and Berndt are widely known for their creative endeavours via The Bear, a creative incubator founded by the pair over a decade ago 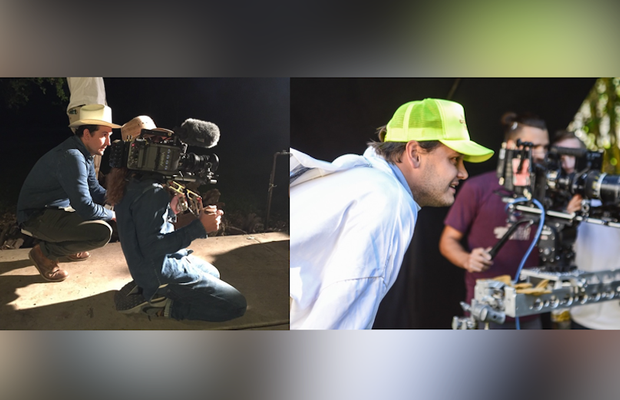 Lucky 21 has announced the signing of directors Ben Steinbauer and Berndt Mader for advertising and branded content collaborations. At Lucky 21, Ben and Berndt join a talent roster that reflects a variety of genres and styles.
Ben and Berndt were introduced to Lucky 21 via mutual friend and Lucky sales representative Gay Guthrey (Samuel Guthrey).
Ben explains: “Our decision to join the Lucky squad is all about people. Lucky’s impeccable relationship with crew members - many of whom we work with frequently - and their shared interest in creating a joyful, collaborative atmosphere on set, preceded our meeting. When we started talking it quickly became clear how much we shared.”
“Texas is a place of vibrant creativity, and Ben and I were both drawn to Austin to be a part of this hotbed of indie filmmaking,” adds Berndt. “To join forces with Lucky, beloved in Texas and beyond, is an expansion for all of us - a deeper connection that will only intensify what we will create together.”
Ben and Berndt are widely known for their creative endeavours via The Bear, a creative incubator founded by the pair over a decade ago. Formed to unite the branded content and feature worlds, The Bear continues to thrive as a vibrant hub for content, and is a complement to their national commercial representation as individual directors via Lucky.
Berndt came to directing through writing and his approach is defined by a desire to add value and dimension while having fun in the process. Berndt’s branded content storytelling includes performance-driven comedy and docu-style projects including Yeti 'Soul of a City' a finalist for the Tribeca X Film Award, as well as commercials for Dodge, Budweiser, and Alfa Romeo. He has also directed the hybrid documentary/narrative feature Booger Red (Austin Film Festival) and the quirky and original coming-of-age film 5 Time Champion (SXSW).
Ben’s passion for documentary storytelling with comedic underpinnings earned appreciative audiences and critical acclaim for his documentary cult classic Winnebago Man, which Michael Moore called "One of the funniest documentaries ever made". Relatability and a sense of discovery are ever-present in his work for Popeyes, Indeed, Yeti, Crate & Barrel and Whole Foods, among others. He traverses the landscape of short-form to features fluidly, with episodic television credits and his Vimeo Staff pick documentaries 'Slow to Show', 'Calls To Okies' and 'Heroes From The Storm'.
In addition to advertising projects, the duo is co-directing a feature documentary for David Gordon Green, Danny McBride and Jody Hill’s Rough House Pictures; HBO's 'The Righteous Gemstones', 'Vice Principles' and 'Eastbound & Down'; and feature films 'Halloween', 'Joe', 'The Comedy', and 'Prince Avalanche', among others.