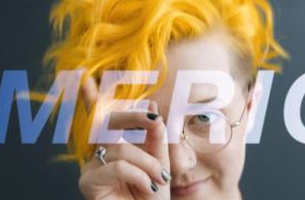 “America The Beautiful” is a celebration of a varied landscape - that of the diverse people who make up a nation. American democracy is meant to represent all through the fundamental right to vote.
That’s if people participate, which many do not.
Filmmakers Trey Hill and Scott Mayo, along with Lucky Post Editor Sai Selvarajan, harnessed their creative talents to convey the importance of the election process as an act of inclusion.
Winner of the Filmmaking Frenzy For America, the PSA will screen nationally at Alamo Drafthouse Cinemas and online until election day, November 6, 2018.

Filmmaking Frenzy for America launched a contest that invited filmmakers from all over the United States to collaborate on motivating, non-partisan under-30-second PSAs. Apropos of the topic, honourees were selected by a general public vote and the winning entry was selected by an accomplished jury of industry standouts. “America The Beautiful” is a series of intimate portraits illustrating who we are as a nation, different ages, orientations, backgrounds, and genders of those who vote, to inspire others to do the same.

“Take the pulse of social media or the news – it’s polarising and contentious, we paint one another with broad generalisations,” says Writer/Director Trey Hill. “Besides not wanting to just scream into the wind, we wanted to engage in what’s going on in this country and help generate movement. Together, a group of artists and producers with differing viewpoints found common ground and created a portrait of our country that is authentic.”

The different expressions of America seen in the PSA are supported by Jesse Woods’ track “Hounds of Heaven” which amplifies the footage with a sense of optimism and freedom. It is this feeling of possibility that strikes an essential chord, hopefully one that inspires each viewer to head to the polls on election day.

“Our goal was to capture the breath of the America people to remind them it’s in their power to vote,” notes Sai Selvarajan. “We had different races, different religions, immigrants, WWII veterans, all walks of life mingling with the same goal – participation. I hope the spot unifies as much as the shoot showed us is possible.”