With the teams isolating at their own homes, employees of Lucky's production and post production companies gather online to produce light-hearted film on the things they miss 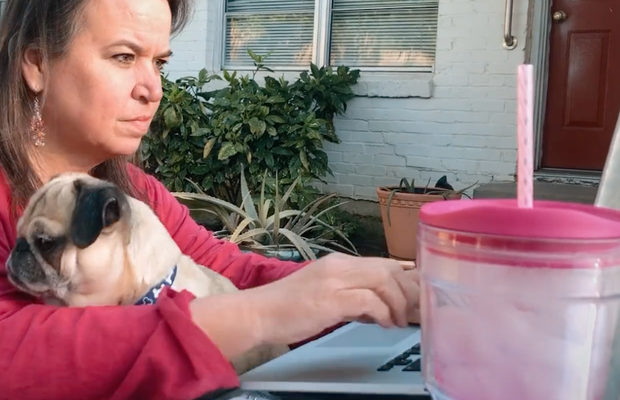 Production company Lucky 21 and post production Lucky Post staff are currently busy working from home. Whilst still producing content and working for their clients from home, the teams received a new creative challenge for a project unlike any other it has worked on before.
Chad Berry, writer for The Richards Group, had rewritten the words to the classic song, 'My Favourite Things', to describe stay-at-home life and the things appreciated by Lucky - the request was for the team to film these things, to be a part of an ode to community; morphed but unbroken by being remote.
Directors, accountants, editors, producers, audio engineers, colourists and VFX teams all embraced the call for footage, going above and beyond the ask with creative angles, multiple takes, and bonus footage. Sai Selvarajan, tasked with editing the piece, says: “You could see how much fun people were having with it all - infusing the process with mojo and happiness.”
As people were filming themselves, Nicole Marxen-Myers recorded her vocals at home and sent an arrangement to audio engineer Scottie Richardson. Richardson reached out to his singer/songwriter brother-in-law, Joe Gardner, in Austin to see if he wanted to lend a hand with music. He and Richardson created a supporting track that would support the vocals and descriptive lyrics. The ambient noise of kids and dogs breaks through at one point, a nod to the unexpected interruptions that come from the home/work life blur. When the final edit was complete, Richardson created a final mix so it would be ready for social media sharing.
On a typical workday, the Lucky staff often gathers to celebrate the hard work put into a project. But the end of this project, turned around over a weekend, the enjoyment had to be experienced online. “It was so great to see a glimpse into people’s lives and watch them having fun on camera,” says Richardson. “It’s a little bittersweet because we really miss each other - but it also helped intensify the connection we feel.”