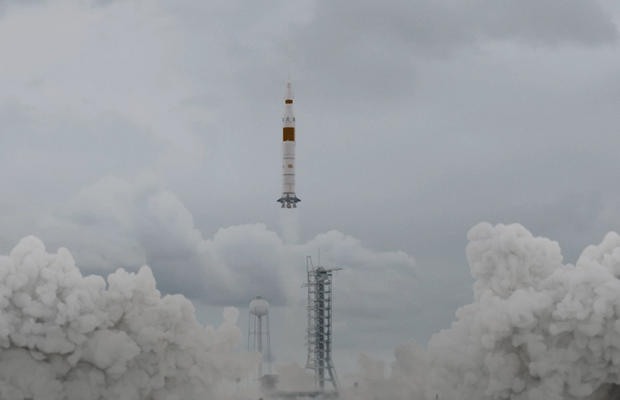 In a virtual reveal, Lynk & Co announced their new mobility membership, European rollout plans, community partnerships and a look at their first car to be available in Europe: the 01. Founded in 2016 looking to disrupt the automotive industry, the brand provides a different mobility solution for a new generation looking for flexibility and purpose when it comes to car ownership. Lynk & Co’s arrival in Europe is marked by a creative partnership with HALAL, focusing on creating purposeful campaigns and brand narratives that contributes to the brand’s commitment with communities.

Following a teaser campaign that has been seeded in various European markets throughout the year, today marks the release of ‘96%’ - a campaign film directed by Caroline Koning and OOH by photographer Olya Oleinic. The work is the first of its kind from HALAL, having entered its venture with Lynk & Co as both creative agency and production partner.

Robin van der Kaa, vice president marketing and PR, Lynk & Co, comments: “We sincerely believe in a creativity driven and collaborative approach, and I feel we found the perfect partner for this in HALAL.”

Roel Oude Nijhuis, managing partner, HALAL, adds: “A community-driven and disruptive client joining forces with us at a creative level enables us to unleash the type of talent we represent and the skills we embody to take our creativity to a new level. Lynk & Co challenges the industry norms in the otherwise rather conservative field of automobiles, the same way we always work in ways that push the boundaries and interrupts the status quo.”

With no previous brand work in the market, the launch campaign builds on Lynk & Co’s ethos to introduce the service. ‘96%’ presents the motivations at the very core of the brand’s existence, highlighting how the traditional automotive industry is part of the problem. On average, cars stand still 96% of the time. So, when the world coincidentally was forced to stand still, it became a powerful starting point for the film and its introduction of Lynk & Co as a mobility brand in Europe.

Caroline Koning, creative and director, HALAL, says: “This insight, that cars stand still 96% of the time, makes one rethink how we use our resources. It just seems like such a waste. More importantly, it makes one think about mobility. Being mobile is something most of us have gotten a new appreciation for in times of lockdown and travel restrictions. I wanted the film to feel like a poem to mobility, an abstract visual narrative to present the problem to which Lynk & Co offers a different solution. This approach also stands in contrast to the usual car ad, often focusing on speed, the technological advancements or its inherent features. ‘96%’ communicates how Lynk & Co is different, ultimately fuelled by its mission to connect with the community driving their cars.”

The campaign will be rolling out in the Netherlands, Sweden, Germany, Belgium, Italy, France and Spain.