With work including adidas, Beats, Levi's and Nike, Tag's Johnny chats the influence of cinema and the importance of being immersed in art, film and photography 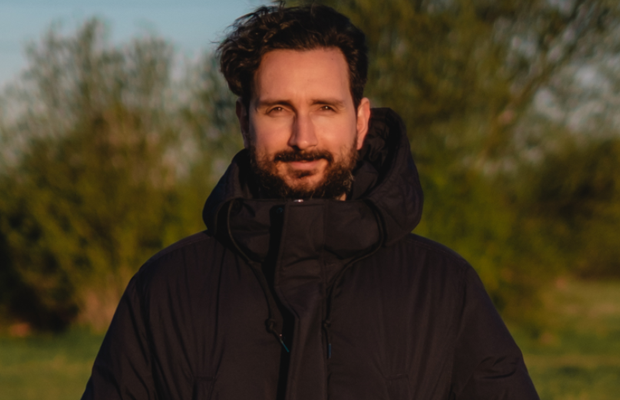 Over the past nine years, Jonny has developed his skills and understanding of the craft of colour grading. This has allowed him to work with high-profile brands including adidas, Beats, Levi's, Nike, Range Rover and Toyota. His portfolio also boasts a number of music videos for which his grading has won awards at Kinsale and Thunderdance.

He graded his first feature film 'The Last Tree' in 2019 which was selected to play at Sundance and received great reviews.

What was your first experience with the world of colour grading – and when did you decide that being a colourist was a role that you wanted to pursue?

I originally wanted to be an editor and went to University to pursue that. During the course I came across grading which I’d never seen with moving images before. At the time it was a bit of a dark art and nowhere near as accessible as it is now. I found it fascinating and spent as much time as I could learning more about it and grading the other student’s films. It was all HDV cameras and Adobe Premiere at the time. I didn't know what I was doing but we had a lot of fun.

What was the project that you felt really changed your career?

Slowthai - Inglorious really stands out for me. I’d worked with Crowns & Owls on quite a few projects before and that was the first time working with Cinematographer David Wright. He spent a lot of time testing lenses and ideas and we were able to discuss the project before the shoot which really helped. They were shooting digitally and printing to film. It was my first time working with that process and we were all absolutely delighted with the result. The film won an award for best Cinematography and Grade and I’ve worked with David a lot since then so will always look back at that one with good memories.

How/where did you hone your craft and did you have any particular mentors?

I was really lucky to get a job in the machine room at Smoke & Mirrors. I did that for four years before becoming Colour Assist. During that time I always had access to the suites and graded as many promos and short films as I could. Mark Horrobin was my mentor and still is to this day. He’s an incredible Colourist and always made time to train me and review my grades. I’ll always be grateful for that.

Tell us more about your creative process - (e.g.when you get a project, how do you go about developing a look?)

Once we’ve discussed the brief and any references I’ll pick out a few key shots that tell the story. Then I can start building looks across those to see what works best for the film. You might have an idea that looks great but if it’s distracting from the narrative or just doesn't fit the project then it’s time to reassess the brief. For me grading is very much a collaborative process and the best grades enhance the work that everyone has put into the project.

From experience, we’ve found that colourists often love art and photography - when you’re out of the studio, what inspires you?

Cinema has always been a big inspiration for me both inside and outside the suite. During lockdown I’ve gotten much more into photography which has given me a better understanding of light, lenses and film stocks. This has definitely made me a better Colourist.

Colour grading is largely a digital affair, but there’s also been a resurgence of film over the past few years in commercials and music videos. What are your thoughts about working on film versus digital formats like 4K? And what are your favourite techniques for capturing a vintage or tactile feel?

When I started at Smoke the Spirit film scanner was on its way out and digital was becoming the standard. It’s been great to see film come back as I love working with it. It has a quality I think we are all often trying to achieve with digital or at least elements of it. There's a richness and feeling that you have to push a bit more for with digital. That’s not to say digital doesn't have its place. The latitude and quality we get with today's cameras is incredible and can sometimes be better suited, particularly for commercial projects.

When working in commercials, what role can colour and a grade play in enhancing a brand’s assets and what sort of conversations do you have with creatives and clients about that (e.g. is there often a strategic/consistent ‘look’ for a brand? Can these be too heavy handed?)

I’ve been fortunate to work on a few Lurpak commercials and the brand has it’s signature look which I really like. It's a lot of fun grading those. One last year was Directed by Pensacola and shot by Daniel Landin so the material was beautiful to work with.

An example of it being heavy handed would be when I was working on a commercial for a blackcurrant flavoured drink and the brief was to put a purple wash on it. The art and styling departments had already done a fantastic job with these pops of purple in the production design and clothing. Luckily we were able to show them that the more subtle approach had a much stronger impact.

How do you ensure that each colourist-director partnership is a success?

Listen to their brief and ideas. They may have spent months working on a project before it comes in for a grade and they’ll know what the client is looking for and how much freedom there is for experimentation. A treatment or some references always helps too.

What advice would you give to budding colourist?

Being immersed in art, film and photography is a good place to start to help understand what makes a great image. If you can find a position at a post house that’s a great way to learn from someone with years of experience. If you have access to a computer at home you can download a free version of DaVinci Resolve and find some filmmakers for projects to work on.

When it comes to grading and you're starting out - keep it simple. There are so many tools and effects available but the most important thing is to set a good primary balance as a base to work from. If you fly in with 15 windows, keys and a wild LUT you can very quickly find yourself in a mess that doesn’t match.

In your opinion, what’s the difference between a good grade and a great grade?

A good grade might look amazing but a great grade will enhance the story and work in harmony with the other departments to help create something magical.

How is the craft and trade of colour grading changing?

The last year has shown us what's possible with remote working. I’m looking forward to collaborating with everyone in the suite again but now we also have our custom built streaming software for those that aren’t able to make it in.

Our grading software allows us to do some of the VFX work that there isn't always time or budget to go into online for. This can be clean up or some comping that can be quite quick to do in the grade. I imagine this will only develop as time goes on.