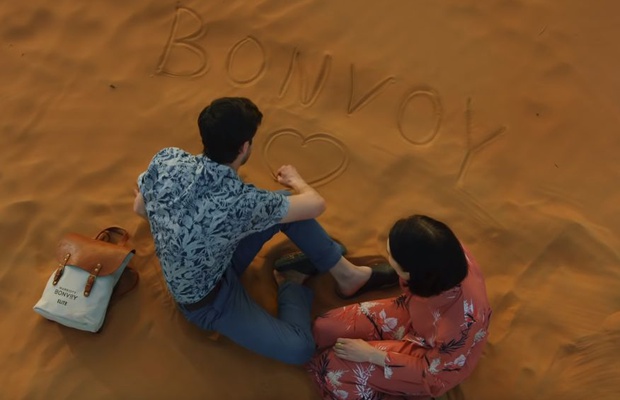 "Marriott Bonvoy expresses the joy of 'good travel' made possible by our unmatched portfolio of hotels, culture of hospitality and unique member benefits," said Karin Timpone, global marketing officer, Marriott International. "Our aim is to build awareness for Marriott Bonvoy and to inspire more people to travel."

Highlighting the campaign will be television spots directed by Oscar-nominated filmmaker Jean-Pierre Jeunet in conjunction with Marriott Creative and Content Marketing and the agency Observatory Marketing. Each whimsical television spot is filmed in a magical realism style which is Jeunet's signature, with two-time Oscar-winner Janusz Kaminski overseeing the cinematography. The results are short vignettes filmed at Marriott International properties including The Ritz-Carlton, Kyoto, W Verbier, JW Marriott Nashville, The Westin Golf Resort & Spa Playa Conchal, Sheraton Grand Hotel, Dubai and the Courtyard by Marriott Sedona. Each hotel vignette shares the joy of good travel using one word, "Bonvoy!"