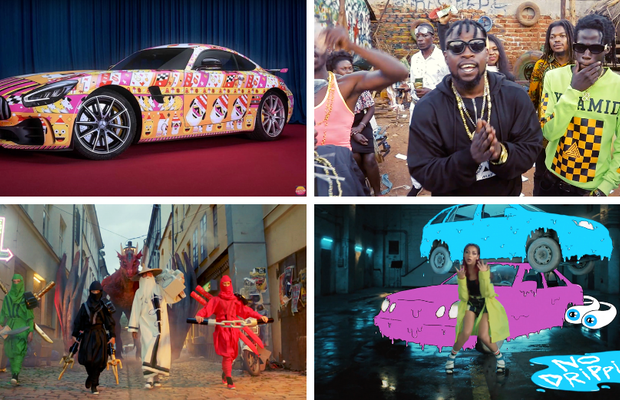 2020 marked international creative music agency MassiveMusic’s 20th year in business, and perhaps one of the most unexpected since the company launched. In early 2020, much of adland was already mentally preparing our plea for exclusive tickets to theirs and MediaMonks’ infamous Cannes party in June. Usually this extravaganza at the Palais de Festivals sees them connect the company’s clients and peers from their six offices - LA, New York, London, Berlin, Amsterdam and Tokyo. But for reasons we are all hyper aware of, this was obviously put on hold (save your pitches for 2022 - we hope!)
However, despite putting the usual festivities on pause for MassiveMusic (and for all live music events in 2020), the pandemic did do something quite extraordinary in the field of music and sound - it accelerated a number of new social behaviours and trends. Everything from an increase in audio-only listening (podcasts, radio, audio books), to an 8.2% increase in music consumption in the UK which the BPI attribute to a new wave of talent driving streaming growth and increased A&R and marketing investment at record labels. Now, as the UK faces a roadmap to social interaction, all of this could change once again. However, the connecting factor in all of this is the social value of music and sound - a purpose that has always driven the various services at MassiveMusic from strategy and sonic branding to production, composition, licencing, sync, music activations and talent.
For Music Production Director at MassiveMusic London, James Bargent, brands are on the precipice of something very important - a sink or swim moment where they will either continue to build trust and engage customers or miss the boat entirely. “Music plays a more important role in the communication world compared to 20 years ago, and rightly so,” he says. “It’s not to ‘simply’ spice up a moving picture anymore, it has become an essential asset of a brand. It helps to trigger recall, to tell a story and to cohesively cater to all touchpoints. Global market research specialists, Ipsos, published its ‘Power of You’ report, which shows the power of sonic brand cues, which are around eight times more likely to result in high brand attention. Both in the advertising and the branding worlds, sound is the common denominator if you want to stand out.”
Building on this idea and the need for a focus on music, James continues, “Advertising both reflects and informs culture. The most creative and effective brand marketing tends to recognise their place in the world and react to what’s going on in an authentic way. This is how the most successful brands build trust and I think it’s going to be a really important focus for marketers this year. For obvious reasons, some brands have gone quieter than others but what we know about the new roadmap is that there’s going to be a surge in advertising. In order to engage again, some brands are going to have to rebuild that trust and familiarity with their customers whilst others will have to maintain newfound interest. One of the best ways of doing that is through music, because it gets straight to people's hearts.”
James took on the role of Music Production Director in January 2021 and, as we steamroll into perhaps a next phase in social behaviour, feels it is important that the London office will spearhead a conversation around the future of music and sound with boundary-pushing British creative leaders.
“It's the responsibility of businesses in our field to champion the best talent,” says James. “The UK has historically been a creative global hub. And it continues to produce world-class creative work. It's so important to learn from the people who are heading for legendary status and have been at the top of their game for some time but it's equally important to learn from the next generation, the disruptors, the people coming in with a fresh perspective, who aren't afraid to do things differently. We want to champion that at a time when we can’t have these conversations in person.”
The series will explore a number of different topic matters that play into the overarching theme of the future of music and sound:
- Music and trust building post-pandemic
- Music, sound and technology
- The ‘Sound On’ approach to social media and activations
- The value of creativity in music and sound
- Remote working and the talent market
Talking about why this series will live on LBB, James explains: “We’re partnering with LBB on this because it has always amplified voices that you might not ordinarily hear from. It's a platform that gives us (in the creative industries) a space to share candid opinions and perspectives. And, with the world unable to connect in person, platforms like LBB have been so important for us to feel connected as a creative community.”
LBB CEO Matt Cooper comments: “MassiveMusic have for a long time been a global leader where the advertising and music worlds collide. Their London office was a benchmark for talent and we believe they have hit on an extremely important topic for our audience - the future of creativity and the value of craft. We’re intrigued to hear how the UK feels the future of music and sound could transform the world.”