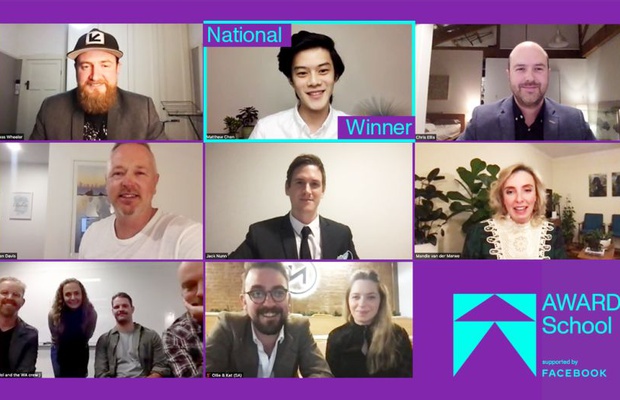 Matthew emerged as the winner ahead of more than 208 students in a year marked as one of AWARD School’s best, with a hugely successful programme including participants from Indigenous communities, regional Australia, New Zealand and Hong Kong.

Caitlin Hall from New South Wales, Joshua Gilsenan from Queensland and Gemma Easton from South Australia took out the top gong in their respective states for their incredible body of creative work developed throughout the year.

As National Top student, Matthew received a coveted AWARD School Black Pencil and state finalists a Gold Pencil equivalent. All will be flown to Sydney in November to attend the annual AWARD School celebration as part of This Way Up: Australia’s Advertising Festival of Creativity (Nov 3-9), where they will attend industry lunches, key speaker sessions, a ‘talk and tour’ at Facebook Australia HQ, and will meet leading industry creatives from Australia and abroad. 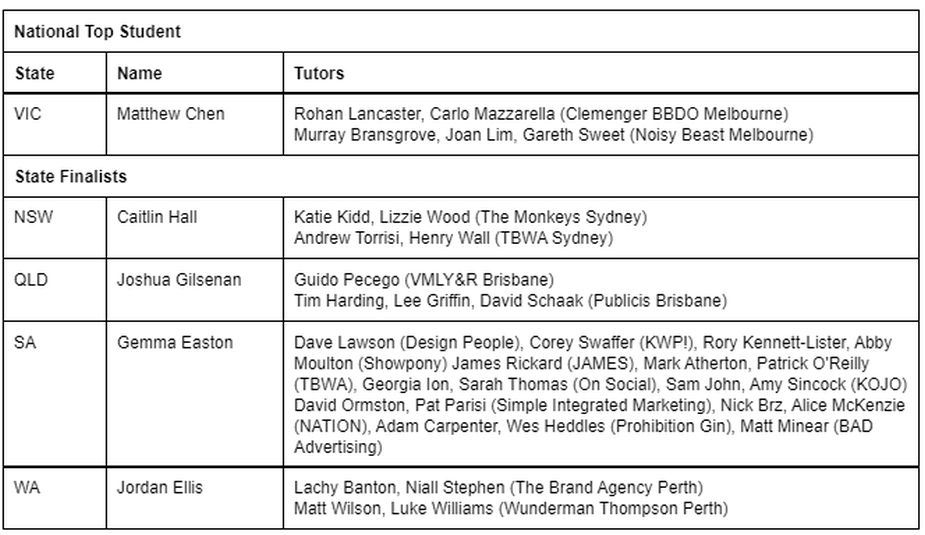 “For these reasons, his portfolio stood out to nab the ultimate National Top Student prize. Matthew is following in the footsteps of the likes of David Droga and he should be congratulated for that alone,” he said.

"I love the simplicity of some of your print and your television work,” said Stapleton. “Simplicity is the ultimate form of sophistication,” he said.

AWARD and Advertising Council Australia would like to thank this year’s school heads, tutors and speakers who continue to make the AWARD School program a success, and AWARD School principal sponsor Facebook Australia for its ongoing support of the next wave of Australia’s creative talent.

"A massive congratulations to the AWARD community on an excellent 2021 AWARD School and thank you to the students, tutors and organisers for your dedication,” said Facebook Creative Agency partner ANZ Liz Harper.

“AWARD School has long been a linchpin for aspiring advertising creatives in Australia and the creative industry overall, and Facebook is proud to support all of you on your journey to building ideas that bring people and communities together,” she said.

Two new initiatives in the AWARD School this year include Brief 9 and Brief 10, that encourage students to think outside the square and laterally apply their creative skills to real-world scenarios.

Brief 9 encouraged students to develop a campaign for AWARD School itself, treating themselves as the target audience and thinking creatively to attract others like them to the course, while Brief 10 saw them apply their honed skills to come up with ideas for new business ventures, products, services, tech and entrepreneurial pursuits outside of the realms of advertising.

This Way Up: Australia’s Advertising Festival of Creativity Rescheduled to 2022