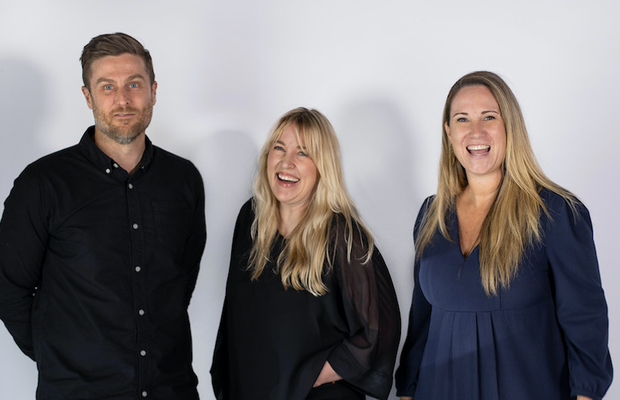 M&C Saatchi Melbourne are showing no signs of slowing down, as the agency today announces three key new hires. The growth of the business sees the appointment of two new group account directors, Nat Downes and Milly Scott, alongside new Garth Moring who comes on board as head of media.

Says Michael McEwan, managing director AUNZ, M&C Saatchi Australia: “First and foremost, we are a team that likes each other. Being able to find and attract talented people is one thing, but what really matters is how that team comes together, how they lift each other to create great work. Milly, Garth and Natalie are exceptionally talented but more importantly wonderful people leaders.

“Our consistent growth over the past 12 months have provided opportunities for our talented team. We are grateful Milly, Garth and Natalie have chosen to make M&C Saatchi their home.”

With 16 years’ experience in the industry, Nat Downes has been fortunate enough to work in some of the best agencies in Australia, New Zealand, and Thailand; she brings with her a relentless appetite to strategically solve problems and would identify as a creative loyalist who prides herself on building enduring relationships.

Says Nat: “M&C has been an agency that I’ve watched and aspired to work with for a very long time. I feel fortunate to have joined the impressive Melbourne team at a time of such growth and opportunity.”

Garth Moring is also joining the Melbourne team as head of media – a new role that will bring the agency’s creative and media offering together, creating a competitive advantage for the team and respective clients. Garth joins the team from Cummins & Partners with 15 years of network and independent agency experience on clients.

Says Garth: “I’m excited to join an integrated agency that combines the power of creativity and consumer context to create more meaningful brand connections. Today’s fragmented market requires cohesion and we’re in a strong position to deliver this to help drive brand growth for our partners.”

Says Brett Dawson, CEO at Bohemia: “Garth is a media all-rounder with a super power in connections planning and is competent in end-to-end media including performance. The role will allow us to extend connections thinking with an on the ground role in Melbourne.”

Milly Scott will be joining the agency to lead the Origin Energy team, an account which the business picked up in early 2021. Scott has worked at leading agencies across Australia and New Zealand including Colenso BBDO, Clemenger BBDO Melbourne, FCB Wellington & Ogilvy Melbourne for over 20 years.

Says Milly: “Like anyone who believes in creativity, I want to be part of bringing something truly special to life. I’m also thrilled to be reunited at M&C Saatchi Melbourne with some of the people I’ve respected most, in my agency experiences.”

M&C Saatchi Melbourne has experienced unprecedented growth since McEwan took the reins in late 2019. Since his appointment, the business has won multiple accounts including the Victorian Government’s COVID-19 Response, Federal Government assignments, Origin Energy, World Vision – as well as appointing a number of key leaders including Mike Hyde as head of strategy and Jayne Brady as business and operations director.

How to Play the Game: Streamers and Creators

Planning for the Best: Finding Solutions That Are Not Just Ads with Melinda Lofts