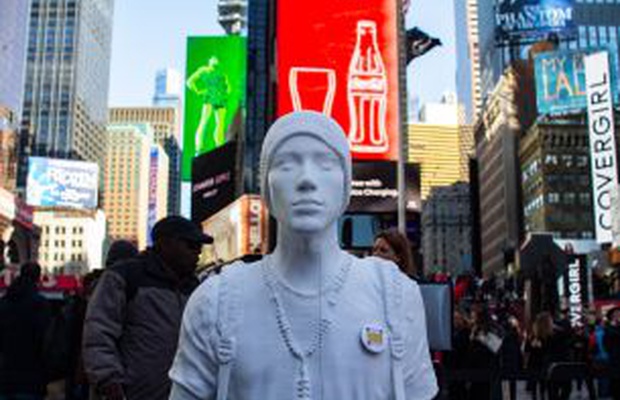 As of October 25th, 2018, #GuacIsBack. A statue of teen Joaquin 'Guac' Oliver, one of the victims from the Marjory Stoneman Douglas school shooting earlier this year, will appear for the first time in New York City’s Times Square for his first mission: protesting 3D guns.

With 3D printers, getting a gun can be as easy as downloading it. “These dangerous devices can be made on demand, can bypass security checkpoints undetected, and have no serial number, thus making the guns untraceable,” explains Manuel Oliver, Joaquin’s father, and founder of the Change the Ref organisation bringing the project to life with the help of ALMA Advertising Agency.

Using the same tool that prints these firearms, the statue is a life-sized printed replica of Joaquin holding a flower – a touching nod to the bouquet he was holding as he died which were a Valentine’s Day gift for his girlfriend. The statue will be wearing a pin, which can be scanned from any smartphone and leads to a site collecting petition signatures to demand regulation on 3D guns. The activation also encourages visitors to sign up to vote ahead of the November 6th midterm elections and fight to get rid of over 30 pieces of legislation against gun control.

“It’s an unfortunate reality that these sneaky, deadly weapons exist,” says Iu La Lueta, ECD of Content on the ALMA team. “But we’ve found a way to fight back with their own tools.”

“We’re hoping that by bringing Guac back, we can motivate citizens to make some real change,” explains Virgilio Flores, creative director on the ALMA team.

“The Taste of Diversity. The Colour of Inclusion.”

What We Can Learn from Latinos About Being in Crisis Mode