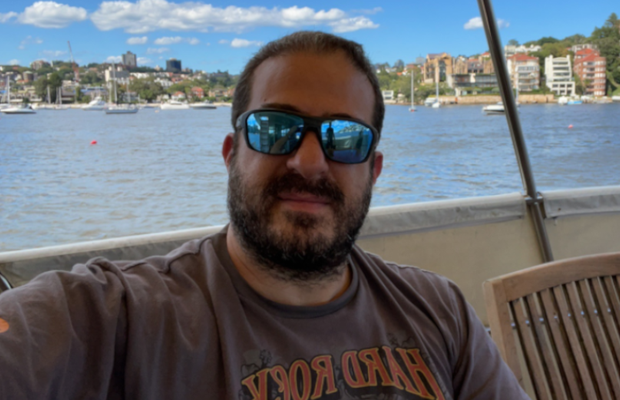 Aasia Productions' Gil Kahn spent the first part of his career covering conflicts and disasters worldwide, shooting and producing award winning news and documentaries - notably Oscar nominated “Burma VJ”, before deciding to expand into TVC’s, series, features and corporate videos. For the last decade he has worked on a multitude of projects across various genres and his portfolio includes productions for major MNCs such as HSBC, AIG, JP Morgan Chase, prime networks including Nat Geo, Discovery, Netflix and some of the world’s leading brands, most notably, luxury cars and consumer products such as Infiniti, Lexus, Mercedes, Dulux and Samsung.
Here he explains what he's learnt over the years as a producer and what he believes are the ingredients to a successful production.

Gil> My first job was for a stage light and sound company, carrying heavy speakers and light trusses… so I guess that while other kids where delivering pizzas, I was already in Show biz…

Gil> I interned in French TV at 17, driving the crew at 5am to Disneyland Paris every Sunday and Wednesday for a bi-weekly Disney channel live show, and 2nd division football in crappy little towns every Saturday… Then doing mind numbing tasks like looking for ‘drops’ in 1000’s episodes dubbed German dramas… Somehow, that sucked me in?!

Gil> Associated Press taught me the basics, the rest I learned on the job. Still learning.

Gil> The most challenging productions in the beginning of my career, were documentaries in war zones and disasters. No better way to learn to prioritise, think quick and find effective solutions, than someone shooting at you while you’re filming.

Gil> Absolutely. There’s way too much pigeonholing in our industry. A producer is probably the most versatile profession on the planet. A good producer can just as well run a factory, an Army brigade or a hotel. As soon they get their mind wrapped around the details.

Gil> Something different almost every day.

Gil> A lot more assholes and kids have joined. But, we have better gender balance on set, more awareness of safety and other issues… and a lot more restrictions.

Gil> A lot of assholes are still here…

Gil> I think it’s a mix of both. You need a natural ability to simplify and break down complex ideas into bite-site bits that you can feed to the right departments and personas. At the same time, you need the experience to understand all these parts and their abilities and constraints.

Gil> I recently worked on a TVC for an accounting firm. You’d expect it to be the most boring shoot… only it was directed by Michael Gracey (From The Greatest Showman), who’s a genius and really nice to work with.

gIL> After over a decade of wars and disasters, it’s hard to find one… But ‘Tactical landing’ (Aka almost crashing) a Helicopter in the middle of Afghanistan might be up there in the top 10.

Gil> I hope more clients around the world start seeing Singapore’s potential as a location for versatile filming, and we can gradually work on bigger and longer international projects here.

LBB> As a producer your brain must have a neverending "to do" list. How do you switch off?

LBB> What do you do to relax?

Gil> Don’t take yourself too seriously. Be humble and always be open to learn from the right people.

Gil> Experienced clients that are realistic, and dedicated producers that really understand the client’s vision. A collaborative spirit rather than a hierarchy.

LBB> One specifically for EPs: Producers are naturally hands on - they have to be. How do you balance that in the more managerial role of an EP?