The Mill LA's senior producer on her first steps into production, innate qualities you can’t teach and the challenge of training new team members remotely 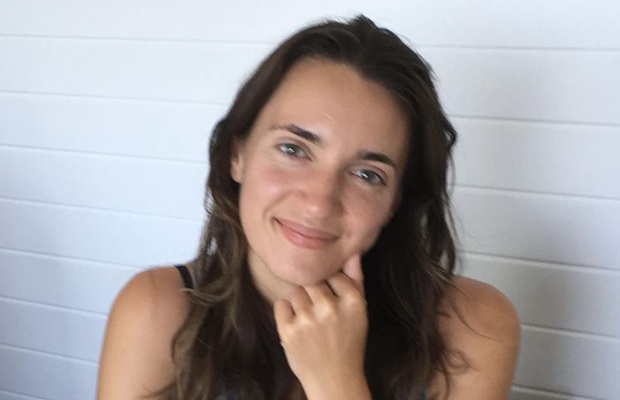 Holly Dyroff is a senior producer in The Mill’s Los Angeles studio where she works with directors on concept-through-to-delivery projects. Holly has worked with Facebook, Google, Quibi and YouTube to name a few and credits much of her success to starting her day with Vegemite toast.

Holly> My first steps into production were probably more of a toddle! I come from a creative family who are in the industry, so I’ve been exposed to both live action and post production from a young age. I think the initial attraction was a love for beautiful design. As my career continues I’ve become equally passionate about watching artists grow and supporting them in their pursuits. My background is in journalism, but during college I worked on a handful of theatre and web series productions which was a great training ground – if you can get a group of college students organised – which is like herding cats - I think you can basically do anything.

Holly> I first started out at M&C Saatchi with an agency internship during school. I was incredibly nervous and probably owe a bunch of apologies to a few industry giants for making genuinely undrinkable coffee. M&C had recently started working on a government account that was launching a nation-wide educational campaign around the negative effects of binge drinking culture, I pulled together some research and came up with some white sheet concepts which got workshopped and eventually submitted to the client as the recommended direction. I got some first hand insight into the value of having a truly collaborative culture, it also taught me early on the virtues of avoiding the free snacks in the cupboard.

Holly> At the risk of sounding a bit ‘goop’ I think we’re always learning, given the hands-on nature of the job I think the best way to gain experience is by doing. I have to credit a lot of the training I received early in my career to a handful of amazing executive and senior producers who took the time to invest in me when my best guess at what ‘rigging’ meant was that you had a six pack. I’m a big believer in there are no dumb questions, I love asking my co-ordinators how they would approach production challenges (you’re only as good as the people you work with), and when in doubt I try remember The Mill mantra of be kind and work hard.

Holly> I want to say The Resolution Design Christmas Party from 2015. It’s one thing to manage client expectations, but nothing is as challenging as organizing an all-staff Christmas party. That was a high risk and high reward scenario.

Holly> I completely agree with this statement, except when it comes to your personal life, which I try to avoid producing at all costs. It’s one of those classic ‘hairdressers never cut their own hair’ situations.

Holly> The fact that no two days, projects, clients or creatives are the same. I also value the relationships I’ve been able to make at The Mill LA studio, there are some genuinely tough moments when a project hits crunch time, but our incredible artists get you through it and I think that sense of comradery that keeps you from throwing your hands up in the air and driving off into the horizon.

Holly> I think one of the major changes that continues to impact my projects is how to facilitate a creative and inspiring environment for artists while continuing to work remotely. There’s always a strong logistical side to production, but on a deeper ethos level I’m a big advocate for working to ensure that the creative always comes first. I think one of the main challenges we face is to help our artists feel connected and to nurture the pursuit of creative excellence.

Holly> I think there’s some innate qualities you can’t teach – anticipation, timing, or even the way you might ask your amazing art director to please stay back just a bit longer because there’s only one more change (I promise) and you can come in late (I mean it) and we will magic up fresh juice and pastries as a small but effective bribe (thank you).

Holly> From a creative stand-point I love the work we did on Pussy Riot for Future Classic with Ilya Abulkhanov, I think it’s a great example of where the creative team had a lot of freedom and the client encouraged us in making bold unapologetic creative decisions. It was one of those dream projects where The Mill really got excited about the messaging on female empowerment and human rights and I think we’re all extremely proud of the end result.

Holly> Riot Games ‘Feels Like Summer’ with Kwok has a special place in my heart as it’s a great example of what The Mill Direction team does best which is concept through to delivery projects. Our Creative Director, Kwok really embraced the playful script and developed some charming 2D character designs with a hand drawn cel animation execution. I loved this project not only because we were able to really dial in to the Riot culture and celebrate LCS fans, but also because it was a a great representation of us working as One Mill with teams based out of both our LA and London studios.

Holly> I can’t tell you about the situation, but I can tell you that we got out of it with a bottle of excellent Japanese Scotch.

Holly> Since working remotely I’ve found the challenge of training new team members has become more important than ever, so much of what I love about The Mill and production in general is that you often train from the ground up on the job. This past year I worked with a few of my colleagues on creating what became a month long integrated training framework  that was built to compliment any newer staff members project timelines and included a combination of sessions/tutorials and one on one meetings. I was surprised at how rewarding this experience was and it’s definitely sparked my curiosity in looking at some of the bigger picture departmental roles in the future.

LBB> As a producer your brain must have a neverending 'to do' list. How do you switch off? What do you do to relax?

Holly> One secret to getting through my to-do list has always been to go to a quiet corner of the office with a cup of tea then switch on some kind of deep electronic music.  As boring as it sounds I find it really relaxing when my to-do list is empty. If I ever have an epic bid to topple or schedule to build it helps with a flow state - I have never told another soul that and will probably never live this down, but to this day it perplexes me - I don’t know why this works but it does?! My current rotation includes bicep, fourtet and a bit left of centre that I hope your editor has the good sense to edit out to help me save face, Abba.

Holly> Two cups of strong black coffee - my grandad was a feature film editor and used to recommend up to ten a day.

Holly> There have been a few moments in my career where I was thrown in the deep end and those are the moments to embrace as that’s where you find the most growth. I used to be concerned if there were elements about a project that felt unknown, but now I try to embrace those ambiguities as questions are a really normal part of the process.

Holly> Good creatives who don’t just give the client what they want but go beyond that to really guide them during the creative process and find new solutions.

Holly> I think the most successful relationships I’ve had are always partnerships, it’s perfectly normal for things in production to unexpectedly change, but having someone you can be transparent with can help reach solutions quickly. I think the key for a successful producer is to really listen to what the client needs and my favourite question ever is: what’s the first priority?