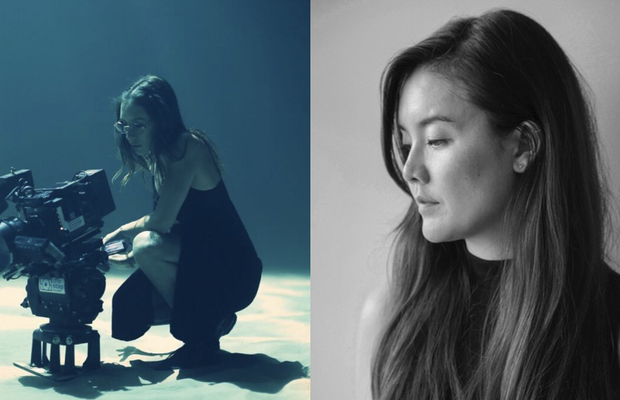 International production company Great Guns has today announced that directors Melody Maker and Suzanne Kim have joined its growing roster. Melody joins for representation in the USA, while Suzanne will be represented globally outside of Australia.
Oliver Fuselier, MD and EP of Great Guns USA, comments: “Both Melody and Suzanne are huge talents in their own rights, and I am proud to represent them both in the US market. Melody seamlessly blends live action and visual effects while maintaining a human, authentic feel to her work. Suzanne’s storytelling, meanwhile, pulls at your heartstrings and her portrayal of women in particular is so captivating. These two fantastic directors give Great Guns USA a broader reach with our talented and ever-growing roster, and I can’t wait to see what they have in store for us.”
Melody Maker
Melody Maker has one foot in the real work and one deeply intertwined in fantasy and visual FX. Having begun her career as Creative Director at BOY LONDON, Melody honed her skills in photography and filmmaking before going on to direct the striking music video for Gorgon City’s ‘Go Deep’. Inspired by both in-camera effects and the power of VFX, Melody’s work marries live action with other-worldly CGI, combining camera trickery with bold visuals. Her inquisitive mind allows her to dive deep into the world of storytelling with an honest approach to filmmaking. This often leads to beautiful, provocative outcomes and an obsession with movement both in front of and behind the camera.
Throughout her career, she has created award-winning work for musicians and brands including Anthony Joshua, Mahalia, Greentea Peng, Nike, Herbal Essences, and OPPO.
Melody Maker comments: “Working with Great Guns as my US representatives is a fantastic achievement. I hope to complement the incredible work I have seen them produce over the years and add my own style and visions to their exciting US roster.”
Suzanne Kim
Korean-Australian filmmaker Suzanne Kim creates bold and beautiful visual narratives that delve into the heart of imagination, resulting in lyrical meditations on life. She draws inspiration from her love of photography, film, anime, music, dance and theatre – all of which influence her ability to craft unique transitions, dynamic angles, and rhythmical editing in her work.
Part of the team leading Free the Work Australia, Suzanne has a particular interest in anchoring female narratives at the center of her work, grounding them with a strong political awareness and an intimate, often documentary-style of shooting.
Her collaborative spirit has enabled work with brands Procter & Gamble, Aesop, Kellogg’s, Coca-Cola, Red Bull, Virgin, The Guardian and Sydney Opera House. Her work has been awarded and shortlisted at various festivals including New York Festivals, BAFTA-qualifying Aesthetica Film Festival, Australian Cinematographer’s Society Awards, Adfest, and Clipped Music Video Festival where she won Best Director 2019.
Suzanne Kim comments: “I’m thrilled to be joining such a talented family of filmmakers and leaders at Great Guns. Their amazing reputation is a testament to their genuine passion for storytelling and nurturing talent. I’ve had such a blast getting to know Laura, Oliver and the team who all hold such high standards for the work Great Gun produce – but know how to have fun along the way. I’m so excited to shoot some bold campaigns in the US with the GG family, especially ones that are anchored in my love for sports, but crafting an emotional response and telling stories in an unexpected way is what excites me most.”
Laura Gregory, founder of Great Guns, adds: “Suzanne started directing after a successful career as a producer for some of the best production houses in Australia. A director with a producer’s heart has solid roots and it shows in her work to date. For an emerging director there’s an air of confidence that shines in all of her work and her production background instantly eliminates any ‘risk’ associated with using a new director. She really has hit the ground running. My personal favourites to date are the music video for Lazy Colts ‘Be The One’,  the documentary ‘The One In A Hundred’ and her work for the sport brand Running Bare.  She has an exciting future ahead of her.”