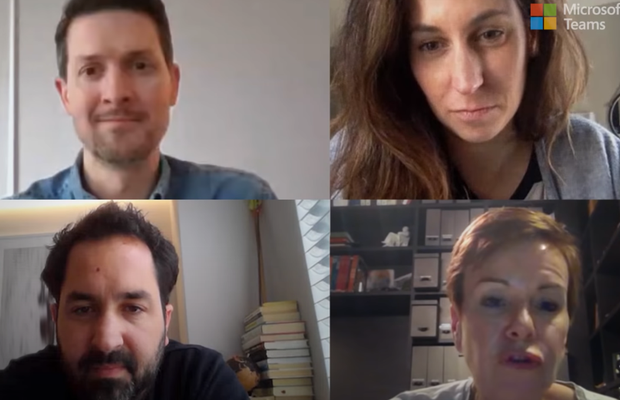 As a result, lots of people, companies and organisations are using Microsoft Teams. St. Luke’s Health is saving lives. The London Metropolitan Police are keeping people safe. L’Oreal is making much needed hand sanitiser. And Università di Bologna continues to educate. And there are many more inspiring stories as well.

"We believe that this sudden, globe-spanning move to remote work will be a turning point in how we work and learn," said a related press note. "Already, we are seeing how solutions that enable remote work and learning across chat, video, and file collaboration have become central to the way we work. We have seen an unprecedented spike in Teams usage, and now have more than 44 million daily users. All while keeping people’s information in Microsoft Teams safe and secure."

Microsoft, with the help of its agency McCann New York, is sharing the inspiring and encouraging stories of the people, companies and organisations using Teams to make a difference in the world.

This series of films was created entirely on Teams. There was no director, no crew and no traditional video shoot. With the help of these real people using Microsoft Teams, the entire 'production' was captured on Teams, during real Teams meetings. In the end, it's an inside look at how people everywhere are connecting, contributing and working through these extraordinary times.

Kathleen Hall, Corporate Vice President of Brand, Advertising and Research, said: “In these challenging times, the CTOs/CIOs of companies have become first responders. We are proud that Teams has enabled their businesses to continue running seamlessly.”