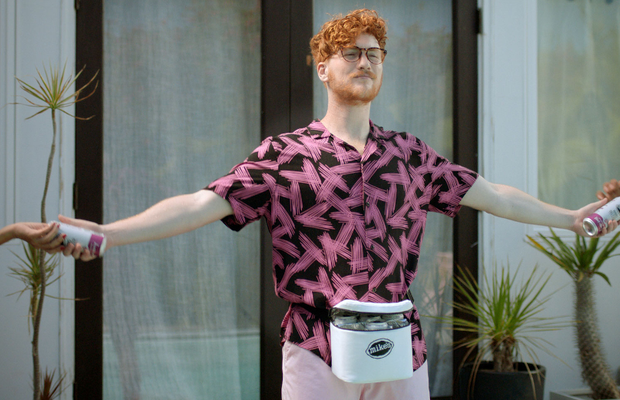 mike’s Hard Seltzer has teamed with creative network FCB to launch a new tagline and advertising campaign, ‘Refreshingly Obvious’, designed to establish the brand and differentiate this new product in the UK.

Mike’s Hard Seltzer is a new type of alcoholic drink that provides maximum taste and refreshment with reduced calories. mike’s uses real fruit flavours, is vegan and gluten free and is full of great flavour. It’s essentially an alcoholic sparkling water, without the artificial sweeteners that you might find in other ready-to-drink beverages. The hard seltzer trend is one of the biggest that the beverages market has seen in recent years and is set to continue to skyrocket as people look for a light, refreshing beverage this summer.

The campaign was created by FCB New York in collaboration with FCB Inferno. The films are directed by Mike Bernstein, whose impressive portfolio ranges parody through comedy and includes work for the likes of Saturday Night Live, Funny or Die, and Comedy Central, to name a few.  The agency specifically sought a director who would align with the brand’s ethos of keeping it real, having fun, and not trying too hard, and Mike’s style, sense of humour, and directorial vision aligned perfectly with these values.

Each of the three main spots introduces a playful invention designed to solve an obvious problem by making summer drinking easier and more refreshing: the Vacooler which hoovers your deck while serving up mike’s, the Fanny Six-Pack cooler (that’s a bum bag in the UK) to hold your mike’s when your hands are full, and the Can-noodle, which keeps your mike’s cans at hand by the poolside.

The campaign was born from the idea that, when you consider all the dumb stuff people have created (hoverboards that don’t hover, silent discos), it’s a wonder that it took this long for us to make mike’s Hard Seltzer: a simple and delicious blend of alcohol, real fruit flavour, and sparkling water. When you think about it, really, it’s refreshingly obvious.

Mike Bernstein said: “I really wanted to commit 100% to giving each of the ridiculous inventions that served as delivery mechanisms for mike’s Hard Seltzer with as much authenticity as the cans themselves. That meant no matter how silly they were, everything had to actually function properly for the camera. The humour is in the believability. Hopefully people are laughing at us for putting so much effort into making these funny things real, and that deep down, they kind of want one. I’ll feel very proud If anybody gets upset they can’t buy them for real. It’s a fun way of working, because the ads are really for the Mike’s Hard Seltzers, which are kind of like the products inside the products. It’s a real Russian Doll situation.”

Gabriel Schmitt, FCB New York chief creative officer said: “We are always hunting for insights that strike a nerve not only with audiences but with culture at large. It gets that much better when that allows to have so much fun coming up with refreshingly obvious things gen Zers want. Just like mike’s Hard Seltzer.”

Caitlin Partridge, global marketing director at AB InBev added: “mike’s is a brand that never tries too hard. Our Hard Seltzer is a refreshing blend of sparkling water, alcohol, and real fruit flavour. It’s really not complicated. But many people still don’t know what a Hard Seltzer is, so we wanted this campaign to help build that understanding, while introducing our audience to the playful, never take ourselves too seriously, personality of the brand.”

The films can be seen online, with out of home and radio supporting. Media is being handled by Vizeum and Draftline.