For a few moments in 2020 it looked like advertising was going to change how it represents and works with Black people. In her new column, Prettybird’s UK head of new business Mia Powell considers how they might do that without commodifying people 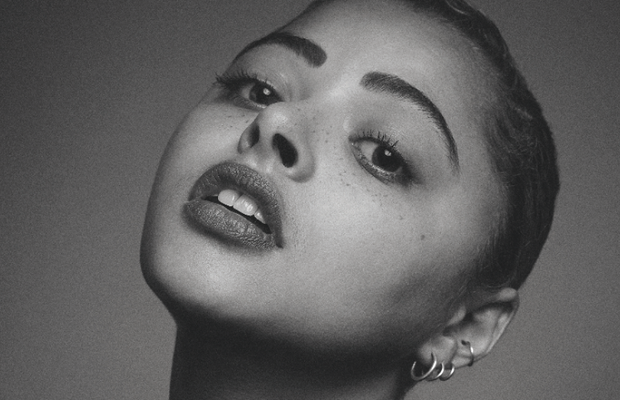 I know we’re all still trying to belligerently sweep 2020 under the rug but let’s face it, she’s still rearing her ugly head into the first, second (and most probably third) months of this year, and as with Covid-19 I seem to be stuck in a bit of D&I time loop.
Back end of last year we saw an influx of new kinds of faces (mainly Black) on screen – and  in lead roles – shocker! No really, it genuinely was shocking, in a good way. We can put that down as a direct response to the Black Lives Matter movement, catalysed by the killing of 46-year-old George Floyd on May 25th, 2020. It seemed we were witnessing a major wake up call for most.
Shannie Myers, The Elephant Room put it really well: “I’d like to know why it has taken a man to die, a world to protest and an online movement telling you Black lives matter for you to consider that Black talent is worth investing in.”
We all (I hope) took a moment to think about our positioning in this world, our relationship to one another and our allyships with the Black (queer and trans+) communities. We were galvanised to change the industry, “powerful” statements were upchucked onto socials and pledges were signed in order to really act on the inequality and lack of representation. Really though, if we're honest - all that was actually happening was agencies and brands were having a total freak out.
For a few moments adland went from really fucking bleak, for many of us, to then spotting a faint hopeful light at the end of the tunnel. But then as you take a few timid, but trusting steps towards the light, you plummet down a hole of “unconscious bias” meetings and come out the other end feeling on edge and even more anxious that you are, actually, a secret racist. It’s fascinating how we as a society can fully accept WAP as a cultural moment but a Sainsbury’s Christmas spot singing about gravy is just way too taboo. This in itself feeds into the automatic patterns of bias where certain images of Black people are allowed and some aren’t.
Call me cynical, but corporate entities trying to get their “houses” in order by shouting from the rooftops “we need a Black director” is not actually a healthy way to go about addressing the issue. Cue the influx of Black content from brands struggling to find a message that says “we’re here for you too”. I find it problematic for a number of reasons: it fetishises Black culture and becomes a fad, instead of a behavioural shift to become more inclusive.
Underrepresented groups of people are being used as an aesthetic tool to sell products, and then heavily rely on a Black/Brown director to validate an insight which has not necessarily come from the community. Phrases like “positively anti-racist campaigns” actually make me gag a little. But it has now become a prefix which undermines not only the talent of Black directors but also of any kind of director. What worked for Free The Bid has not so easily translated for people from non-white ethnic groups. Reason being? The gravity, history and weight of the conversation is not the same and we need to approach it differently.
What would be soooo fun is if we could just exist in a workplace culture that is open about culture and the fact that there are so many multitudes to it.
Just because you get someone Black to direct your work does not validate you as an advocate for Black people. Am I saying you have to be Black to film Black people? NO, but will you be giving them an authentic voice if you’ve done research into the community? Yes. Do all Black people share the same values and outlooks? No. Do we want to be represented fairly and wholly? Yes. Is using our skin colour as a way to promote a brand/object/commodity OK? No, of course it is not. That is dis-crim-in-ation. Is employing our community to give you insight to sell a product OK? Of course it is! We just wanna be paid bro.
Tokenism doesn’t just go for the people directing of course, and I’m really not trying to slap your wrist I’m just saying, please don’t just employ a Black person for your diversity and inclusion team because of their skin colour, make sure they have the goods to back it up too! Being Black does not make you an expert on diversity.
The intentions are good so let’s ensure it's authentic, from the ground up, top down.
Finally let’s come back to the cunnilingus moment I was talking about earlier. Megan Thee Stallion and Cardi B are genuine wild rambunctious beings and the world LOVES THEM FOR IT, we welcome them with a warm embrace, we hum along whilst they talk about being choked, we let our kids twerk it out on TikTok. The message, although pretty steamy, is one from the authentic voice of the artists which alleviates the threat of fetishization because they have total ownership over it, even if directed by a white male (Colin Tilley). In order to eradicate fetishization in advertising, we need to be given back ownership over our social currency, let us in the room and let us collaborate with you. DonYe Taylor put it so well: “take me off your mood board. put me in your board room”. Lest we forget that a measly 14.4% of the industry in the UK is from non-white ethnic groups. Come on guys, it’s 2021 not the Dark Ages.
So, what to do and what not to do? – it’s pretty simple. Tell authentic stories or have authentic insights. Keep involving us in front of and behind the camera. Employ more people from underrepresented backgrounds, don’t make them feel like a leper (we don’t bite), make good work. Simples.