Havas London's Flow Your Own Way, for new Three Fold range, champions self-expression in all its forms with choreography from This is America's Sherrie Silver 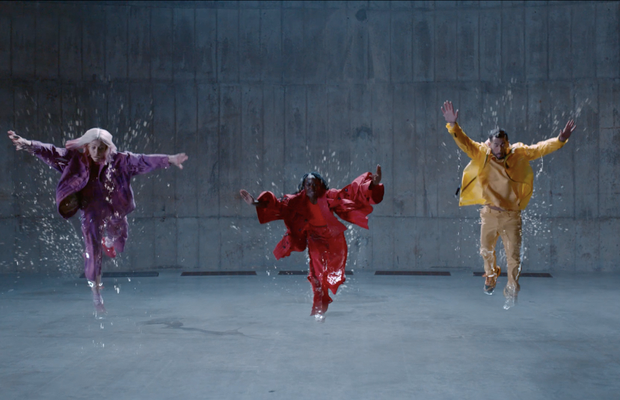 Molson Coors has launched its brand-new hard seltzer, Three Fold, into the UK with an energetic, £5m campaign aimed at adults who revel in the joy of self-expression. Flow Your Own Way, from creative agency Havas London, celebrates people who defy categorisation to flow their own way – whenever, however, and in whatever way feels good.

It does so through a fast-paced film centred around the liberating freedom of movement – featuring an all-star cast who, by nature, refuse to simply ‘go with the flow’. It is choreographed by, and stars, Sherrie Silver – best known for Childish Gambino’s This Is America, which won an MTV Video Music Award for Best Choreography, as well as her work with artists including Lady Gaga, Rihanna, Cardi B, Nicki Minaj and Harry Styles.

Silver is backed by Katie McDonnell, a stunt performer and freerunner with credits including Star Wars: The Rise of Skywalker, Wonder Woman 1984 and Resident Evil: The Final Chapter, and Yaman Okur, an experimental, multi-discipline movement designer who’s worked on and featured in numerous Madonna tours, as well as creating and starring his own show, 1mm Au Dessus Du Sol.

The resulting film, set to up-tempo earworm No Unga Bunga by James BKS, is a visual and auditory collision, bringing to life Three Fold’s purpose – to champion self-expression in all its forms – and its Flow Your Own Way ethos. Launching today and running throughout the summer, it is supported by video on demand, out-of-home and social activations, as well as influencer partnerships via Havas’ sport, entertainment and culture hub, Cake.

It was created by Havas’ Mark Whelan and Mark Black, and shot by Bandits Production’s Ady & Matt – whose backgrounds span dance, choreography and music videos and production – through Hungry Man.

It marks the above-the-line launch of Three Fold, which is available at retailers including Morrisons, Ocado and Amazon, into the UK market. Three Fold, Molson Coors’ brand-new hard seltzer, combines just three things – sparkling water, natural fruit flavour and 4% alcohol – for a refreshing three-fold experience. Clean, crisp and with a light taste, it launches with three flavours – Red Berries, Tropical, and Citrus – and has been created for and with legal drinking age Gen Z at its heart.

Charlotte Revill, Three Fold brand manager at Molson Coors adds: “We wanted to create a new kind of drink, for legal drinking age Gen-z’ers who don’t like to be defined but flow their own way. This campaign brings that spirit to life beautifully. Whether it’s standing out on screens or standing out on the shelf, Three Fold grabs your attention and makes you sit up and take notice. We’re really excited about this launch – which marks our first own-brand hard seltzer in the UK – and for the summer ahead.”

Mark Whelan, chief creative officer at Havas UK, adds: “This campaign is designed to burst onto the seltzer stage. Popping colours, flying liquids and Sherrie’s choreography have combined to make an unmissable debut for Three Fold.”