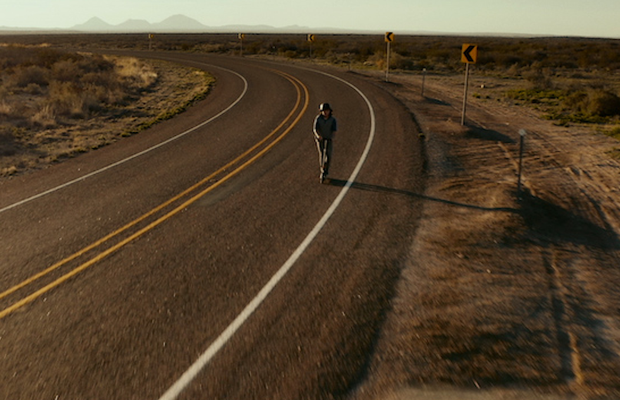 Mongoose, the beloved bike and scooter brand, has launched an electric scooter with the help of a new film ‘Electrified,’ which was created in collaboration with Rabbit Foot Studios and Lucky. The film, shot just before many regions in the US were about to fall under stay-at-home-orders, is a celebration of finding one’s own path and the mystery and adventure of the open road. As the world begins to open up, ‘Electrified’ is a filmic vision of momentum and possibility.

“Launching the Mongoose React electric scooters moved our brand into a new market. Doing this requires the right message to maintain brand integrity and inspire a new audience of consumers," comments Kevin Garczynski, Mongoose brand manager. "Everyone involved did an amazing job creating a commercial that would execute on both of these objectives while still having fun! Anyone who watches the ‘Electrified’ commercial will see the incredible attention to detail and cinematic approach."

The approach involved a close collaboration between director Jeff Bednarz and director/editor Sai Selvarajan. Working as a directing team, each brought a unique sensibility and perspective to the project which was filmed in their home state of Texas. Shot at the Salt Flat Cafe in the Guadalupe Mountains between Van Horn and El Paso, the scene was perfectly desolate and a great fit for the effect the co-directors were seeking to capture. Inspired by Mongoose’s BMX authority, the film is a nod to 1980’s cinema in an ode to modern means of adventure.

“The idea sprung from the notion of it being a 30 year storm - the storied history of Mongoose - that creates this Electrified moment,” comments co-director/editor Sai Selvarajan. “It was also the next level collaboration for me and Jeff, working side-by-side as a directing duo, that built on the teamwork of our past projects to evolve into something new.”

“To jump back in time, cinematically, and pay homage to Mongoose’s original bike when they broke onto the scene, then accelerating it forward for the new electric scooter was a brilliant concept,” agrees co-director Jeff Bednarz. “It was truly a wonderful experience to co-direct with someone you have been creating films with for the last 12 years. We both have our strengths, and we leaned on each other for them without giving it a thought.”

Creative Studio: We Ride at Dawn