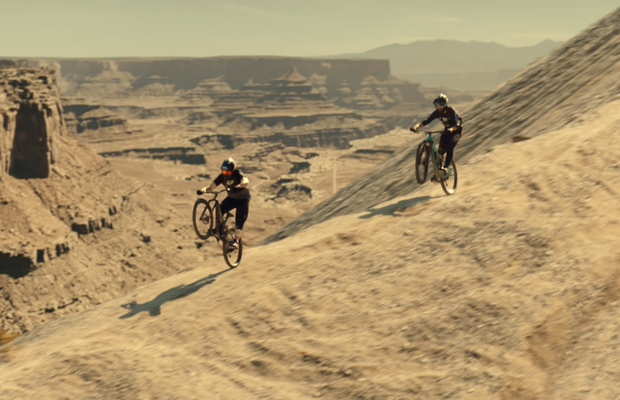 Globally-operating, innovative mountain bike brand, YT Industries, have outdone themselves with another next-level, unique approach to advertising – this time to launch the new CAPRA bike. ‘Return Of The Goat II – New World Order’ is the follow up to their debut film and stories a creative concept from YT’s creative director, Andreas John and founder/CVO, Markus Flossmann. The storytelling, production values and visual effects rival Hollywood studio efforts with unmatched star-power on screen and behind the camera, including a surprise appearance from acclaimed actor Mads Mikkelsen, further cementing the brand’s cult-like status. “It is part of our DNA to work on unique and creative campaigns to support our product launches and also amplify our brand image. Mads is an avid mountain biker himself and was convinced by the script and story”, YT’s founder Markus Flossmann explains.

Cultivated by SHIFT Active Media, the film was produced by SMUGGLER and helmed by award-winning director Otto Bathurst of Peaky Blinders fame, with complex visual effects through post-production partner, Absolute. The film follows three seemingly unconnected but parallel stories of avid mountain bikers, each eerily aware of the ever-present looming of goat-like creatures. The suspenseful and engaging storyline, alongside high-octane action sequences, offers the perfect opportunity to explore the brand’s unfaltering, dynamic ethos. Otto injects his trademark intentionality through subtle details, to create a visceral - yet nuanced - viewing experience. The propulsive narrative, underlined by the droning score, sets a high watermark for brand entertainment and a paradigm shifting event for product launch films.

With ‘Return Of The Goat II’, Otto paid homage to its prequel, while furthering the brand’s mythology and upping the stakes for what’s to come. It’s a film designed for super fans, meant to be enjoyed by a large audience and rewards repeat viewing.  It’s clever filmmaking, even smarter advertising and will certainly cut through the noise of the crowded marketplace.

“The collaboration with YT points to a new future in branded entertainment”, says SMUGGLER executive producer, Sara Wallace. “Led by the creative insight of the YT founders and their hunger for innovation in all that they do, we at SMUGGLER alongside our fearless director Otto Bathurst were given the opportunity to create something truly bold and cut through.”

Danny Duke, who heads up Absolute’s film and TV department, agrees. “YT’s engagement with their community and the passion in what they’re achieving truly sets them apart and bridges the gap between branded content and film. ROTG II was the perfect opportunity to embrace the full gamut of award-winning visual effects we’ve dedicated to commercials the past sixteen years.”