Jack Bayley, deputy head of production at adam&eveDDB, on his hopes for the future of the music industry and the power of social media 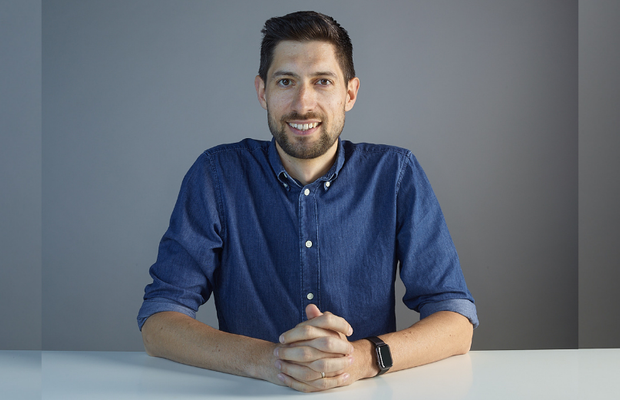 From triggering recall to enhancing storytelling, music and sound play an important role in media and marketing, becoming an essential asset to brands. Both in the advertising and the branding worlds, music is the common denominator if you want to convey emotions.

To explore the future and power of music in advertising, MassiveMusic London spearheads ‘Sonic Iconic’, a new series on LBB, inviting boundary-pushing British creatives to explore the theme.

In this interview, adam&eveDDB deputy head of production, Jack Bayley, discusses the traction of music on social media, how diverse talent can invigorate communications, and when to make listeners uncomfortable.

LBB> Music has the power to inspire people in tough times. What has been your soundtrack to lockdown?

Jack Bayley> I’m not sure the dial tone from a Teams call counts but that's got to be my most frequently played. I’m loving Fred again… and Tvvins at the moment. Otherwise something upbeat to keep the energy up.

LBB> Sound is more important than ever right now, with so many new touchpoints available for a brand to live in. Do you think brands are being creative enough with sound?

Jack> Brands are doing a pretty solid job when it comes to sound, but the big challenge they face is moving fast enough. New platforms like TikTok move quickly, music has traction in social and it’s gone before brands can react.

When Mother/KFC had ads out making light of the lack of chicken in a matter of days, the speed was impressive, but we’re not set up to do that with music and it’s very hard to predict what will take off. Layers of approvals are required to make anything happen and by the time the production machine has got into gear, something else is making waves in culture.

LBB> What are the challenges for creatives in setting a good brief for music in a campaign?

Jack> The biggest challenge is being open to where the musical journey can take them. Of course, a written brief is important but it’s not the be-all and end-all, the best work is done when everyone is open to collaboration and exploration. Ads are supposed to drive an emotional response, so you need to feel something when you watch the film.

Jack> I think it’s incredibly clear how powerful music can be when it comes to an edit. A track can dramatically change the tone of a film. It’s critical to have the time to explore music in post-production in order to get it right.

Everyone has a different relationship with a piece of music and I'm not sure about the data behind it, but a great track just feels right. Predicting how one person will react to a track over the other is another element to consider.

LBB> New social platforms like TikTok are inspiring musical trends all over the world. In advertising the need to quickly engage consumers has never been more important. What are your tips for using music to quickly grab people’s attention?

Jack> Music grabs people’s attention in different ways. Sometimes silence can be as arresting as a track. The world is trying to grab your attention every waking second through social media so there is a battle to connect with people.

We recently produced a piece of film for Hey Girls tackling period poverty and chose an abrasive composition that would make the listener as uncomfortable as possible to provoke anger towards the injustice in access to period products.

LBB> It’s been an incredible last few months where so much about our lives has been altered by lockdown. What would you like to happen with music for advertising in the next couple of years?

Jack> There is a hugely positive trend in the industry towards using more diverse, unexpected directors and I’d like to see this carry through to our music choices. It’s far too easy to rely on a big track.

Using fresh new talent to invigorate communications is part of the future. These artists have followers who feel a very personal connection to them via social media and brands can leverage that. Above all, be creative and explore.