The director, artist, and photographer joins the international production company for representation in the USA, UK, and Asia 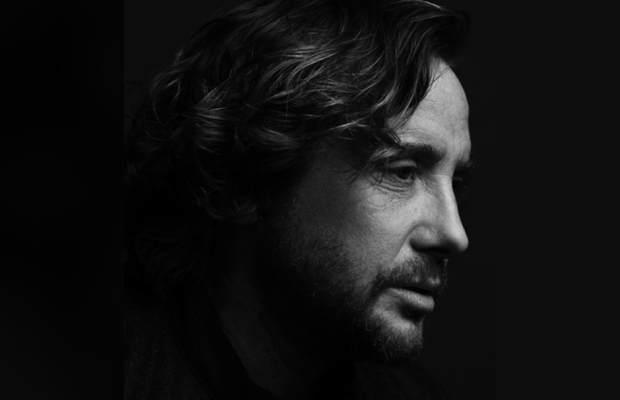 International production company Great Guns has today announced that award-winning director, DOP, visual artist, and photographer Samuel Bayer has joined its growing roster.
Bayer launched his extraordinary career with the decade-defining music video for Nirvana’s ‘Smells Like Teen Spirit’ - which now has over 1.2 billion views on YouTube alone. Since then, he’s showcased landmark visuals and a distinct editing style in music videos for David Bowie, The Rolling Stones, Smashing Pumpkins, Green Day, My Chemical Romance and many more.
Bayer’s talents extend far beyond the realm of music videos. His revolutionary ‘If You Let Me Play’ spot for Nike won the AICP Award for Best Direction, whilst his Packard-Bell spot, ‘Home’, won the AICP for Cinematography, Direction, and Production Design. His work on Mountain Dew’s ‘Showstopper’ earned him Clio Awards for Best Direction and Best Cinematography whilst his Super Bowl spot for Chrysler, ‘Born of Fire’, earned him an Emmy and five Cannes Gold Lions. His commercials for Mercedes Benz, Pepsi, BMW, and Budweiser have added to his collection of Clios and Andys whilst his debut feature film, A Nightmare on Elm Street, grossed over $120 million worldwide.
In the art world, Bayer’s one-man photography show was exhibited at the Ace Gallery in Los Angeles and a selection of his films are in the permanent collection at the Museum of Modern Art in New York. He is also co-founder of All Time Comics, an independent publisher with several titles currently being developed for film and television. His upcoming exhibition, Love in the Age of the Plague, will take place in Berlin later this year.
Bayer’s most recent projects, shot under strict Covid-19 protocols, continue to show the scale and flair he’s known for. These include the striking music video for The Avett Brothers' ‘This Land is Your Land’ and ‘Guardians’ for Sean Penn’s non-profit organisation Core.
Samuel Bayer comments: “With all my success, I’ve made a variety of mistakes in this business. They’re lessons that I’ve tried to learn from and, although I've worked with some amazing people in this business, I've never found a home that I was really comfortable at. I love Oliver and Laura’s outlook on the industry, they’re both seasoned veterans and their enthusiasm for the advertising business is intoxicating. I could not be happier than I am now joining the Great Guns family, and I can’t wait to see where it takes me.”
Oliver Fuselier, MD and EP of Great Guns USA, adds: “I’ve followed Samuel Bayer for years and recently came upon the spot he did for Sean Penn’s non-profit, Core. I thought it was beautiful and poignant, so decided to look back at his work - from commercials to music videos. I found they were as relevant in every way today as they were when he made them. After talking to him, I found that he had grown, made changes in his life, and that his work was as strong as ever. I’m so excited for him to join the Great Guns team.”
Laura Gregory, founder of Great Guns, comments: “Everyone knows Samuel Bayer’s work. I’ve watched from across the pond as he constantly breached the boundaries of most directors’ minds, time and time again with breath-taking visuals, edgy, passionate music videos and films. I’m excited to get to know Samuel and to be part of a team finding him opportunities, be they film, music or artistic endeavours in the UK, USA, and Asia.”