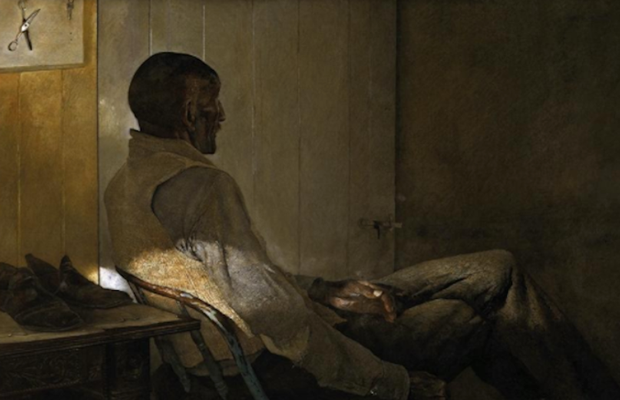 Discovering how Andrew Wyeth's painting can transport to another world gave Soup Films Douglas Avery the creative inspiration to be immersive and emotional in film. Ever since, Andrew produces work with gaps to be filled with imagination and experience.

Here, Douglas tells us why Andrew Wyeth is his creative hero.

Q> Who would you say is your creative hero?

Q>How long has this person been important to you and what are your first memories of meeting them or coming across their work?

Douglas> I can’t really say there was a stop-in-your-tracks moment of discovery. I’m sure as a kid that the first work of his I most likely saw was his most famous work Christina’s World, 1948.  I’m sure I must have studied him a bit at University in Art History classes, but I think he’s never been as over lauded as many others, particularly the modern artists working around the same time as Jackson Pollock. Wyeth for some reason was given the short shrift from most critics, who dismissed him most likely because of his subject matter, thinking his work wasn’t conceptual enough, too pastoral perhaps. But Pollock can’t hold a candle to Wyeth’s technical prowess, nor his ability to elicit emotions and atmosphere. 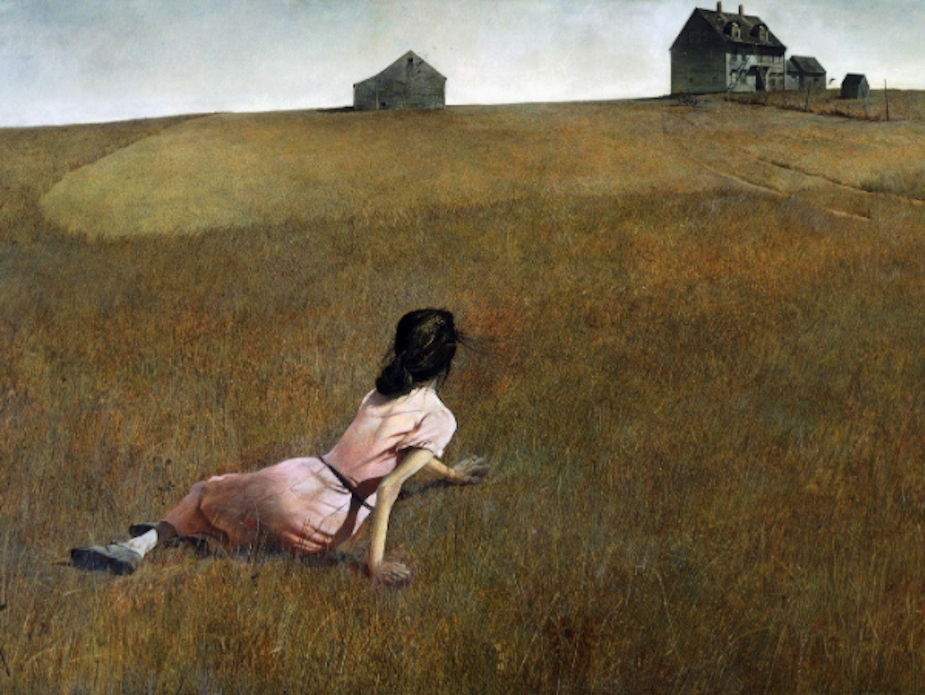 Q> If it’s someone you personally know, how did you get to know them and how has your relationship evolved over the years? If you don’t know this person, how did you go about finding to learn more about them and their work?

Douglas> I sure wish I could have met him; he’d be an interesting chat I’m certain. I grew up in the Northeast, Boston, and had only been to Maine once as a kid, which was one of his main homes and sources of inspiration. In recent years I’ve added a few more trips, one specifically with my Dad a year ago who likes Wyeth also but prefers Winslow Homer. It was a special trip, a kind of road trip to celebrate us both beating throat cancer about 16 years apart and to get him out of Boston as we’d just placed my Mom into a memory-care facility as her Alzheimer’s was advancing. We travelled to see his works at the Brandywine Museum and also went to visit the old Olsen farmhouse were Wyeth did most of his work, the hone of the famed Christina. Walking through the rooms and outside of it, seeing what he saw, feeling what he felt was amazing. It was an emotional experience for us both.

Q> Why is the person such an inspiration to you?

Douglas> The Seattle Art Museum had the most comprehensive retrospective of his work a few years ago and my wife surprised me with a weekend trip to see it. Seeing his brush strokes, his literal fingerprints and smudges up close made me realise how much he physically put of himself into the work. From further away and in online or book images everything looks almost photo-real, but up close, his layered work is far more impressionistic, rough and almost violent. A perfect example of this is his painting Garret Room, 1962. The bedspread looks detailed and perfect from a distance but in person it is filled with his smudged fingerprints and finger-strokes. Wyeth is like an amazing musician; his images resonate in my head like notes sustained and lingering in a vast concert hall. And that fact that he was still creating amazing work at the age of 91 when he died, that’s beyond inspiration. 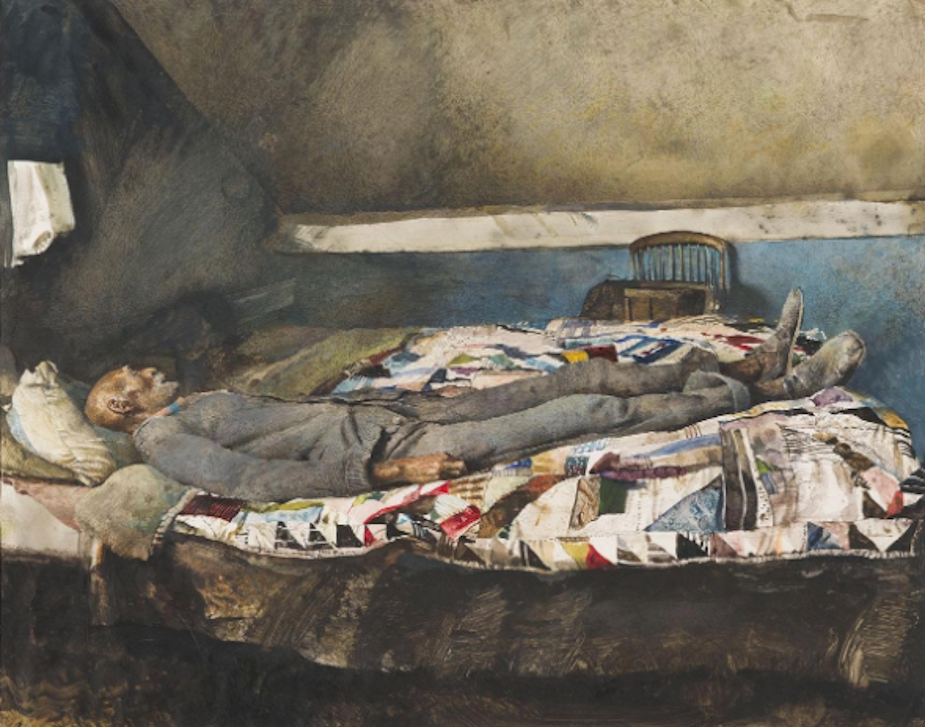 Q> How does this person influence you in your approach to your creative work?

Douglas> I see his work and I’m transplanted, shot into the place and time of his piece, almost able to smell the marsh grass, fell the bitter cold of an offshore gale, feeling my boots become sodden in the tall wet grass. It is what I’m always trying to create myself, work that is immersive, tactile and sensorial. That he can create such emotional depth in pictures without people, whether landscape or still life is a testament to his skill. His portraits are even more powerful, most of his work doesn’t have the subject gazing directly at you, leaving a bit of mystery and history for you to imprint yourself. The best stories, and films allow a person to fill in the gaps, to go between the lines with their own imagination and experiences. I’m rarely fully successful in doing that, but it is certainly always my intent.

What is even more special is to see his unfinished works or sketches, where in a frenzy as he liked to say, he was “just trying to capture that fleeting feeling or moment” and had to get it down fast. He said, “If you clean it up, get analytical, all the subtle joy and emotion you felt in the first place goes flying out the window.” I respect that bravery, as I myself have always been more in the vein of polishing something until I felt it was ready to show, which I rarely got to that point, sop thank goodness for deadlines and executive producers! I have found myself in recent years actively trying to leave rough edges, to make the work a little more human.

Q> What piece or pieces of this person’s work do you keep coming back to and why?

Douglas> Obviously, Christina’s World, drew me in. At first glance it seems a very bucolic and pretty scene, an obviously influence on Terrance Malick’s 'Days of Heaven'. But if you look closely, you’ll see her body is awkward, sickly arms, scraggly hair.  If one digs deeper, you’ll find out that Christina had a degenerative muscular disorder all her life that got progressively worse. She had to drag herself around the farm and house with her hands and arms, to move her body from place to place. Being a proud Mainer, she never wanted, not asked for assistance. She was fifty at the time he painted it.

Wind from the Sea, 1947 is another piece that lingers with me. When I visited the Olsen House, I was able to look out the same window, feeling the mood the piece creates of solitude, disturbed quiet. The curtains are no longer there, but the emotion still lingers. Other favourites run the gamut of pictorial surrealism to emotional turmoil. That Gentleman, 1960. Indian Summer, 1970. Barracoon, 1976. Spring, 1978. Airborne, 1996.

My favourite Wyeth quote, which is certainly something I strive for also, is “It's a moment that I'm after, a fleeting moment, but not a frozen moment.” 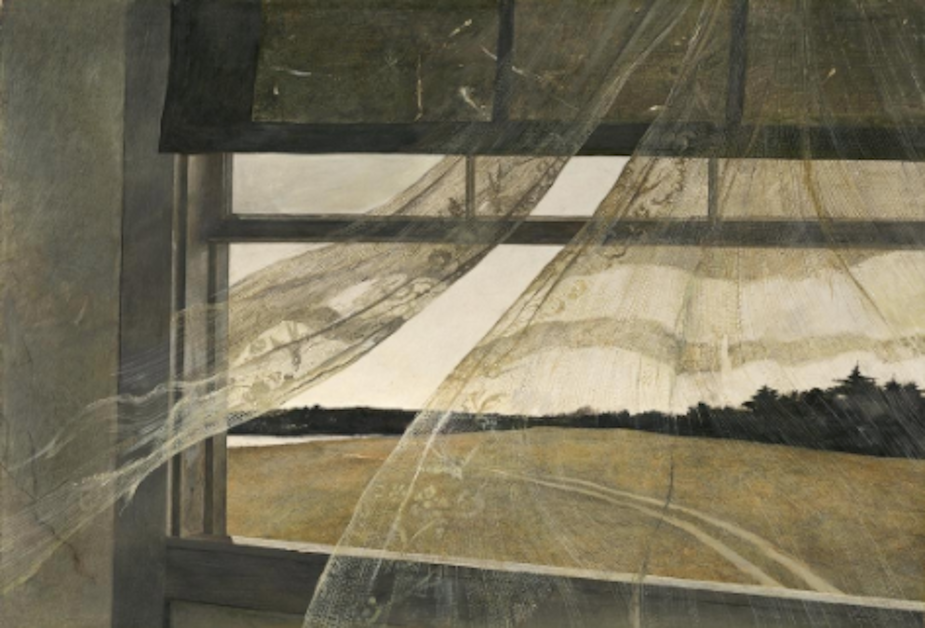 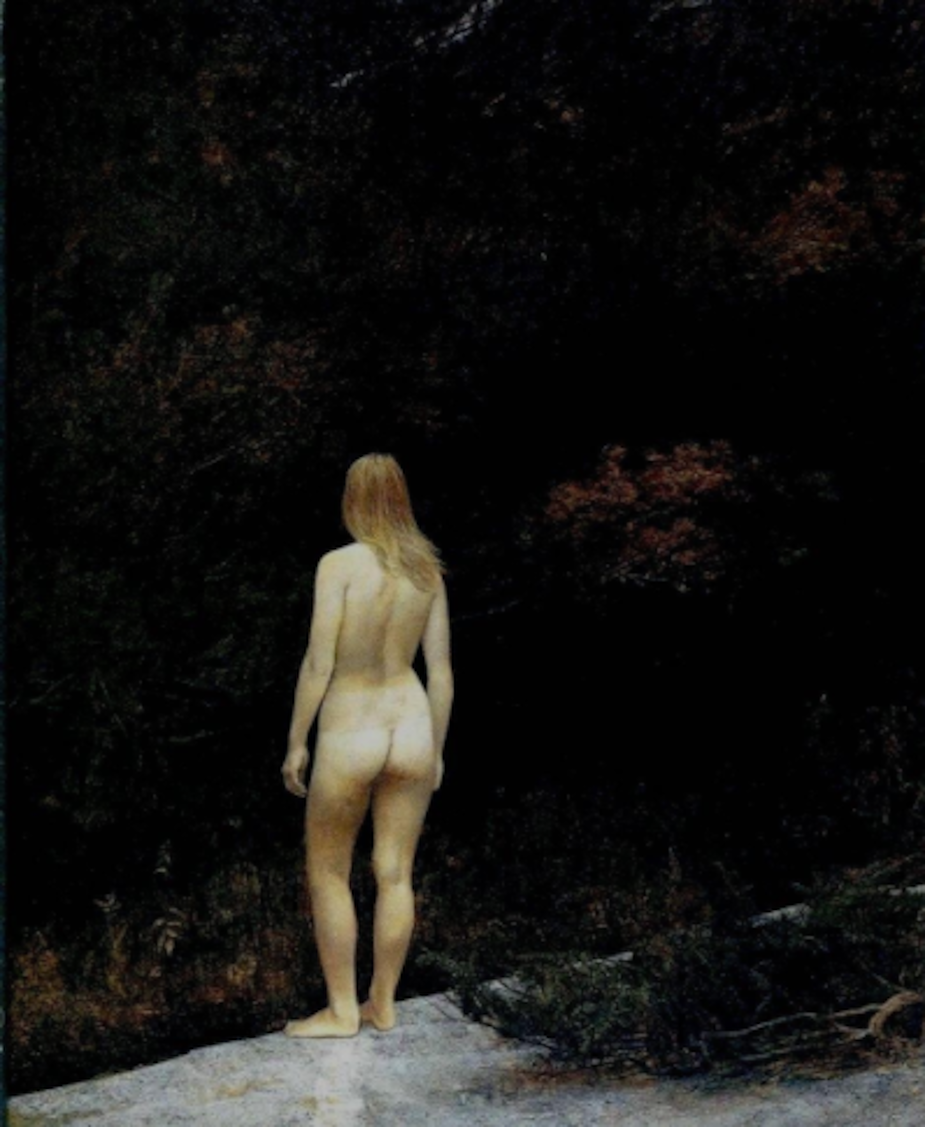