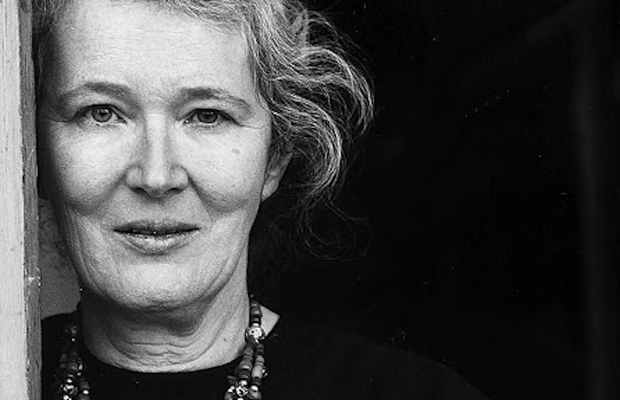 Rozina is a creative strategist and former WPP Fellow. After studying English at Oxford she went on to study Graphic Design in Manchester, and then began a long process of to-ing and fro-ing between strategic and creative roles in agencies including AKQA in Paris, and Kantar Futures in Singapore. She took up the position of senior creative strategist at VICE+ three years ago, after which she has been appointed as senior strategist at Virtue, the agency born from VICE.

Q> Who would you say is your creative hero?

Q> How long has this person been important to you and what are your first memories of meeting them or coming across their work?

Rozina> I’d heard of Carter long before I had any direct experience of her work. People said she was a bit rude, and a bit bonkers, and a ‘feminist’, as if that was a bad thing. I thought of her wild wild grey hair and smiling eyes, and saw her as a sort of 20th C Baba Yaga. I saw a student production of The Magic Toyshop when I was at university, and that got me hooked. It’s a feminist retelling of the Greek myth of Leda and the Swan, in which Leda is raped by Zeus in the guise of a swan. In The Magic Toyshop, the story plays up elements of gothic horror and fantasy or ‘magical realism’, but sets against grey, ordinary London.

Q> Why is the person such an inspiration to you?

Rozina> Each of Carter's novels and short stories has its own take on well known myths and fairytales. More than a simple re-telling in a modern sense, she goes deep within what are often sanitized and Disney-fied stories to explode the carefully constructed euphemisms, and get to the heart of what the story is really about - the loss of innocence, fear of death, longing for independence. Her characters are young women who go through intense transformations, both metaphorically and literally as they grow up. Not only are they radical imagining of women’s lives, they are delivered with serious style and wit, meaning her writing is never straight-up polemical, but funny, richly imagined, and multi-layered.

Q> How does this person influence you in your approach to your creative work?

Rozina> Carter's influence on my work shows up in a few ways. Firstly, when looking for insights, she reminds me to look for the story in the story, that nugget of truth about how things are really felt by people, rather than what they say they’re feeling. Secondly, her ability to combine the sacred and the profane, highbrow and lowbrow, Greek Myth and cockney slang reminds me to look everywhere, and at everything, before trying to tell stories that feel deeply personal, and universally relatable.