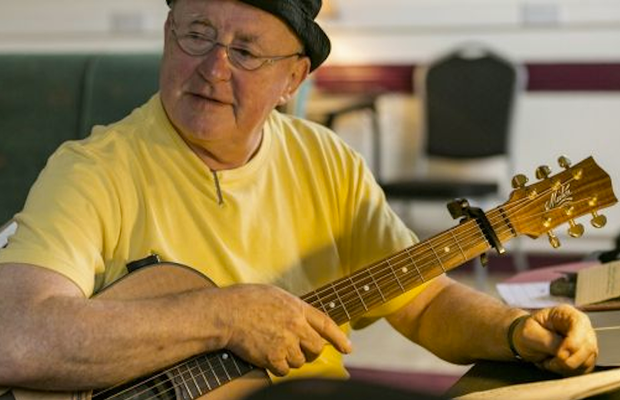 When Dan Mallerman joined Kode in 2015 it was a small production house with big ambitions but a fairly limited body of work to show off. Since then, as head of new business and, since 2018, as partner, he’s helped the company reach the grand ambitions it had back then.

How long has he been important to you and what are your first memories of meeting him or coming across his work?

Spending so much time with my grandparents growing up, I have always had a close relationship with my Irish heritage. Having been exposed to Irish music so early in my life has had a lasting effect. The Chieftains, Luke Kelly, Van Morrison and Paul Brady are all high among my most played on Spotify but Christy is the man who my Nan and I would listen to, and who holds a particular place in my life.

If it’s someone you personally know, how did you get to know him and how has your relationship evolved over the years? If you don’t know him, how did you go about finding to learn more about him and his work?

Most people feel a certain kinship with artists, whether they know them or not. My love of Christy started as something that was between my Nan and I but grew into a very influential person in terms of my wider knowledge of music and Irish history, which fascinates me. I love playing the guitar and there are a few of his songs which I return to often, not least ‘Ride On’ and ‘Sonny’s Dream’

Why is the person such an inspiration to you?

Writing is important to me. I have always found a solace in the solitude of writing but a joy in the sharing. I am also quite prone to melancholy, and so have discovered much of the work, be they books, poems or songs, I enjoy speaks to that person.

How does this person influence you in your approach to your creative work?

For many years Moore had a funny stage presence, but his music was so often full of sorrow. Plenty of the catalogue of songs and prose I have written, much which remains hidden, has been influenced by listening to Christy sing. Often times it can be a tiny fraction of a song which lights a flame.

What piece or pieces of this person’s work do you keep coming back to and why?

His album ‘Ride On’- I still have the cassette which my Nan and I listened to over twenty years ago in the drawer beside my bed. I was also recently reminded of how beautiful a song ‘Butterfly’ is.

Kode and 20something Launch Film Series for EA Sports FIFA 21