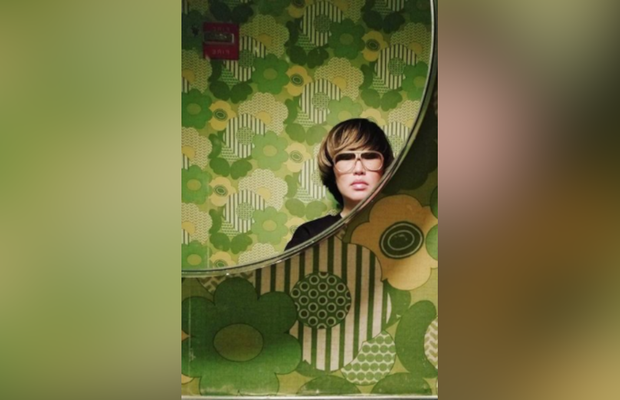 She nominated artist Matthew Barney as her Creative Hero, who is best known for his epic 5-part film, The Cremaster Cycle. His work often explores limits of body, creation, psychological identity, geology and mythology with recurring themes of conflicts and failure.

Jo> It’s like asking what your favourite colour is… I have many for different reasons, but I’d love to share my fan-girl enthusiasm for American artist, film maker and mythologist, Matthew Barney.

LBB> How long has he been important to you and what are your first memories of meeting him or coming across his work?

Jo> Back in 2004, I watched all five of Matthew Barney’s Cremaster Cycle films at ACMI (Australian Centre for Moving Image) in Melbourne and it blew my mind. I was excited, confused, stimulated, euphoric and little scared all at once. It reminded me of the philosopher Edmund Burke’s definition of sublime – “beauty that induces terror.”

Thinking about it even now, it’s hard to explain what I watched and heard. It wasn’t exactly narrative in a traditional sense, but it was definitely not abstract either. Trying to make sense of it in words seemed futile. There was exquisite beauty and grace, but also repulsion; birth, decay and rebirth; and a lot of the straight up bizarre, woven into a lucid dream that once awake, you could no longer make sense of.

LBB> If it’s someone you personally know, how did you get to know him and how has your relationship evolved over the years? If you don’t know him, how did you go about finding to learn more about him and his work?

Jo> After sitting through the nine-hour marathon, I tried to find and read everything about his work! At the time I was completing my Master’s degree and pretty deep into exploring the idea of beauty, and Matthew Barney’s unique vision and storytelling made a huge impact. I was totally spellbound.

Since then, I’ve been following his career and am always on the look-out for museums and galleries showing his work.

Jo> I’m in love with Matthew Barney’s imagination and curiosity for exploring invisible connections between things. His work has a sense of epic grandeur. It seems like he is forever in pursuit of human truth, trying to make sense of us and the fundamental questions of life through mythology and symbolism – pairing old and new, tried and unexamined.

I’ve never thought of it this way until now, but this pursuit somehow reminds me of recent AI and data driven art – that dream-like movement, constantly evolving, connecting the knowns, to seek understanding beyond our comprehension, the desire to reach beyond what we know now.

Jo> Matthew Barney’s art is deliberately orchestrated. You can feel the strong intent behind everything that he puts in front of his audience – every sound and object has meaning and every piece of movement is choreographed to tell the story.

Yet in this tightly curated world of sumptuous visual and aural feasts, he also leaves space for personal exploration and discovery. His work is dripping with symbolism, but isn’t spoon fed and scripted. Rather it invites the audience to make sense of it themselves and create their own versions. In that regard, he’s a true mythologist. Myths invite personal reflection and interpretation unlike written history, which demands objective recollection of facts.

I consider my process of creating brand experiences for audiences to be similar – I try to curate with intent and allow room for personal exploration. His work inspires me to think about different ways of expressing narratives and engaging the audience to be a part of the story and its retelling.

Jo> The last piece of his work I watched was River of Fundament back in 2014 at the London Coliseum, sitting on their beautiful but terribly uncomfortable velvet-clad theatre seat. You know the ones that were made for people generations ago with much smaller stature? I sat through the six-hour showing on a springy, ancient chair (with a merciful intermission where everyone dashed to the bathrooms then scoffed down Pret sandwiches with a pint on the steps of the theater) – and it was exhilarating.

Often, I think back to the soundscape and movements. For this piece he collaborated with composer Jonathan Bepler and you can also hear the influence of his former partner Bjork coming through. They are haunting, guttural, and at times primal sounds, woven into an experimental operatic format. I loved the absence of recognizable words – it forced me to absorb the information without the shorthand, allowing my body to open up to the experience. By removing language, it made me search for meaning behind every gesture and sound and somehow that communication felt much purer.