In praise of the social realism, worldliness and sheer craft of the Kes director 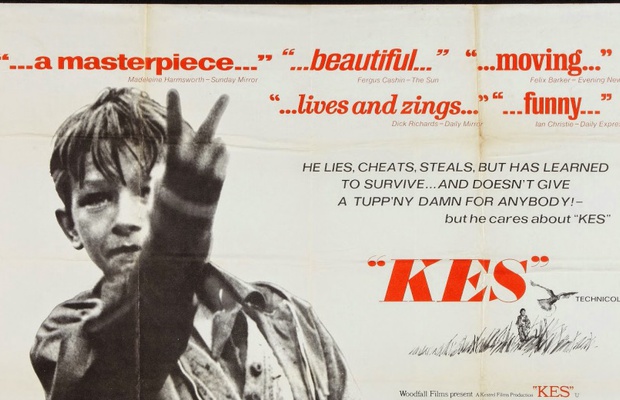 From the art house cinemas of Boston, a young Rudi Schwab found himself transported to a deprived South Yorkshire mining community, where he fell in love with a story about a boy and a bird. Superficially, Rudi’s reality and the very British realm of Kes look like they’re worlds apart, but in the works of Ken Loach Rudi found a depth and a transcendence that has inspired him throughout his whole career.
These days, Rudi is an accomplished director and cinematographer in his own right, with award-winning spots like Gillette’s Hand with Care and P&G’s The Pause.

LBB> Tell us about your creative hero?

Rudi> If I had to choose only one person who had influenced my career, I’d have to say Ken Loach. His work from the written page, to production, execution and final edit is most in line with my sensibilities as a commercial filmmaker.

LBB> What are your first memories of coming across his work?

Rudi> My mother was a fan of film and I’ve been watching movies for as long as I can remember. I grew up in the Boston area and as soon as I got my driver’s license I would regularly drive into the city to see art house films. There were a few great theatres that played world cinema and I would go see every film that played there. Many times they’d screen director retrospectives and that’s where I remember seeing “Kes” for the first time.

LBB> How did you go about finding out more about him and his work?

Rudi> I was immediately blown away by “Kes”. It came at a time I was getting into other new wave and realist filmmakers like De Sica, Goddard, Truffaut, the Dardenne Bros. Then, later on, Mike Leigh, Shane Meadows and Lynne Ramsey. But there was something about Ken Loach that was able to deliver time after time that so moved me. At that time I was renting VHS copies and devouring his work in art house theatres as it was released. It’s so much easier now with Netflix and Amazon.

LBB> Why did Loach become such an inspiration to you?

Rudi> I found out that he and I share a love of De Sica’s “Bicycle Thieves”. Loach said of it: "It made me realize that cinema could be about ordinary people and their dilemmas. It wasn't a film about stars, or riches or absurd adventures". It comes down to why we watch films or why we create them. Many watch them for entertainment and spectacle, I believe that we need to take away something from the ordinary that is transcendent. Real life can be completely dramatic. It’s the daily struggle of life that reveals our true humanity. All Loach’s characters feel real to me.

LBB> How have you carried that through to your commercials work?

Rudi> As a parent of teenagers myself, I’ve seen the truest depiction of a parent / teen relationships in Loach’s 2019 film “Sorry We Missed You”. In some small way I’d like to think I brought that truth to the HP family. Or the yearning of a boy trying to make a better life for his despairing mother in “Sweet Sixteen” is something I hope I reflected in the Hobby Lobby Mum and son.

LBB> But how does the British political backdrop translate to your American experience?

Rudi> You’d think that politically many of the struggles depicted in his films are far cry from my American upbringing. But the yearnings, conflicts and personal relationships portrayed in his characters are the same in any city throughout the world. It’s Loach’s ability to capture this realism with storytelling, performance, direction, location, music and sound design that is most inspiring to me. It’s a technique that he’s crafted over a lifetime of immersing himself in the real world and that’s hugely inspirational. He once said, “In order to make films you must try to understand the world – otherwise what stories do you tell?”

LBB> How has Loach influenced how you approach your creative work?

Rudi> Obviously, I don’t presume to be working at the same artistic level, but there are always aspects of his technique that I try to bring to my work.
First and foremost, I ask myself “How can I make the material better? Is there a deeper meaning within the story or within one of the characters? How much can we strip away the commercial aspect of this and make it a better story that reveals something beneath the surface.”
Next is acting and performance. Loach once said a director is like “a stick guiding a trickle of water down a mound of sand.” He guides actors in a similar fashion. Creating paths and allowing the person’s natural inclinations to take over. At times scenes may not be rehearsed. Many times he will hold back parts of a script in order for an actor to make personal discoveries in the moment. In order for this to work you need to create a great deal of trust with your cast. For me the best directors need to feel empathy and be compassionate. How can you expect an audience to feel an emotion on the screen that you are not able to experience yourself?
Loach has often used non-actors in his films, like “Ladybird, Ladybird” and “Sweet Sixteen”. This doesn’t mean that they can’t act, but for the director the method of getting to the end result is completely different. I also love working with real people and try to do it whenever possible like on my Cyberbullying film. Real people who don’t have any preconceptions of “acting” sometimes give me the most honest performances. It’s not an easy way of making films but it can be so rewarding.
Finally, it’s the execution on the set. The smaller the footprint the better. Loach likes to be able to shoot the actors in almost a 360° environment. In many ways he pioneered realistic documentary-style filmmaking. For me the performance and the narrative are more important than the cinematography which should feel totally unobtrusive. I have a big problem with commercials these days when the cinematography overpowers the narrative. Loach’s camera is never showing a camera position that another person in the room wouldn’t experience naturally. That’s a rule I try to live by myself.

LBB> What piece or pieces of Loach’s work do you keep coming back to and why?

Rudi> I keep going back to his second feature “Kes”, based on a novel by Barry Hines. It’s about a young boy from a broken home, who learns to train a kestrel but is prevented by his background from making a decent life for himself. The allegorical subtext in a story of a free bird being constrained by a young boy struggling against the weight of his roots is so light and gentle.
It’s a film grounded in social realities, and it showcases all the techniques I admire. He filmed with few lights, an unobtrusive camera, on real locations, telling his often-unprofessional actors less and less about the script and story so they would react naturally as events unfolded. It all made the acting process as true-to-life as possible for the cast. The result was both heart-breaking and completely engrossing. His techniques have changed little over the years – and some have criticized this – but he’s one of the great realist directors and he will always be an enduring inspiration for me.
Rudi is represented by Bang Films in the UK and Tool of North America in the US.

Why Do We Like Ads That Make Us Cry?