My Most Immortal Ad: Gary Szabo 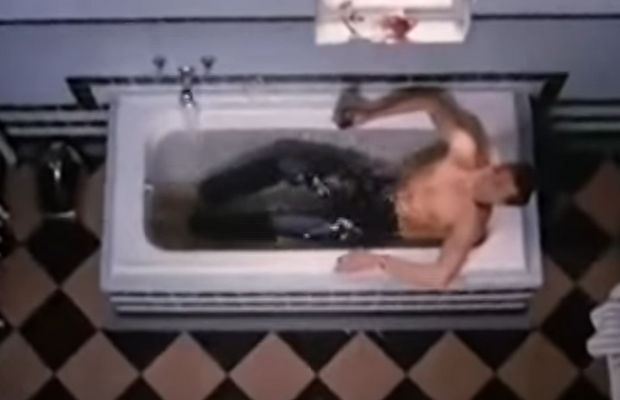 Judging for this year's Immortal Awards is well underway, with each regional jury gearing up for a series of virtual judging days that kicks off on Tuesday 13th October with our LATAM jury. Over the next few weeks, the juries will deciding which projects are the best in their region and which, if any, will go through to the final, global round of judging in November.
In the run up to the European judging day in November, Gary Szabo, the chief creative officer of Tag, has taken a break from online judging this year's Immortal ads to pick one of his favourites from the archives. He's opted for a shrink-to-fit Levi's ad from the '80s that portrayed his dream life...

In 1983 I moved to London and immediately fell in love with everything I saw. Buying vintage jeans – though we called it “second hand” back them – from Camden Market was a staple. 501s were hard to get, but a must.
Then the world changed when I saw an ad with a man in a bath. People talk more about the Nick Kamen launderette spot that aired at the same time, mainly because Kamen himself became famous on the back of it, but I saw this first and in it I saw my dream life, my dream flat, my dream body image and, of course, my jeans. The image never left me and I just couldn’t believe how beautiful the film was.
Shortly after this, I moved to New York. As the ad was American retro and it was an American product, I just assumed that it was an American film. When I got there and turned the TV on, I couldn’t understand why the ad breaks were filled with people shouting at you about the price of their product. Where were all the Levi’s-style films (when you actually realised you were in a break because the programme you were watching had just vanished unannounced)? Then it hit me that it was us, the Brits that made these beautiful films and that the creatives were all back in London. There and then, I was desperate to be part of such a craft-driven industry.
With Levi’s, BBH turned ads into cultural events and they also alerted the world to the power of music in advertising, spawning an entirely new industry. Music in great ads suddenly shot to number one (remember Atlantic refused to let BBH use the original track, “Wonderful World” and they had to re-record it, the label didn’t see the value in associating themselves with advertising)!
However, don’t forget the real lasting legacy, BBH transformed a brand into a cultural icon and sales rose by 800%. More importantly, I could now easily buy my jeans! Even though these days I’m more akin to Jeremy Clarkson than Nick Kamen when I wear them, I have to have a pair in my wardrobe still.
The Immortal Awards entry system is closed for 2020 but the entry will open again in the new year for 2021's competition. Every member of Little Black Book is entitled to up to five entries, depending on their membership tier. The full list of rules, including eligibility dates, can be found here.
If you’d like to enter the Immortal Awards next year but you’re not yet a member of LBB, sign up here today. If you’re already a member and would like to increase your number of entries for 2021, you can upgrade your membership here.