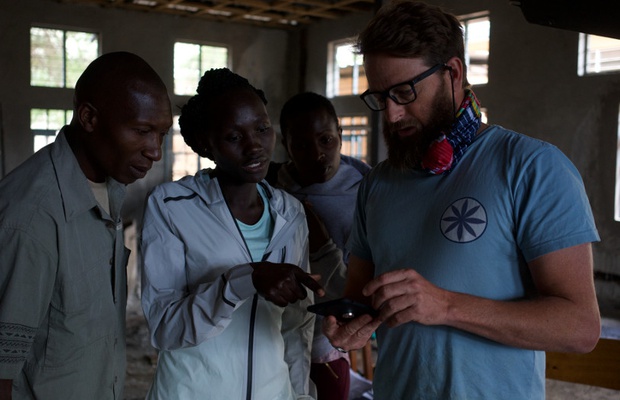 Last weekend saw World Refugee day marked by a poignant human story - a documentary feature film charting the journey and delayed Olympic dreams for the Athlete Refugee Team.
Directed by Hungry Man’s Richard Bullock, ‘RUN’ tells the story of a group of people who escaped burning villages and threats to their lives so they could compete as world-class athletes representing the 71 million displaced people in the world.
Co-produced with the Swiss sportswear company On, the film follows the legendary Kenyan athlete, Tegla Loroupe, as she mentors a group of talented athlete refugees on their arduous road to the (now postponed) 2020 Tokyo Games.
Filmed over a three-year period, across eight countries in three different continents, 'RUN’ is a story of unwavering human spirit, empowerment and fearless bravery by a group of athlete refugees from the Congo, Ethiopia, Somalia and South Sudan. Now officially released on the website, the film is expected to reach a global audience by being broadcast on ESPN, Globo, Eurosport, ZDF, beIN SPORTS and more.
LBB’s Alex Reeves asked Richard to reflect on the film now it’s finally out there.
LBB> How long did it take to film this and what kind of team did you put together to shoot it?
Richard> There were approximately 10 shoots in total. The shoots spanned across three years plus remote shoots using Skype and WhatsApp recordings.
We were very lean. Anywhere from one to three crew only per shoot. Then we would plug in locally to a sound technician and a driver on location. But it was at times as small as you can get. I had four different DOPs working depending on their availability. Fortunately, they were all aesthetically very aligned and brilliant at their jobs.
LBB> How important was it to get the athletes to tell their own story? Why and how did you approach it like that?
Richard> I had watched a lot of the coverage of the refugee athletes from news networks around the Rio Olympics. I felt they weren’t really given time in short clips to really tell their stories. The way that they speak warrants more time. And they were just never really given it. Even for myself I learnt to slow down my speech to give them time to answer. English is not their first language. But given the time, they have remarkable things to say. I didn’t want to make a film from the outside in, talking about them. I really felt strongly that they should lead their own narrative.
LBB> How did that work with the different languages spoken?
Richard> In the camp there are maybe five languages spoken because of all the tribes and ethnic groups. Because of that their native languages are only spoken within tribal groups. Therefore, they use English and Swahili with each other for communication. Sometimes maybe even Arabic. We couldn’t find anyone who could translate effectively. In the end the athletes translated the foreign language sections of the film back to me. In general, the South Sudanese are very good English speakers so we used that to communicate and I believe they could get their ideas across if given the space.
LBB> What was the biggest learning or deepest insight you got from this?
Richard> The uncertainty of life can be embraced. They have no guarantees and yet they are funny, motivated and positive people. The things they told me I use in my everyday life all the time. They are between the ages of 16-26 and yet they are so wise. They’ve been through a lot of adversity and it’s shaped their unique individual characters. But I think their positivity and hope is the thing I’ll take away. 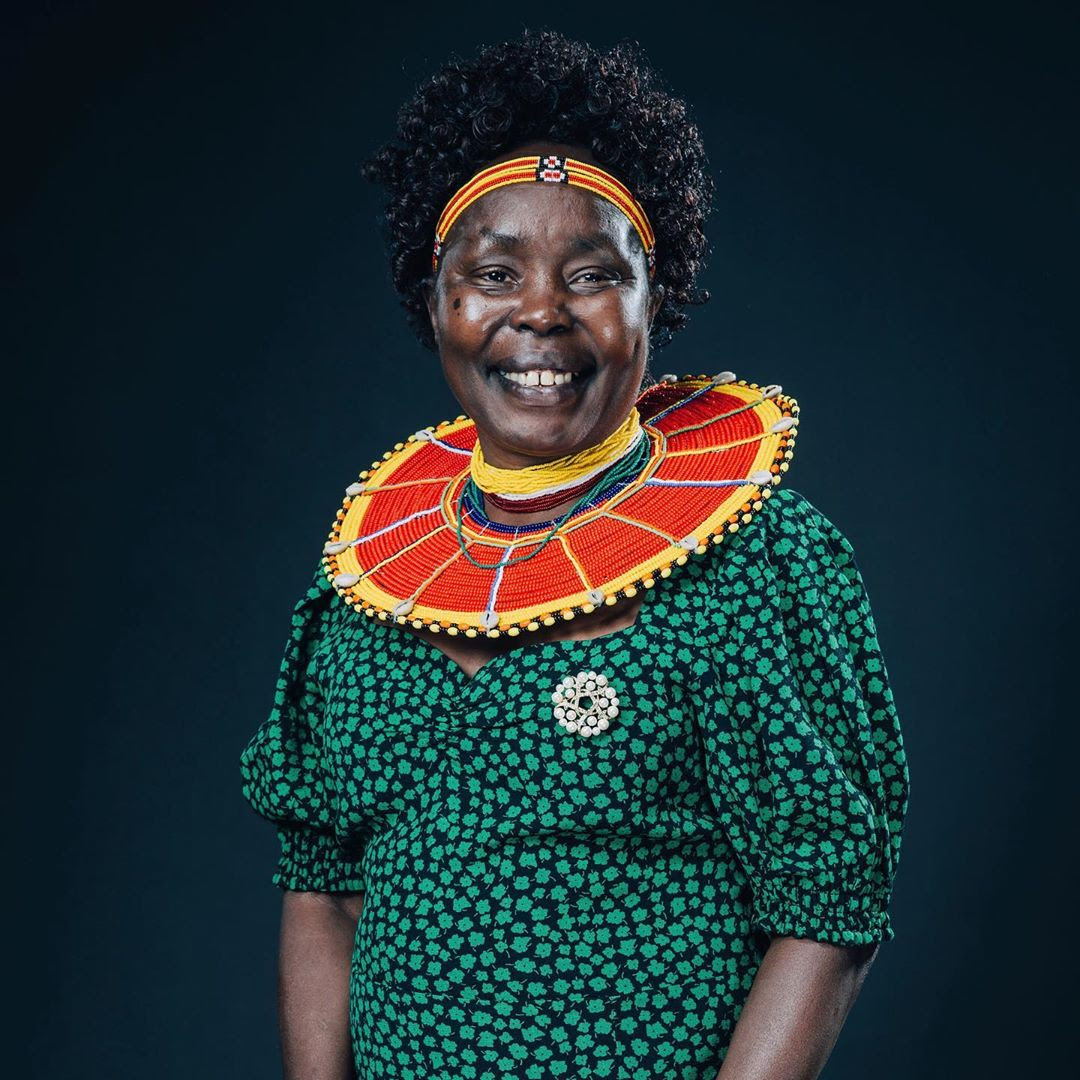 LBB> Tell us a bit about Tegla Loroupe, she sounds like a formidable character.
Richard> Tegla is not a big talker but is big on action. While Covid-19 has locked the training camp down she has rolled her sleeves up and is landscaping the camp. I mean she herself is digging and moving rocks. She does not acknowledge negatives.
Everything is a learning moment for her. There’s a whole movie that could be made just about Tegla - but she insisted on deflecting the camera towards her athletes. I respect her enormously. A very special giving person.
LBB> Tell us a bit about the athlete team, what did you learn from them as individuals?
Richard> With their countries of origin behind them they see themselves as human beings. The refugee team allows them to feel defined and purposeful. They are an inspiration to the 71 million displaced people in the world. It’s ironic actually that their final goal of the Olympics which is so much about flags and doing things for your country.
LBB>  How did the process of working with refugees make you feel about the idea of justice in this world? Did it make you feel lucky to have had an ‘easier start’ in life?
Richard> Yes of course. The accident of your birth has a great bearing on your future. Mostly I thought about the invisible lines we’ve drawn between countries that supposedly define you: South Sudan has 63 ethnic groups and languages. The big line drawn around their country and the ruler edge lines drawn through countries all over the world aren’t really adequate to define any of us.
I’m not sure there is justice in the world. But there’s truth and eventually that rises to the top. 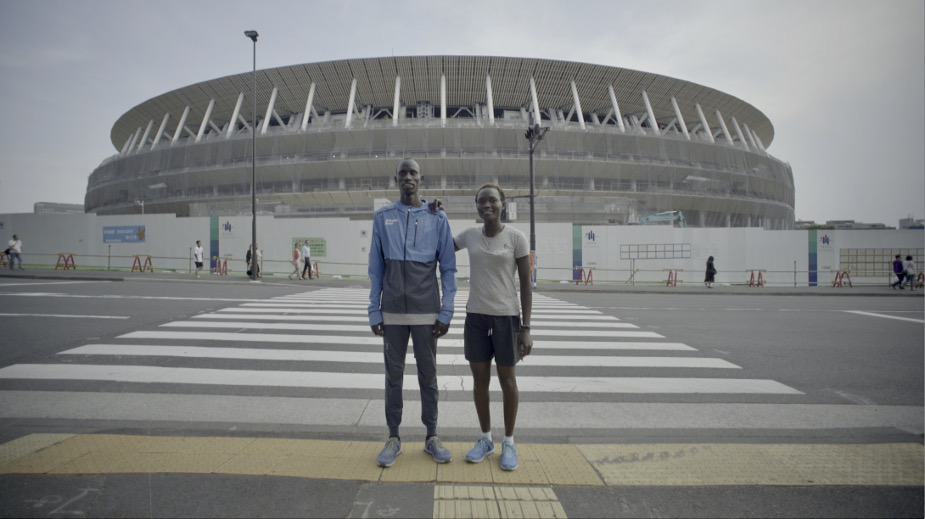 LBB> How was the collaboration with On? What did the process look like with them?
Richard> Just outstanding. On could not have been a better collaborator. More than the freedom to follow the story they just had faith. If ever I was unsure about a certain aspect of the film, they responded with: “we trust you.” It’s a brilliant move actually because then you work ten times harder so that you don’t let them down. We structured the production in a different way so that we were partners in the production. This was critical, I believe, to making the documentary as an independent voice. The team at On were very brave and I hope they get rewarded for that commitment. They did not ask for any editorial changes at all.
It’s the first time I’ve made a film with this unique model of production partnership. I loved it but it requires really confident and visionary people on the other side of the table. The team at On proved to be just that. I didn’t really know until they saw the final cut how they would react. But they were happy and so supportive throughout.
LBB> What has been the outstanding moment or creative highlight for you over these years of making the film?
Richard> A production sometimes mirrors the subject of that film. You could describe the athlete refugee team as a little naive, highly idealistic and heavily underfunded. And that in some ways was the same for the film crew following them. Like them we had a vague endpoint in sight of the Olympics. We didn’t really know where it was all headed. We often got it wrong or went to the wrong event. But at my lowest points I just listened to the athletes and watched them move forward one step a time. They have no guarantees but keep going despite no rewards or clues that they are on the right path. They’ve accepted uncertainty and setbacks as a part of life, and it doesn’t distract them from their purpose. I just followed their lead.
Highlight wise I often wouldn’t pursue a path because I wasn’t totally guaranteed of success. But now I think I’ll be much happier moving forward without the perfect scenario laid out. They have taught me that.
The highlight is the kindness and friendships I have made. They’ve restored my faith in people.