The Christmas spot features a choral rendition of Feel Good Inc. by Gorillaz 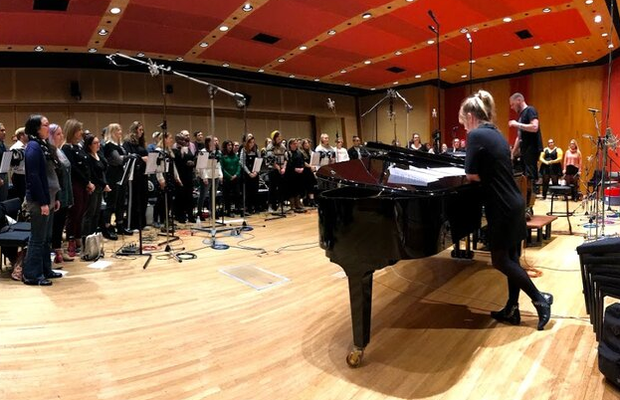 After working on the two previous BBC Christmas promos, Native Music was asked again to provide the soundtrack for this year’s outing.

The brief was to create a fun, choral rendition of Feel Good Inc. by Gorillaz. The team at BBC Creative were keen for the music to sound uplifting and joyous, and for it to feel like a really big group of people, all singing together. With the clock ticking on a tight timescale, the team got to work on the arrangement while simultaneously making plans for the choir itself. The group who instantly came to mind were London-based pop choir ‘Some Voices’. Referred to as the coolest choir in London, and with over 800 members, the team knew straight away they would be the right people for the job. They took the challenge head on, and in no time at all had 70 singers ready and waiting. With an evening session booked in at Angel Studios, the choir was ready to go.

Lead on the night by Lea Cornthwaite, the choir picked up all the parts with impressive speed, and certainly had the uplifting, fun sound nailed. Once all the vocal parts were ticked off, it was time to move on to percussion. Claps and foot stomps performed by the 70-strong group made for an almighty rhythm section and really brought out the energy and joyous togetherness that the client was so keen to capture. Next it was time to record the live drums and of course jingle bells. After all, it wouldn’t be Christmas without them, would it?

With everything back in the Native studio, Native went through choosing the best, most energetic takes and delivered full mixes and stems, all ready to go to air and mark the start of the festive season on December the 1st. 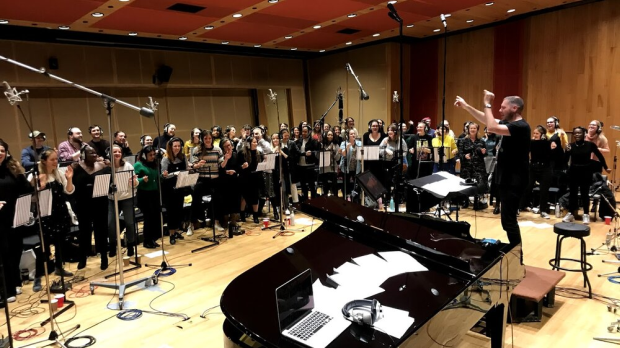 The team at Native comments: "It’s always a joy working with the BBC on their Christmas promos and idents, and this year was no exception. Huge shout outs to creative team Michael Tsim and Rachel Miles, ECD Helen Rhodes, producer Liz Dolan, and Debbie Rogerson at the BBC for getting us involved, as well as all the team at Some Voices for truly pulling it out of the bag, and Pete Baker for providing the beats and festive, jingle bell cheer."