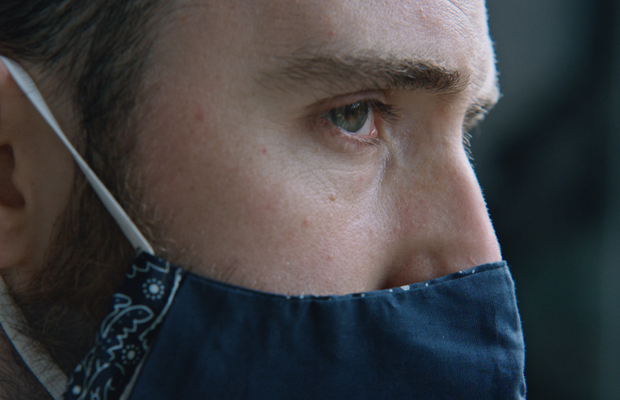 Every year, hundreds of people commit suicide at train stations in the UK. Such a troubling statistic, along with the impact that the coronavirus pandemic has had on our mental health, has been a growing topic of conversation as we work to become more open about our personal struggles. In order to confront the issue of suicide, and reach those suffering from mental health issues, Network Rail has launched a touching new campaign in partnership with mental health charity Chasing the Stigma to remind viewers that, despite the current circumstances, there’s always hope.
Creatively devised by Ardmore and directed by Great Guns’ Duncan Christie, the film is a portrait of modern day British life, seen through the lens of a train station. Focusing on a vulnerable character who ultimately finds a moment of connection on his journey, the spot offers an insight into the spectrum of life found at a train station - and the overwhelming feeling of hope that travellers often come away with.
The campaign follows one man as he passes through a station to catch his train. Viewers catch a glimpse of the lives of other people around him, as we see a woman reach out to another who is crying on the phone, an attendant offering directions to passengers, and a man helping a mother carry her pram down the stairs. These random acts of kindness continue around our protagonist, who presents a sense of vulnerability and melancholy. As his train arrives, however, a fellow passenger allows him to board first - a small act that reminds us there’s always hope.
Director Duncan Christie set out to create a series of moments that felt simple, yet powerful. The team was conscious that the scenes shouldn’t become overly complex and feel constructed, focusing instead on these everyday moments that can mean a lot - especially when coming from a stranger.
Duncan comments: “The intention was to create a contrast between the hopeful moments we observe in the station generally, and the main performance from our hero character, which is at odds with everything else. Not every scene needed to be a big moment; we needed a balance of real life and hope. If we weren’t subtle enough this might start to feel disingenuous, but if we were too subtle the idea wouldn’t come across. We unanimously agreed that the characters should all be wearing masks, but it was great to realise that you could still ‘see’ a character smiling behind them. Sound design was really important, but it was the lines of dialogue, which weren’t scripted, that became a key tool in telling the story.”