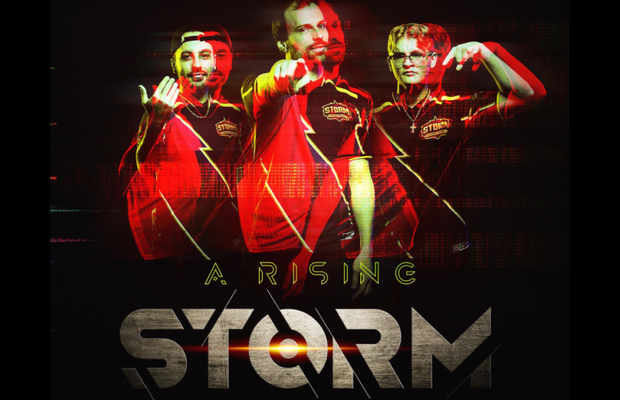 Pavone, a wholly-owned subsidiary of Pavone Marketing Group, has helped produce a new documentary for client Harrisburg University of Science and Technology that reveals how this private STEM-focused university of 6,500 students has become a dominant force in collegiate esports.

The 30-minute documentary, A Rising Storm, premiered at PAX Online’s 2020 convention on September 17 at 2:45 PM ET. Afterward, the film will be available worldwide via Amazon video, Apple TV and Google Play. The film has already racked up international recognition at film festivals including PopCon International in Indianapolis, Seoul Webfest in South Korea and India’s Pune Short Film Festival.

The project is a local collaboration between Harrisburg University, Harrisburg-based production company Cowboy Bear Ninja, and Harrisburg-headquartered Pavone advertising and marketing agency. The agency’s suggestion that a documentary film could most effectively illustrate the University’s ambitious efforts for its esports program to become a major player in a billion-dollar industry has resulted in an intriguing, behind-the-scenes story that culminates with one of its teams taking the esports world by “storm” when it wins the ESPN National Overwatch Championship in 2019. The team then went on to maintain the title in 2020.

Pavone developed the storyline for A Rising Storm and recommended Emmy Award-winning filmmaker Adrian Selkowitz as its director. "I couldn’t believe that a national champion esports team was right here in my backyard, and no one was talking about it. I knew immediately that I had to tell this story," said Selkowitz, a founder of Cowboy Bear Ninja.

Selkowitz’s direction gives the world an in-depth look at just how Harrisburg University has taken its esports program from inception to domination in only two years: developing a star-studded coaching staff of ex-professional gamers; recruiting promising student gamers; and enforcing a rigorous practice regimen, strict GPA requirements, and even participation in a physical fitness program. Varsity esports players are offered full-ride scholarships, and graduates earning a Bachelor of Science in Esports Management, Production, and Performance are helping to fuel the explosive industry’s workforce.

“This documentary captures the drive, teamwork, and character it takes to field a national championship esports team,” said Chad Smeltz, HU Director of Esports. “And it spotlights the team and the many people who work hard behind the scenes to help these students realize their dreams. We are thrilled the film was able to capture the amazing culture that exists within Harrisburg University’s esports program.

“We’ve been working hard to establish and support our college esports program so that it thrives both on and off the digital field,” said Dr. Eric Darr, president of Harrisburg University. “In addition to our teams’ success, a project like this, that helps to revitalize our hometown of Harrisburg while bringing international attention to Harrisburg University and our program, validates our efforts and is something we’re very proud of.”

“It’s always exciting as an agency to work in innovative formats, to watch something go from an idea to working with international film festivals, and to see a local brand resonate on an international level,” said Sam Renner, Pavone creative lead. “Technology and innovation have leveled the playing field in so many ways, and nowhere is this more true than in higher education and now esports. Harrisburg University is clearly blazing trails in both areas, and Pavone’s ability to build and push that story, coming from our focus on innovation, created the perfect partnership and opportunity.”