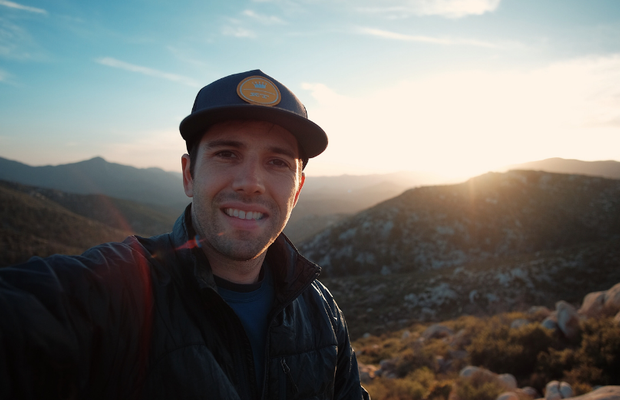 Creative production studio, Nice Shoes, adds a new colourist to its creative roster, Nicholas Lareau, who joins following a successful run at Light Iron, and two years of building his reel further as a freelancer.
With over a decade of colour grading experience, Nicholas started his career in sports broadcasting, before winning an internship with NBC in Vancouver for the Olympics, where he worked as a production assistant. He then moved to LA to pursue his passion for film and digital photography, spending time as a digital camera prep tech at Alternative Rentals Digital Cinema. In 2011, Nicholas joined Light Iron, where he spent nearly 10 years, starting as an Outpost engineer and working his way up to a Digital Intermediate colourist. He provided support for feature film and television on-set digital cinema and file-based workflows as well as supervising dailies, transcoding, colour correction, data management and archiving. Due to his photography background, he most enjoyed the colour grading aspect of the job and the colour process, which led him to become a DI colourist.
Since 2019, Nicholas has been working as a freelance colourist, continuing to work on feature films and episodic series. Some of his most notable projects include Shrill (Hulu), Joe Pera Talks with You (AdultSwim), 13 Reasons Why (Netflix), and the docuseries Lorena for Amazon studios and The Keepers for Netflix.
Nicholas has previously worked with Nice Shoes executive producer Katie Hinsen at Light Iron and will now again be working with her DI and Dailies-dedicated team, which recently delivered director Christopher Kahahuna’s acclaimed Waikiki, graded by Maria Carretero. The team is capitalising on their success in 2020 with new talent to take on a bigger slate of projects in 2021.
Katie Hinsen, executive producer at Nice Shoes Dailies and DI, adds: “We’re very excited to welcome Nick onboard. He is a fantastic colourist and I am happy to be growing our team of talented, motivated people, who are eager to collaborate and innovate. He’s not only an amazing artist but technically capable as well. When we worked together previously he helped to establish 8K digital cinema and HDR workflows, and along with his extensive reel of high-end episodic work, he complements our existing team’s skills and experience extremely well.”
An avid cinematography enthusiast, Nicholas finds images captivating and powerful, which is why one of his hobbies is photography, as he finds inspiration all around in the landscape and in the wildlife.
Nicholas commented: “I am excited to join Nice Shoes’s DI and colour division, it’s a small team that is growing and it’s exciting to be a part of what Katie is building. The remote workflow that Nice Shoes has in place is something that particularly appealed to me. It's groundbreaking in terms of what we can achieve for clients. Wherever they may be, we can help them achieve their vision and bring projects to life on a huge scale but with boutique high quality craft.”
For more information on Nick and his work, please visit: https://www.niceshoes.com/nicholas-lareau