The creative production studio provides the CG butterfly held by Mariah Carey’s daughter, as well as finishing and retouching the campaign films centered on Muhammad Ali and OutKast 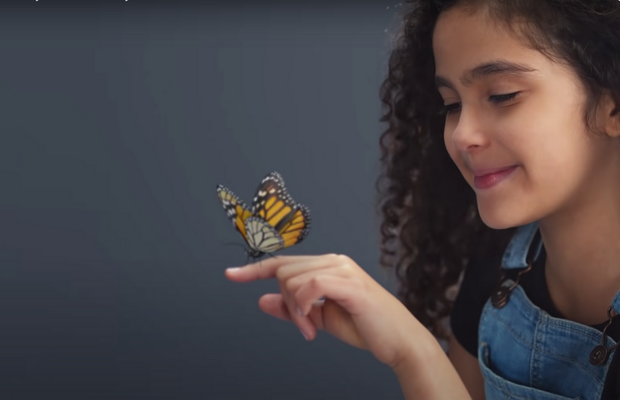 Children’s clothing company OshKosh B'gosh has unveiled an inspiring new back-to-school campaign, ‘Today is Someday’, celebrating three superstars: singer Mariah Carey, boxer Muhammad Ali and rappers OutKast.
The campaign, which features Mariah Carey’s own daughter, Monroe Cannon, in her first-ever brand campaign, spotlights notable trailblazers as their childhood selves. Celebrating their confidence and determination, the spots encourage the next generation to dream boldly about who they’ll someday become. Monroe appears as her mother at age 10, using an internal monologue to pay tribute to her personal childhood experiences, songwriting, and profound impact on so many young dreamers.
Creative production studio Nice Shoes were brought on board to create the CG butterfly seen in the spot about Mariah Carey, as well as finishing and retouching across the entire campaign. Presented with a tight turnaround, they pulled together a crack team of creative director Ninaad Kulkarni, VFX supervisor Tyler Whelan, and VFX artist Kayako Ono to finish the campaign to its highest quality in just one day.
Collaborating internally, Nice Shoes had Ninaad Kulkarni working on the CG butterfly, Tyler Whelan compositing and Kayako Ono leading on all conforms and retouching.
Harv Glazer, Executive Creative Director at Nice Shoes, comments: Prior to being brought on for the finishing and retouch, our artists were already working on the CG butterfly for the young Mariah spot. Being awarded the finishing portion of the project was a big help as it allowed us to collaborate internally to best incorporate the butterfly into the live action footage.  Nice Shoes' VFX pipeline combined with great teamwork allowed us to deliver in one day.  It was great to be a part of such a beautiful and aspirational campaign.”
The campaign debuted on July 23rd and will run across connected TV, online video, and additional digital and social placements.

Nice Shoes Announced as Global Sponsor of The Immortal Awards