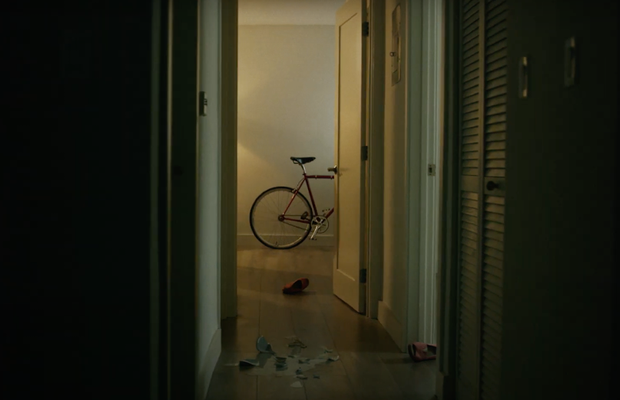 In commemoration of the International Day for the Elimination of Violence Against Women and the 16 Days of Activism Against Gender Based Violence, today The NO MORE Foundation unveiled a powerful new advertising campaign that encourages those who are safe at home to help domestic abuse survivors who are not. The effort is part of NO MORE’s #ListeningFromHome initiative launched last spring as a response to the Covid-19 pandemic and resulting tremendous spike in incidents of domestic and sexual violence around the world.

The cornerstone of the new effort is a new #ListeningFromHome PSA created for NO MORE by MRM and Great Guns. The spot showcases three people in their own homes—a man relaxing in his bedroom, a woman leisurely taking a bath and a mom reading to her child. They each are shown to be jolted by a loud, disturbing noise coming from a shared neighbour’s apartment. It becomes clear as the camera pans across one shared wall that a terrible incident of domestic violence has just occurred. The spot ends with the ask for neighbours ‘on the safe side’ to help those experiencing abuse who are not. It directs viewers to call the police in an emergency and contact the National Domestic Violence Hotline in the US for support or download the Bright Sky App to find a local helpline in the UK.

In addition to the PSA, the campaign includes complementary posters and a radio spot, which NO MORE and its chapters will share throughout the 16 Days of Activism Against Gender-Based Violence. Like with Covid-19, the signs of domestic abuse are not always visible. The campaign aims to heighten people’s awareness of the problem and encourage them to safely get help if they do hear or observe incidents of domestic abuse, during the Covid-19 pandemic and beyond.

This next phase of #ListeningFromHome comes as cases of Covid-19 are surging in several parts of the world and some places are locking down again. Preliminary data shows domestic violence homicides are already twice 2019 totals in the United States—nearly all of them occurring since Covid-19 began. Globally, the pandemic is projected to cause a one-third reduction in progress towards ending gender-based violence.

Nicky Bullard, chairwoman and chief creative officer of MRM said, “It takes three years on average for people in violent relationships to ask for help. So if we, as neighbours, on the safe side of that wall hear it, let’s report it.”

“As Covid surges and the 16 Days of Activism begin, it’s important to call on everyone to help stop domestic violence that’s occurring literally and figuratively next door,” said Pamela Zaballa, global executive director, NO MORE Foundation. “We are extremely grateful to MRM and Great Guns for their incredible work and support.”

Great Guns director Norton worked closely with NO MORE and MRM to craft the subtly harrowing narrative. Starting with the notion that domestic violence can happen right next door without your knowledge, the team landed on a final script that employed seamless editing and camerawork to drive the message home. The subtle cuts between the first three households hearing the violence highlights just how often domestic abuse occurs, whilst the final panning shot shows just how close you may be to someone experiencing it. Norton also combined his own minimal approach to portraying violence on screen with the recognition that overt depictions of abuse could trigger victims.

Norton comments: “Back when I lived in New York, I was once approached by detectives regarding a domestic violence incident next door. I was shocked, as I hadn’t picked up on all the signs to realise what was happening until then. I wanted this film to show these different stages of awareness through a compressed timeline, ending with the full reveal. To symbolise how many of us are having similar experiences as neighbours of domestic violence, I thought of this ‘choreography’ that connected the three characters, as if they were one. We’d cut on action between each scene, and cross the wall together with the audience, so that the reveal happened as the characters realised what’s truly behind it.”

Due to Coronavirus restrictions, the team shot everything on separate days and, in some cases, on separate coasts of the US. Aside from the final shot of the film - which was completed last - Norton directed all scenes remotely with varying setups, ranging from watching playback on Facetime to full live monitoring via a connection to the camera. To aid in these new shooting methods, the team sourced DOPs that had multifaceted offerings - location, potential housemates who could act in the film, and quality of work.