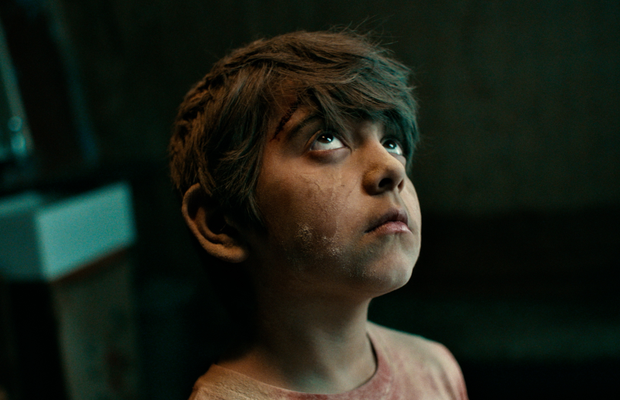 Familia director Henry Dean teams up with agency Don’t Panic and Concern Worldwide to release the second video in their ‘Nothing Kills Like Hunger’ campaign, called ‘Lucky Ones’.

Director Henry Dean speaks more about the project: "An intensely personal charity film for the Ireland-based international organisation Concern Worldwide, highlighting the need for ongoing support in war-torn regions to prevent young people succumbing to hunger. More children die of hunger and related diseases than conflict. This film tells the story of Walid, a young refugee who despite overcoming a life full of disaster and pain, has his fate cut short by this invisible killer. It is brought to life through a hybrid blend of narrative scenes and archival footage, making this individual story instantly reflect the lives of thousands.

"Concern is Ireland’s largest aid and humanitarian agency. Nothing Kills Like Hunger urges the public to donate, in order to provide continued support in conflict regions, preventing unnecessarily hunger deaths and saving the lives of countless children.

"This production was full of interesting challenges. The film was originally supposed to be made up entirely of archival footage, yet Henry, the director, saw the potential to personify the issue through shooting a heart-wrenching scene showing our young protagonist in the immediate aftermath of a disaster. This resulted in our first challenge of finding a location in London that would play as a war torn Middle Eastern city. Thankfully we were able to find a disused pub in Bethnal Green, and their attic did just the trick. On top of that, our director was out of the country throughout the entire pre-pro, production and post process. It was his first time orchestrating a project entirely remotely, and thanks to the lessons learned over the past year of lockdowns and a wonderful team of collaborators, we were able to pull it off successfully.

“After spending my entire career so far working on bizarre music videos and heartfelt but kookie commercials, working on a charity film with a real humanitarian purpose was an opportunity that I relished. I love blurring the lines between formats and genres, so I was glad when the agency and client got on board with my idea to blend a heartfelt narrative scene with some archival doc-style on the ground footage. It’s always a nice pat on the back when a group of people jump on board with your ideas and to know that it was helping save lives made that inflated sense of ego a little more bearable. Charity films always do a fantastic job of making you see the big picture, and recognising the widespread nature of issues at hand. I wanted to use this opportunity to illustrate the tragedy of a single life cut short, and charge that larger context with the immediacy and sorrow of an individual story.”

“We have all seen the breath taking shots of children being pulled from rubble, a crowd of people cheering, elated families overwhelmed with joy. But with this film we wanted to explore what comes immediately after -- when the frenzy has faded, and the real care begins. By showing Walid being cleaned and looked after by his mother, we aim to build a false sense of security in our audience, which makes the painful realisation that Walid didn’t make it all the more poignant.”