'Nothing' Really Takes Off in Ostrich Studios' Global Campaign for Fiverr 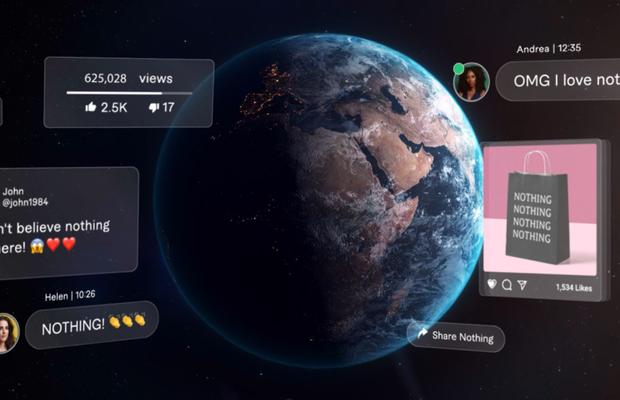 Christina Yu has joined Ostrich Studios in a role that will see her lead the creative and production vision of the company moving forward in partnership with the company’s founder, Patrick Scissons. Their latest global campaign launch for Fiverr, one of the world’s leading e-comm freelancer platforms, was created with Ostrich assuming not only creative but also film director & production responsibilities for the campaign.

“Patrick and I discussed working together for well over a decade now,” said Christina Yu. “We’ve both also directed individually and share the same vision for a nimbler, vertically-integrated model that puts the lion’s share of a brand’s investment into the product, not the process.”

Prior to joining Ostrich, Ms. Yu was an award-winning CCO & Partner at Rethink Communications and DDB’s Red Urban – the latter where she established the office and helped lead the VW account globally.

Ostrich was established in 2018, with “Ostrich Algorithm” as a privately-funded digital product development studio. Since then, the company has extended its offering into professional services, production and media, with clients that include: Fiverr, Freshbooks, Post Foods, Lee Valley Tools, Kits Eyewear, Second Cup, Beattie’s Vodka and Hemisphere Cannabis.

In 2020, OstrichCo became a Founding Network Partner of by The Network, a global independent agency network collective led by Per Pedersen, former Creative Chairman of Grey Group. The maker-minded studio currently has 12 staff, embracing a product-as-service scrum structure, over traditional agency departments and titles.

“Working with Christina is going elevate our end product across the board,” adds Ostrich Founder, Patrick Scissons. “She’s a huge talent and personally I’m excited to work alongside someone whose work and values I’ve respected for the better part of my career.”

The duo’s latest campaign for Fiverr ‘Turn nothing into something’ serves to address the notion that there are millions of people, from entrepreneurs to company decision-makers, around the world sitting on incredible business ideas, but only a few of them will turn them into reality.

The campaign launches October 27 with more than 50 different campaign assets and will run in several of Fiverr’s key target markets and will feature digital, TV and out of home.

In a recent study Fiverr conducted in partnership with YouGov that asked U.S. adults about starting a business, 25% of respondents revealed they had a business idea in the last 18 months; however, of the nearly 60 percent (59%) who never pursued their business idea, 58% said it was due to lack of resources.

OstrichCo | by The Network! - Agency Credits