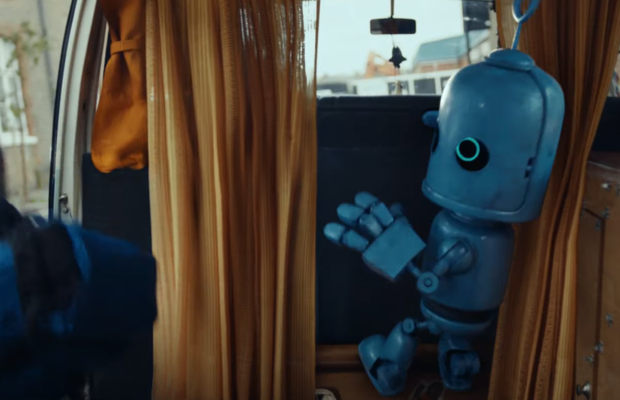 O2, has today launched ‘Road Trip,’ the latest campaign in their ‘Make Every Day Brighter’ series designed to promote the new O2 ‘Plus Plans’ package available to new and existing O2 customers.

O2 worked with UK agency of record, VCCP London, to mastermind ‘Road Trip,’ an integrated campaign highlighting the new ‘Plus Plans’ offering. The new ‘Road Trip’ creative draws upon O2’s heritage in live music, and taps into the welcome return of music festivals across the country, after beloved live events were cancelled last summer due to nationwide restrictions and lockdowns.

The fresh new creative will run in the UK from today until 31st October and launches with a 30” hero film inspired by the return of events in the UK. Directed by celebrated director, Gary Freedman, the hero TV film captures friends road tripping to a festival with Bubl, O2’s loyal and reliable blue robot in the back of the campervan brightening up their journey. Bubl is featured as the central creative pillar in ‘Road Trip,’ with its fairy-lights symbolising the promise that O2 will ensure that customers have access to the best possible service and benefits with the new ‘Plus Plans’.

The new ‘Plus Plans’ are available to both O2 new and existing customers and benefits include roaming in 75 countries at no additional cost, up to 6 months free Apple music and a three-year warranty.

‘Road Trip’ is the latest evolution of ‘Here Comes Brighter’ which launched earlier this year from VCCP London. From the promise of ‘here comes brighter’ to the proof of ‘making every day brighter,’ ‘Road Trip’ continues this manifestation with Bubl brightening up customers' lives with O2 experiences, and extending this message to O2 ‘Plus Plans.’

Discussing the new campaign, Simon Groves, Director of Brand and Marketing at O2, said: “At O2 we’re constantly reviewing how we can give our customers more of the things that matter to them, for even greater value. Bubl forms the perfect embodiment of our core values, and the new ‘Plus Plans’ platform gives customers access to a variety of additional benefits including international roaming, 6 months free Apple music and added protection for their phone with a three-year warranty, giving them even more reasons to choose O2.”

Adding to this, David Masterman VCCP London Creative Director commented: “O2's Plus Plans give consumers all manner of perks to brighten their day. So, building on what we've done so far with Bubl, our helpful little blue robot, we dramatised this with a group of friends, a campervan and 51 boxes of fairy lights.”

‘Plus Plans’ campaign will run in the UK from 10th September until 31st October across TV, DRTV, BVOD, online video, Print, Social and Retail in the UK. PR is supported by Hope and Glory. Media has been planned and executed by Havas Media.

Behind the Work: Cadbury’s Caramilk Superfan Sits on Billboards Across the UK

Cadbury Sticks a Real Life Aussie to Billboards in London, Manchester and Birmingham