The agency's new strategic division, M:LIFE, has commissioned a study into the $270bn Modest Fashion industry, and the Muslim Women that fuel it in the UK 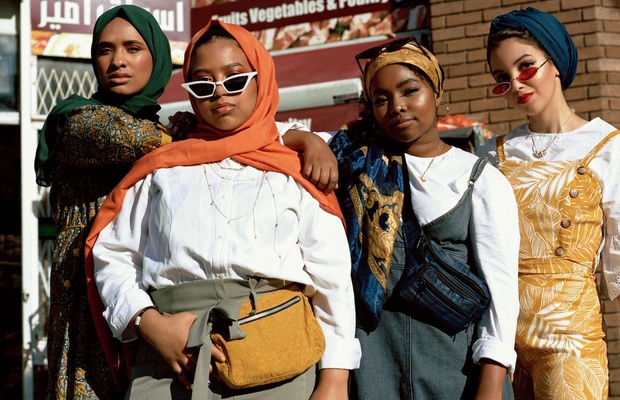 A recent study commissioned by fashion and lifestyle creative agency ODD has revealed that a shocking 86% of Muslims feel ignored by fashion brands.

The study, Modest Fashion: The Industry’s Best Kept Secret, which is the first of its kind, highlighted the huge disconnect between the fashion industry and Muslim consumers in the UK.

The study surveyed over 500 women across the UK and interviewed women from Birmingham, Bradford, Leeds, London and Manchester and delved in to the billion-dollar Modest Fashion industry which is just starting to gain momentum in the Western world.

Modest Fashion – clothing suitably loose-fitting, covering and non-transparent and that is worn predominantly by Muslim Women in the UK, is an industry worth $270bn and one of fashion’s fastest growing sector. Yet despite this billion-dollar industry, the study revealed that the major fashion players are failing to connect with this growing, increasingly affluent audience.

The study highlighted the massive disparity between the efforts of the major fashion retailers and desires of British Muslim women who, contrary to misguided opinion, see fashion as a huge part of their identity and self-expression. So much so, that they spend 16% more on clothes and accessories than the average British consumer.

Despite this huge appetite for fashion, Muslim women expressed low confidence in retailers and a difficult path to purchase when asked about their current shopping experience - revealing that they visit a store expecting not to find an item that meets their requirements. This cynicism was often founded, with 3 in 4 women citing that they very frequently put back a product they liked in store because it didn’t fit their modesty requirements.

In order to find appropriate clothing, it revealed that Muslim women are used to having to combine multiple items and alter garments themselves. With more than half of women admitting to buying items from the men's department in the last year to create a suitably modest look.

The study also unveiled interesting insights for companies who had made a foray into modest collections – with respondents calling out brands for failing to understand the needs of Muslim Women when it came to their product lines. Far from the cultural appropriation 63% had seen from the big brands’ collections, there was a clear appetite for curated collections of the designer’s regular clothes.

The study was commissioned by retail experts ODD’s new strategic division, M:LIFE, with the support of the Muslim Influencer Network (MIN).

M:LIFE has been set up to advise fashion and lifestyle brands on how to drive desire for their brand amongst Muslim consumers in an informed and authentic way. They believe that the current landscape presents a golden opportunity for retailers to get ahead of the curve and position themselves as the brand that understands the needs of Muslim consumers.

Headed up by strategist Arif Miah, the full M:LIFE workshop provides a deep-dive into the findings from their study on the lifestyles of British Muslim women and how they shop. From their mindset, motivations and purchase decisions, to their discovery process, obstacles and needs.

Arif Miah, strategist at ODD said: “There are so many distinct characteristics to the British Muslim lifestyle that inform how they shop for fashion, so it’s imperative brands are informed by insights, not assumptions, if they want to hit the mark. We’re looking forward to sharing the insights from our study to help brands connect with Muslim women in a relevant and authentic way and make them part of the mainstream fashion conversation."

Simon Glover, founder and MD of ODD added: “With retailers continuing to face challenging trading conditions and unprecedented competition, Modest Fashion cannot be ignored if brands are to cement their place in the future. We hope that M: LIFE can be the first step in helping brands big and small to pivot, making sure they are properly set up to cater for what is one of the sectors largest growth opportunities.”

A summary of the report, which contains the first three insights from the study, can be downloaded here.