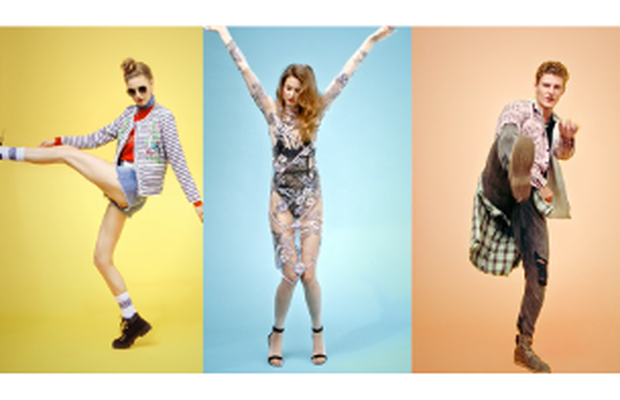 River Island has launched a new campaign for SS’17. The campaign was developed, art directed and produced by ODD and includes TV, Cinema, press, digital and social.

Whereas previous campaigns have been product or season specific, ODD has taken the River Island brand in a new direction. Having recognised that the fashion landscape continues to become increasingly democratised, ODD was tasked with developing a stronger and more differentiating campaign message, that embodies the brand’s values and personality.

Despite long-term shifts in behaviour and attitudes towards identity and self-expression, particularly amongst Gen-Z, the fashion industry at large still advocates certain ideals and behaviours. Fashion is a means by which individuals can reflect their multi-dimensional sense of self – from tailored, to tom-boy and pretty to preppy. As the late great Alexander McQueen once said, “Fashion should be a form of escapism, not a form of imprisonment”.

ODD’s strategy was to the tackle the concept of identity and self-expression head on, by challenging and reframing the unspoken rules which prevent and restrain us. To this end the campaign seeks to encourage, celebrate and give people the confidence to express their individuality and have fun with fashion. The art direction visualises its cast embracing multiple identities and looks, whilst the social activation features a series of influencers taking a specific fashion trend, subverting it and making it their own.

River Island, with the help of their media agency, Mindshare, will also be looking to take the conversation around identity further, beyond the confines of fashion, via partnerships with a selection of targeted men’s and women’s media titles.

Nick Stickland, co-founder and Executive Creative Director, ODD said: “River Island have made a brave move in deciding to join the cultural conversation on the concept of identity and self-expression. As such, it’s an exciting time in the history of the brand and we’re thrilled to be working with them.”

Josie Cartridge, Customer Director, River Island said, “River Island has sought to give people the inspiration and means to choose their own style at an affordable price for over 60 years. With the fashion world in a state of flux, SS’17 was the prime time for the brand to take a more conversational approach in a bid to cut through the competition.”

Cartridge added; “The campaign helps to cement our [River Island] proposition and build on our fashion authority. We’re looking forward to seeing how our consumers respond to it.”