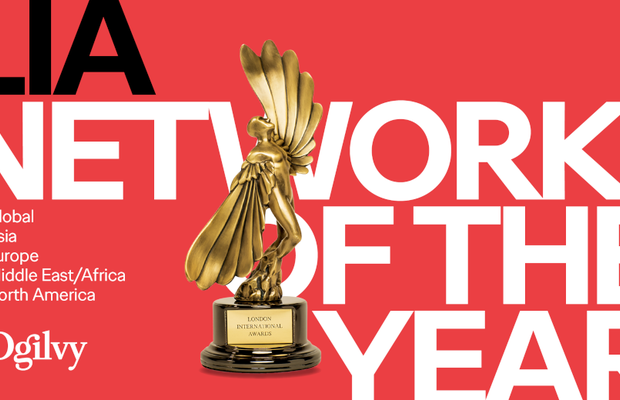 Ogilvy has been named Global Network of the Year at the 2021 London International Awards. Ogilvy’s network was awarded 188 honours for creative from 26 offices. The network won five coveted Grand awards including two for ‘Moldy Whopper’ for Burger King, two for ‘Stevenage Challenge’ also for Burger King, and one for Ogilvy UK’s stunning ‘Courage is Beautiful’ campaign for Dove, done in collaboration with Toronto.

Ogilvy UK has played a strong part, not only winning the Grand LIA but 4 Golds, 5 Silvers, and 6 Bronzes.

“Proud does not even begin to cover it. Our iconic, culture-changing, value-driving ideas are a true manifestation of borderless creativity. I am thrilled our Unilever team played a part by winning a coveted Grand Award for Dove’s 'Courage is Beautiful' campaign. Congratulations to everyone worldwide for contributing to this wonderful accolade.” Fiona Gordon, CEO, Ogilvy UK

“This is a direct result of the powerful work our teams, creatively led by Jules Chalkley, continue to make across all disciplines. Not to mention the great work done by the global Unilever team sitting in London, led by Dan Fisher. Borderless creativity personified.” Dede Laurentino, chief creative officer, Ogilvy UK

Billboard: Use of Photography Campaign

Print: Use of Photography Campaign

Billboard: Use of Photography Campaign

Print: Use of Photography Campaign

Lockdown in a Book - Ogilvy

Design: Use of Copywriting

Today We Rise - Girl Up