The Great Guns director discusses his latest campaign for Tajawal Travel, some of the most iconic TV ads from his childhood, and how his globe-trotting lifestyle influences his work 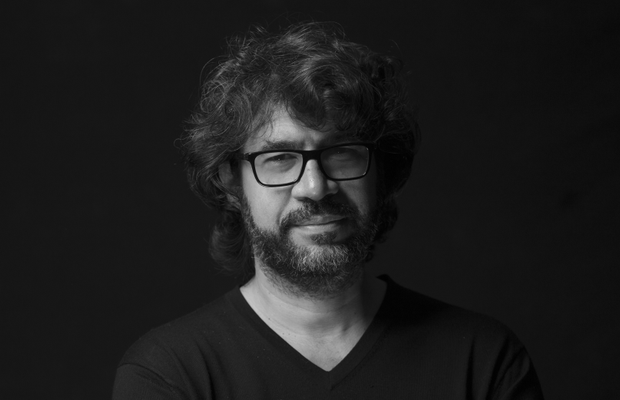 When tasked with depicting what travel and escapism means to us all for Tajawal Travel, Omar Hilal looked beyond the obvious. With years of experience making thought-provoking work, he is never satisfied with an easy answer to a brief. The Great Guns director turned to art for inspiration, connecting the feeling of burning out to the idea of living like an animal. The result is a stunning piece of work that reminds us that there’s more to life than the daily grind.
To find out more about this incredibly relevant campaign - and his approach to directing more generally - we spoke to Omar about his inspiration, global perspective, and the ads he’ll never forget.

Q> The ‘Caged’ campaign for Tajawal Travel is great. How did you approach the brief? What was your creative process like?

Omar Hilal> The client’s target was the workforce of Dubai, composed entirely of expats who work endlessly to make ends meet. They long to get home, and never take a proper break.
Being a regular visitor to Dubai, I’ve often seen buses packed with people, knocked-out as they return to their houses late at night, ready for next day’s shift in just a few short hours. I wanted to show these people’s plight, but without actually seeing them. The metaphor of ‘working like an animal’ came to mind when I saw the cover of Walton Ford’s book on my coffee table, featuring a depressed looking ape sitting on a couch.
Also, being a child who grew up in the ‘80s, I also remembered a song by Del Amitiri about routine and how it kills you inside. It immediately came to mind that I should make this the animal’s song.

Q> Could you please tell us about how you used Walton Ford’s painting, Jack on His Deathbed, for inspiration?

Omar> I find it mesmerising how Walton Ford paints animals living a human existence. Jack on His Deathbed - featuring a mandrill - felt like a depiction of man who is so tired of living, and wanted to give in, much like when someone is burnt out from over-working. I thought the mandrill would be an entertaining animal to see as the hero to this spot, having a very arresting and expressive face. 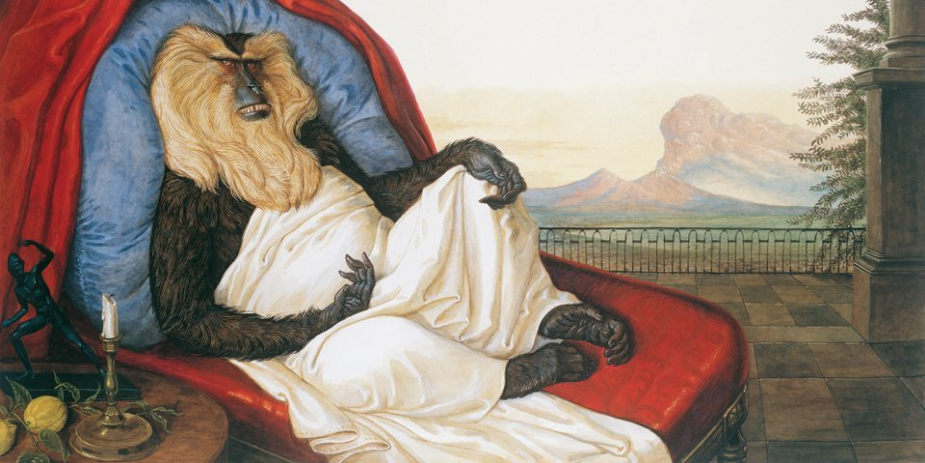 Jack on His Deathbed by Walton Ford.

Q> Do you often turn to art for inspiration in your work?

Omar> Definitely. Hooper’s work is often a reference to mood and light. Gregory Crewdson, David LaChapelle, Fred Herzog, and Stephen Shore are all influences that pop up often depending on the script I’m working on.

Q> With travel now becoming a possibility once again, how are you feeling about it?

Omar> I can’t wait to travel again on vacation. Italy is a second home to me, and I can't wait to go there and travel the entire country by car. I think we took travel for granted pre-Covid, and I want to go to Italy and enjoy every meter of it again.

Q> You once said that you used to visit your grandparents in London as a child and tape the adverts on TV. Have any particular ones stuck with you after all this time?

Omar> There was a spot for Heinz, where a bottle of Heinz was hanging over a burger, and very, very, slowly, ketchup came out onto the burger, as a voice announces: ‘Heinz tomato ketchup, the best things come to those who wait.’
This ad is engraved in my head, as well as another spot for Clover margarine, where a man has everything go wrong for him as he wakes up and gets ready for the day, but then he opens the fridge and the butter isn’t cold, and spreads easily on their toast. The voice over then says: ‘Looks like it’s gonna be a good day after all’ but then we see the man go to work, and forget his briefcase on top of his car as he drives off.
I still feel like I saw these two ads this morning, and I looked for them all over the internet to reference them in jobs, but I never found them.

Q> You’ve moved around the globe. What has living in so many locations, with such contrasting cultures, taught you? And how does it influence your work?

Omar> It’s taught me versatility, and how we are also all the same people no matter how radically different we look, or what we believe in. I’ve directed dialogue in many languages, from Chinese to French and Hindi, all to what I believe in are believable performances. I pick up cultural nuances easily, and weave them into performances.
I also bring my culture’s humour and colour to my work outside of the middle east, and vice versa. I grew up with Mind Your Language, as well as classic Egyptian comedies. This mix, I guess, gives me some variety in telling stories.
'Fear of Flying' for Royal Jordanian, directed by Omar.

Omar> So much of dialogue-based work shot in the Middle East doesn’t get its fair recognition in award shows. Arabic doesn’t sound easy on the ear - unlike Spanish or Italian for example - and our exposure gets limited because of it. I’m surprised I said that I only like dialogue-based scripts. I honestly am happy to do work with or without dialogue. The Tajawal spot is a good example of choosing zero dialogue to express a thought.

Q> What has the last year been like for you? How did it affect your creativity?

Omar> It was terrible, yet the time I had on my hands came useful. I worked more on a feature script, hopefully close to fruition.

Q> Do you have any upcoming projects you’re excited about?

Omar> I’m working on a talent show that can be quite different; a unique mix of travel and documentary. For advertising, I just shot a few spots I’m pleased with, so I’m taking a small break.

Q> If you could work on a dream project, what would it be?

Omar> A long-format drama that would move people. But the dream is to see it in cinemas. I know platforms are where most work is viewed today, but it's been my dream since I was a kid to see my film in a cinema, and I’m working hard to make it come true.