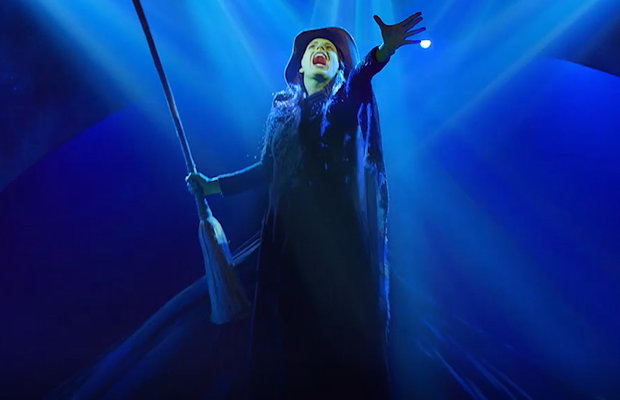 More than a year ago, all Broadway theatres closed, putting 90,000 people out of work and curtailing the $13 billion economic impact Broadway has on New York City. But after a year of devastation, the theatre lights are getting ready to illuminate once again.

At this pivotal moment in Broadway’s history, all the industry’s key players from unions to producers to theatres have come together to create an integrated marketing campaign designed to get audiences back into Broadway theatres. Leveraging complete access to all of Broadway’s archival footage and music, creative agency Lucky Generals created the ‘This Is Broadway’ campaign that brings to life the full experience of Broadway while supporting ticket sales for its upcoming season. The campaign is a first of its kind, as it establishes a consumer facing brand and visual identity for Broadway theatre as a whole, an international art form that is quintessentially American, versus individual shows.

The campaign is anchored by an anthem film inspired by the work of celebrated film director Jon Kane and voiced over by Oprah Winfrey. It is comprised of footage from 99 shows—ranging from “A Chorus Line” to “Hamilton” to “Springsteen on Broadway”—that reflect the joy, spectacle, and emotion of Broadway. It’s the widest ranging and most inclusive effort in Broadway history, using all of Broadway’s archival footage for the first time, made available to the industry through a joint commitment from the key Labor Unions. The film features stars including Hugh Jackman, Bruce Springsteen, Lin-Manuel Miranda, Sara Bareilles, Billy Porter, Angela Lansbury, Ethel Merman, James Earl Jones, and Denzel Washington, to name a few.

Created in partnership with media agency Resolution, the campaign leverages sophisticated audience data and digital channels to ensure that messaging is tailored to the audiences most likely to purchase broadway tickets in the coming months. A range of 30 second, 15 second and 6 second digital ads will run in New York City locations like subway and bus stations, taxis, Wi-Fi kiosks, and in Times Square, and on media platforms with broader geographic reach, including YouTube, Facebook, CNN, Condé Nast, Hulu, The New York Times and more.

The effort has also brought together over 40 independent LLCs that represent the industry’s current season of shows to ensure unilateral support for all members of The Broadway League.

A central element to the campaign is Thisisbroadway.org, which provides audiences with a comprehensive overview of what’s playing on Broadway. The site allows audiences to explore all Broadway shows on offer in New York City, pass interested audiences directly to a specific show’s site or official ticketing partner, and share actionable insights with all shows around audience dynamics, their interests, and ticket conversions. It is also home to the campaign’s anthem film, safety information, and real time updates regarding Broadway’s return.

“It has been an honour to collaborate with such incredible partners to support the return of this iconic medium,” said Lucky Generals strategy partner, Jess Roubadeaux. “Broadway’s impact is felt far beyond the reaches of NYC. We sought to create a design system and campaign that could capture its distinctive brilliance – while leveraging a data-driven framework to guarantee audience engagement.”

Broadway League’s Campaign Architect, Andrew Lazzaro, adds: “The work benefits enormously from a digitally native team at Lucky Generals that immediately saw the value in data, the role of media, and could move quickly to ensure the creative met the moment to deliver an elegant path to purchase during a period of unprecedented uncertainty.”

Retail’s Big Reset: Rewilding, Rethinking Tech and the Rebirth of the High Street