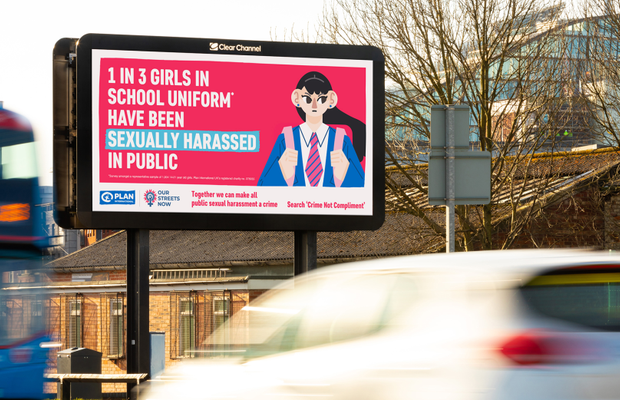 Clear Channel has joined forces with Our Streets Now and Plan International UK to launch a national out of home campaign in efforts to make public sexual harassment (PSH) a criminal offence in the UK and change the culture surrounding it.

The #CrimeNotCompliment campaign has been created by Plan International UK, a global children’s and girls’ rights charity, and Our Streets Now, a movement started by sisters Gemma Tutton and Maya Tutton, who have been campaigning since 2019 to bring an end to public sexual harassment. In November 2020, the two organisations launched their partnership with the #CrimeNotCompliment campaign, calling on the government to make public sexual harassment a criminal offence. 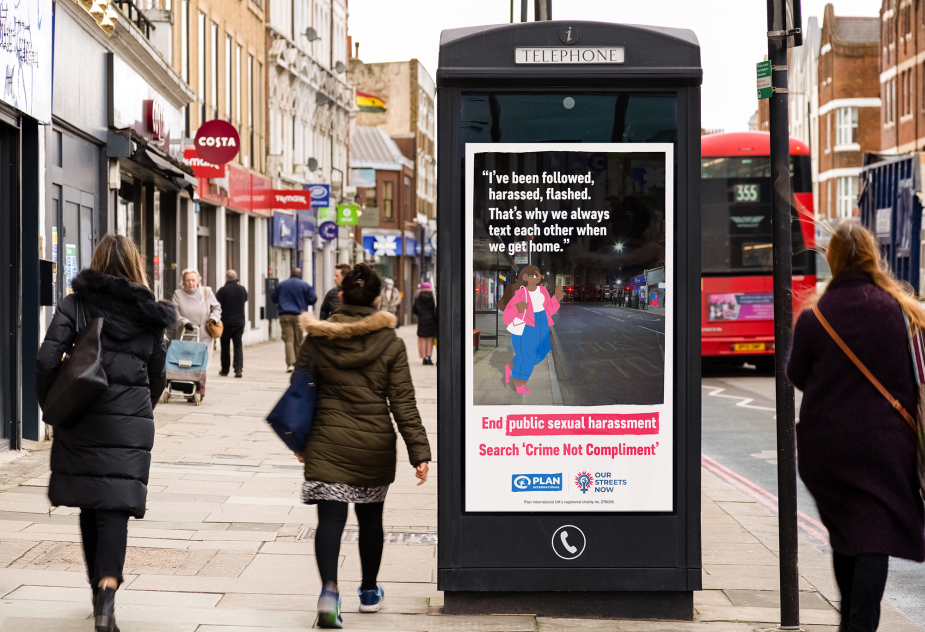 The out of home campaign has been in development since the end of 2020 and launches today across Clear Channel’s digital out of home sites nationwide. Featuring striking visuals and real-life testimonials, the campaign highlights the everyday experiences of public sexual harassment experienced by girls, young women, and people of marginalised genders, and encourages the public to take joint action. 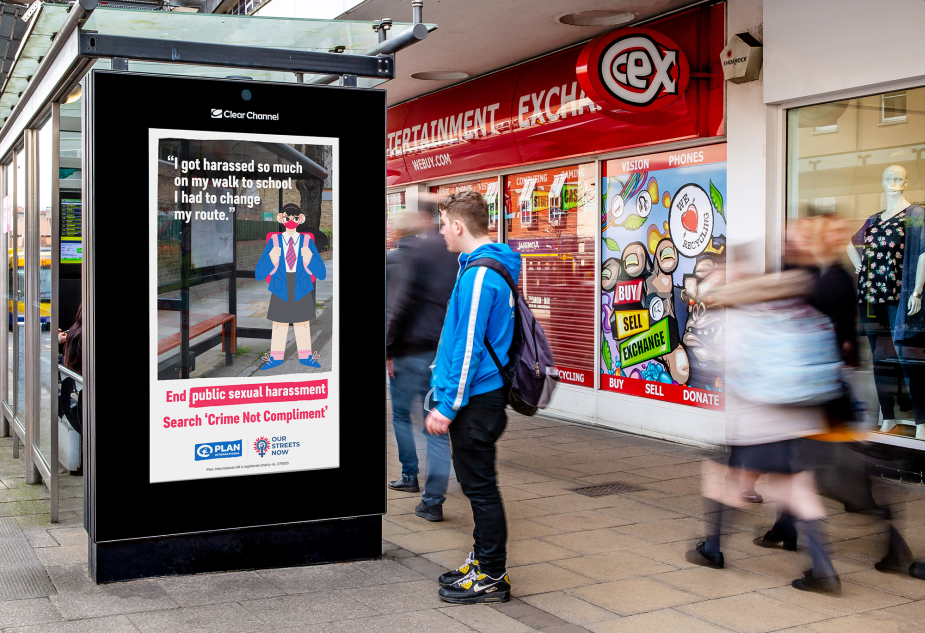 The #CrimeNotCompliment campaign also highlights the persistent and pervasive problem of public sexual harassment in the UK. Findings from Plan International UK’s survey of over 1000 girls aged 14-21 in the UK, found that: 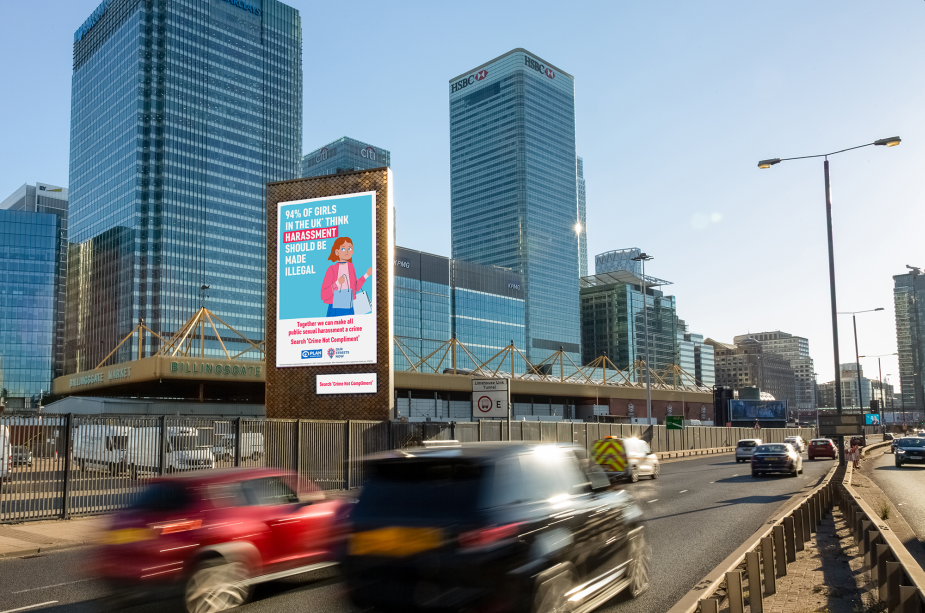 Rose Caldwell, CEO of Plan International UK, says: “We are thrilled to be partnering with Clear Channel on our #CrimeNotCompliment Out of Home campaign in partnership with Our Streets Now. These brilliant, thought-provoking designs highlight the true extent of public sexual harassment, which blights the lives of so many young women and girls in the UK today.

"All women and girls should feel safe in public spaces, yet they still continue to face harassment every day. They’re being followed, shouted at, touched and groped – and it needs to stop.

"That is why our #CrimeNotCompliment campaign with Our Streets Now calls upon the government to establish a clear law that criminalises all forms of public sexual harassment and protects the rights of girls to a life lived without fear. Through legal change we will start to see a cultural shift, and together, we can finally end the scourge of public sexual harassment.”

Sravya Attaluri, creative director at Our Streets Now said: “Art and illustration have been at the core of Our Streets Now’s campaign work. We believe in the power of art to motivate, educate and empower. Until now our artwork has taken up space solely in the digital landscape, so we are hugely excited to bring these empowering visuals to physical spaces with Clear Channel and Plan International UK.

'We wanted people to be able to see themselves in the illustrations, and we chose bright positive colours to show the strength, power and sense of community among survivors of public sexual harassment. We hope that these images will help start a conversation and ultimately change the culture around public sexual harassment in the UK.”

Martin Corke, chief marketing officer at Clear Channel UK, said: “At Clear Channel, we recognise that public sexual harassment is a serious, on-going issue and we’re keen to play an active role in driving those much-needed public conversations and changing unacceptable behaviours to make our communities safer for everyone. We approached Our Streets Now and Plan International UK to help amplify their brilliant efforts and use our very public medium to spread the word about their mission far and wide.”