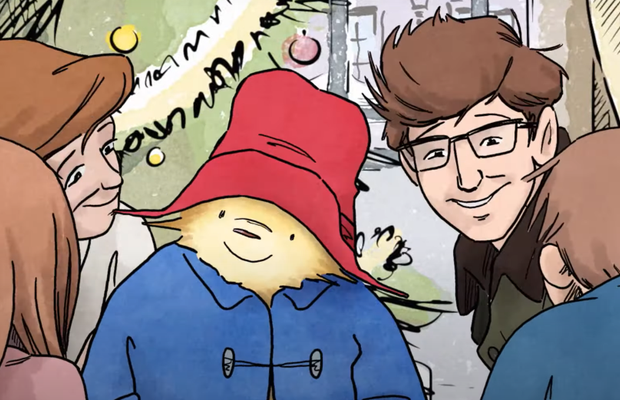 Leading heritage and lifestyle brand Barbour is collaborating for the first time with the much-loved children’s character Paddington Bear for this year’s seasonal campaign. This friendly, kind hearted bear from Peru, with his old hat, battered suitcase, duffel coat and love of marmalade has become a classic character from British children’s literature. Written by Michael Bond and illustrated by Peggy Fortnum, the first book, ‘A Bear Called Paddington’ was released in 1958 and remains a children’s firm favourite.

Barbour’s seasonal film includes the original Peggy Fortnum illustration style which has never been animated before.

Emotive, fun and heart warming, Barbour’s festive film follows the mishaps and adventures of Paddington Bear as he comes up with an idea for a thoughtful gift. Full of nostalgia, it celebrates the joy of giving a very special present that means so much.

Paul Wilkinson, group marketing director, Barbour said: “Paddington Bear is a much-loved children’s character who is kind hearted and full of good intentions even if he does get into scrapes along the way! To celebrate our Re-Waxing Centenary, we have centred the story around a thoughtful gift from Paddington as he re-waxes Mr Brown’s beloved Barbour jacket for Christmas. It’s nostalgic, humorous and sentimental and shows just how much our Barbour jackets are loved and become an important part of the family; if re-waxed at least once a year, they can last a long long time.”

Triple Academy-Award winning production company Passion Pictures produced the animation in beautiful hand-painted 2D. Directed by trio againstallodds, the film was created in TV Paint and aftereffects, with painstaking effort made to faithfully bring Peggy Fortnum’s signature style to life. Every frame of the animation is hand drawn and painted with close to 3000 hours of work since May going into the design, animation and composition of the final film. Working closely with the production team at Passion Pictures, Barbour’s integrated creative agency, Thinking Juice one of the UK’s top ten independents, were inspired by the Paddington quote “Please look after this bear” from the original story to come up with the narrative and the creative elements of this campaign.

To support the campaign, Barbour is launching a children’s Paddington Bear collection. Soft jersey sweats and hoodies in navy, red, grey and ecru feature alongside nightwear all with humorous Paddington Bear illustrations by Peggy Fortnum - some with a Barbour twist - to make the perfect festive gift.

Accessories include hat and scarf sets, beanie hats and cosy wellington socks to keep the youngsters of the house, snug and warm on winter walks.