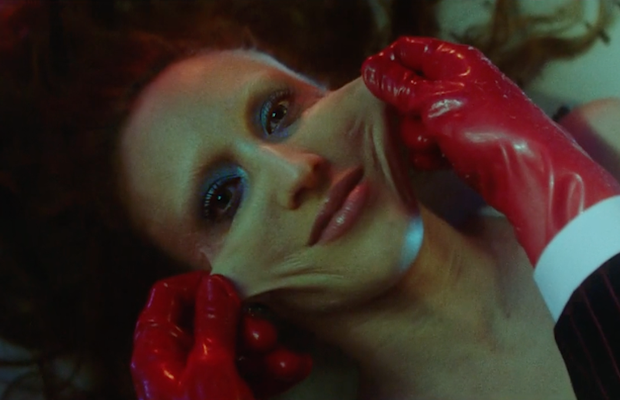 Following the release of her BBC documentary ‘Paloma Faith: As I Am’ and the birth of her second child, Paloma today returns with her latest single ‘Monster’ taken from her latest album ‘Infinite Things’. The single and video are both out today via RCA records.

Fan favourite ‘Monster’ is a thunderous, unadulterated pop track that sees Paloma confront difficult darker truths: her relationship with the music industry and media. The video, directed by Yousef with creative direction from long-time friend and collaborator Theo Adams, takes  the idea of the Monster head on metaphorically by offering a modern twist on Frankenstein with melodramatic Giallo, Cult films like Dario Argento's Suspiria and Inferno, and Bollywood stylistic influences.

The video asks the question who is the Monster...is it the women that the androgynous creates, the monster at the end or the doctor himself?

Talking about the concept for the video, director Yousef commented: “The doctor represents society in general, showing how women are silenced, manipulated physically and mentally and then cast aside like they're nothing. Relating to the music industry which Paloma's lyrics  are about, it shows how artists are churned out, disrespected and disregarded. The aesthetic of the video is heavily inspired by the Italian horror genre epitomised by Giallo and Dario Argento’s supernatural horrors ‘Suspiria’ (1977) and Inferno (1980), as well as vintage  Frankenstein films like James Whale’s ‘Frankenstein’ (1931).”

Talking about the new single Paloma said: "This track is about my relationship with the music industry and my career as a whole. At the beginning lots of people were asking me to do  things I didn’t necessarily want to do. I also didn’t used to care about money, only art. The  industry changed me. It was this tug of war and now I'm at a stage of my career where I feel  it might be the end. There's this weird sense of feeling that women in the industry have a  shelf life. With the video for Monster myself and Yousef wanted to reflect how society in  general treats women whether it's physically or mentally. The male figure in this video decides and discards his pound of flesh”

PRETTYBIRD UK co-founder Juliette Larthe was executive producer on ‘Monster’, with executive producer Chris Murdoch who commented: “This was a very special project for us. The combined creative geniuses of Yousef and Theo Adams working together to create  pure magic. As well as representing Yousef at PRETTYBIRD, we also have Theo on our roster as a creative director. This collaboration with Paloma on ‘Monster’ was the perfect platform to combine their powers.”

VFX contemporary director Yousef joined the PRETTYBIRD family in 2019, and  has created mindbending promos and commercials for the likes of BBC iplayer,  SG Lewis and They Gym.

The video for ‘Monster’ is another red-letter moment in what has been a great start to 2021 for Paloma Faith.

Earlier this year saw her release her BBC documentary ‘Paloma Faith: As I Am’ which received praise from critics and fans for it’s insight into the pop stars life and frank discussions around motherhood. October 2020 saw Paloma release ‘Infinite Things’ and gain her fifth UK Top 10 album of her career.

Camera supplied by: One Stop Films