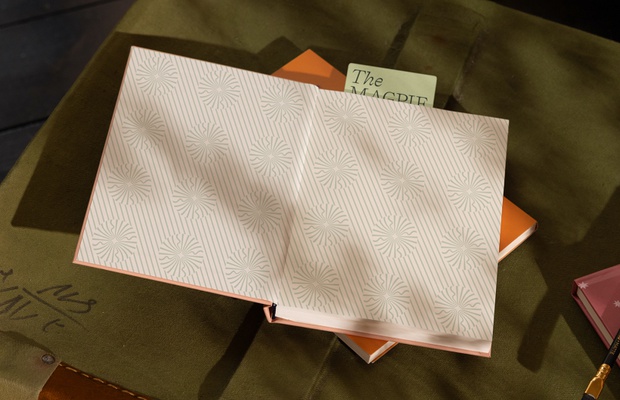 Is there anything more exciting and alive with possibility than a brand new, blank notebook? If you’re a paper person or a stationery stan, then, no there isn’t. The sensual experience paper (smooth, textured, lined, plain, dotted, heavy, light), the pristine cover and, most importantly, a world of possibility. What ideas will come to life? What long-awaited tasks will be crossed off the never-ending to-do list? Most people probably won’t understand, but when it comes to stationery, those who get it… really get it.
And if that's you, then according to Papier founder and CEO Taymoor Atighetchi, that makes you a 'paper person'. 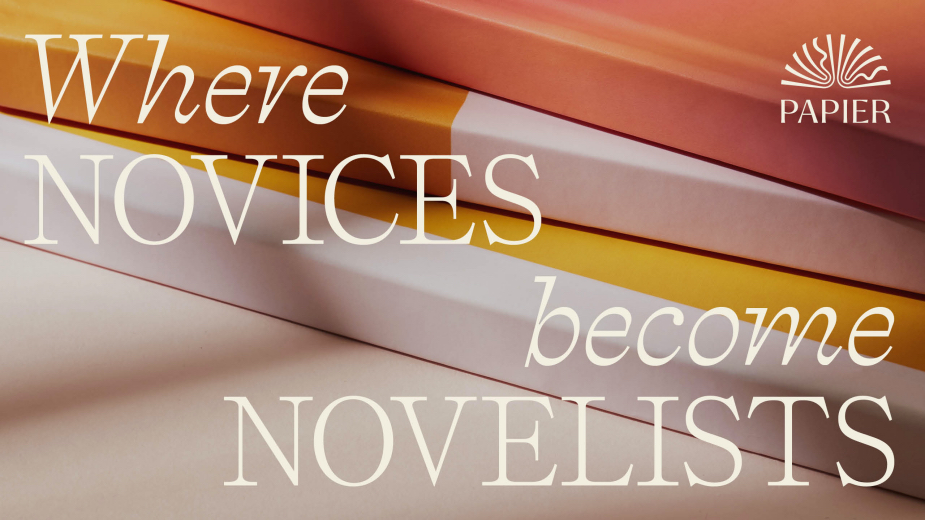 For stationery obsessives, Taymoor Atighetchi is a bit of a hero. Imagine having the vision to turn your habit of lingering in the pen and paper aisles and thinking far too much about paper weights into a disruptive, international business? Papier is a high end direct to consumer stationery brand that collaborates with designers, artists and institutions to create beautiful and desirable items and allows people to personalise their notebooks, diaries, writing paper, and more. 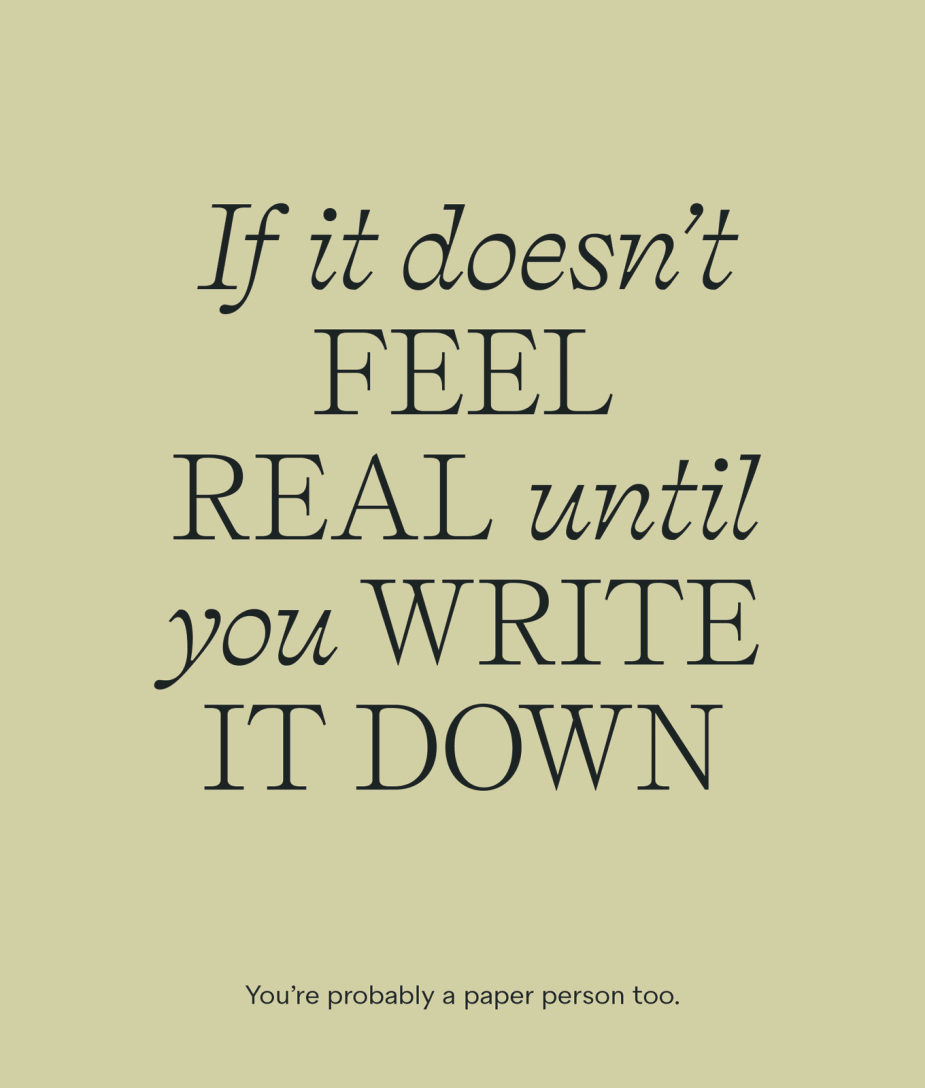 Founded in 2015, with a team of just three people, the business is now 80-people strong, operating in three countries (UK, USA and Australia) and serving over a million customers. And it all started from a passion for paper. “I’ve always been a bit of a stationery addict or paper person as we say, and wanted to build a brand that could really define the category,” says Taymoor.
Six years later, Papier is no longer a start up. And so for Taymoor and the team, it was the perfect time to rebrand. They’ve just relaunched with a confident new look from branding agency Ragged Edge.
“We built the brand six years ago before we had a product to sell or any customers to buy them. Fast forward to today, and our community has grown to over one million customers across the UK and US. So, I wanted to rebrand with the benefit of these new voices and perspectives,” says Taymoor.
Where the original branding was classic, minimalist and a little brittle, the new look allows for a more thoughtfully playful vibe – as the business has grown and evolved, Taymoor and his team have developed a clearer understanding of what the brand is. However, rebranding when the business is growing might be seen as something of a risk.
“We went in with an open mind about what we wanted to change; nothing was off limits except the name - we knew it was important to push ourselves and to be brave. But I’d be lying if I said we weren’t nervous!” reflects Taymoor. But ultimately it was the right choice for a brand that had started to outgrow its original look and has discovered its voice along the way. “Great brands need to constantly evolve to remain relevant and that requires courage and conviction, especially when you’re doing it at a point where the brand is growing faster than ever.” 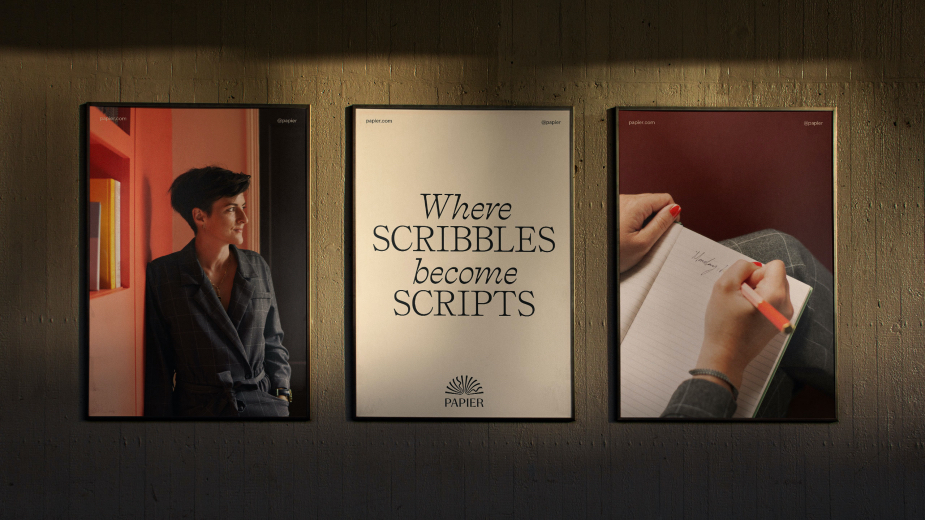 It was important that agency Ragged Edge ‘got’ the business, brand and mindset of the customers too – and Taymoor says that connection was obvious from the start. “When we started talking to Ragged Edge, we knew very quickly that they’d be the right partner for us on this rebrand - they really understood what our brand was all about and what we were wanting to achieve, but we knew they could push us to be brave and challenge our own ideas.”
The rebrand includes a logo inspired by the fanned out pages of an open notebook, as well the development of a sophisticated yet playful typographical language that’s distinctive without overpowering either the designs from guest illustrators or the ‘brand’ of the end user. Because what’s interesting about talking about Papier in the context of a rebrand, is that it's a business that allows people to develop their own brand, in that it facilitates self-expression.
“Our purpose is to invite people to uncover the possibilities of a blank page,” agrees Taymoor. “And as you say, those possibilities may in turn be to build someone’s own brand. That’s why stationery is so much more than an object and the meaning goes beyond the cover.” 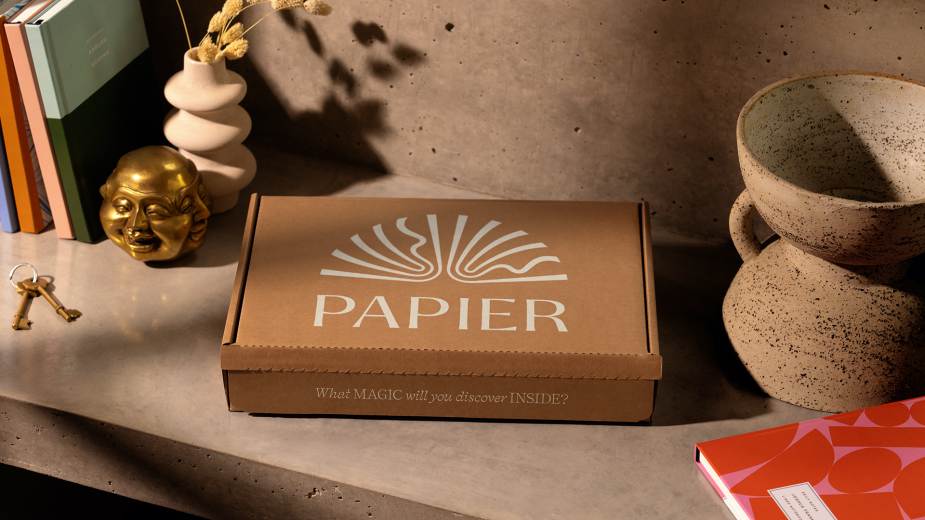 With regard to building a brand identity that would set off the variety of artistic and design styles within the Papier store, while also creating something distinct and ownable, that’s a balance Taymoor believes the Ragged Edge's team has struck perfectly. And, reveals Taymoor, they found an unexpected source of inspiration when it came to finding that harmony.
“Papier has its own strong brand identity that needs to live comfortably alongside the wonderful artists and designers that we partner with. In some ways I think the best brands that do this well are museums - the Tate is a great example of a brand with clear identity that can wrap around the multitude of styles it needs to represent. We looked at a lot of museum identities as part of our process.”
Ultimately, though, the new branding has been built around deep research with Papier’s customer base. Given it’s a passion brand created by a stationery nerd for stationery nerds, the data confirmed what Taymoor already suspected.
“The customer research revealed something I think we intuitively knew - that our customers are thoughtful, kind and considered,” he says. “They value and invest time in their relationships with others as well as nurture and feed their own curiosities. For them, Papier helps them stay connected, inspires their personal creativity and supports them in organising their lives (ticking off those lists!). 90% of our customers tell us that Papier is a brand for people like them.”
In the marketing community, there’s a lot of talk about fandoms and how key they are to a brand’s success. Ordinarily, we might assume that ‘fandoms’ revolve exclusively around certain kinds of media or sports properties and IPs. But even a fairly analogue product sector can foster a fandom if there’s enough passion there. You don’t get much more offline than writing a letter on bespoke headed paper instead of shooting off a WhatsApp, but stationery fans will argue the toss on Twitter about their favourite pen. And that enthusiastic fandom is something that Papier talks directly to.
“There are certainly a lot of fans of the brand and the category in our customer base - we are ultimately building this brand for paper people. Our top bracket of customers are known as “stationery addicts” who are shopping with us almost every week. These are the customers who simply say, ‘you can never have too much stationery’,” says Taymoor. “And I’m sure there’ll be a lot of people reading this who wholeheartedly agree.”
As the digitally-driven world pushes us to store our ideas on some intangible cloud, it seems that there are plenty of paper people out there who value the act of physically writing something down - and preferrably writing it in something nice.