Exqueeze me? Wayne, Garth and Cardi B (yes, really) give the ad industry a bit of a cheeky ribbing in this excellent campaign from The Special Group and SMUGGLER's Guy Shelmerdine 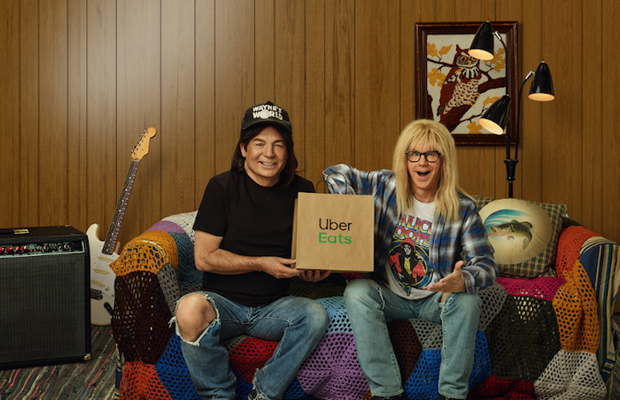 Mike Myers and Dana Carvey, the stars who created and brought to life local-access legends Wayne Campbell and Garth Algar on the classic 'Saturday Night Live', 'Wayne’s World' skits and on the big screen, have reunited to ask viewers to ‘Eat Local’ on behalf of Uber Eats. Joining them in Wayne’s basement rec room is chart-topping rapper Cardi B, who flexes her flair for comedy in the 60-second Super Bowl spot, which will air in the third quarter.
The spot, 'Eat Local', by independent creative company Special Group U.S. and Australia, opens with the memorable, guitar riff intro: “Wayne’s World, party time, excellent.” The spot leverages Wayne and Garth’s jovial personalities to give the advertising industry some good-natured ribbing.
The pair wants viewers to support their local restaurants but claim they’d never manipulate audiences to do so. Of course, the rest of the spot is a mash-up of some of the industry’s classic persuasive tactics. There’s subliminal messaging, a cutaway of Garth, with flowing, blonde curls attempting a sex-sells approach and Wayne bouncing a lookalike baby in an 'Eat Local' t-shirt on his knee.
“We’d never shamelessly rely on a celebrity cameo,” says Wayne, as the camera pulls back to show special guest Cardi B perched on the rec-room couch, making a celebrity cameo. Cardi B joins the guys in a TikTok-style dance sequence, the ad industry’s latest obsession. The spot ends with an invitation to visit the Eat Local website to locate affiliated restaurants.
“We’re so excited to partner with Mike Myers and Dana Carney to bring Wayne’s World back to help support local restaurants,” said Danielle Hawley, global executive creative director at Uber. “We hope that by reuniting local access stars Wayne and Garth, accompanied by none other than Cardi B on the Super Bowl stage, we encourage America to Eat Local."
William Gelner, Special Group U.S.’s chief creative officer, said: “We’re using our place on the world's biggest stage to do something truly important: support local restaurants. And to do so we're bringing the original local access TV heroes, Wayne and Garth. We've all seen a lot of work that does ‘good’. But this one does it while making people laugh. It feels like the world could really use that right now.” 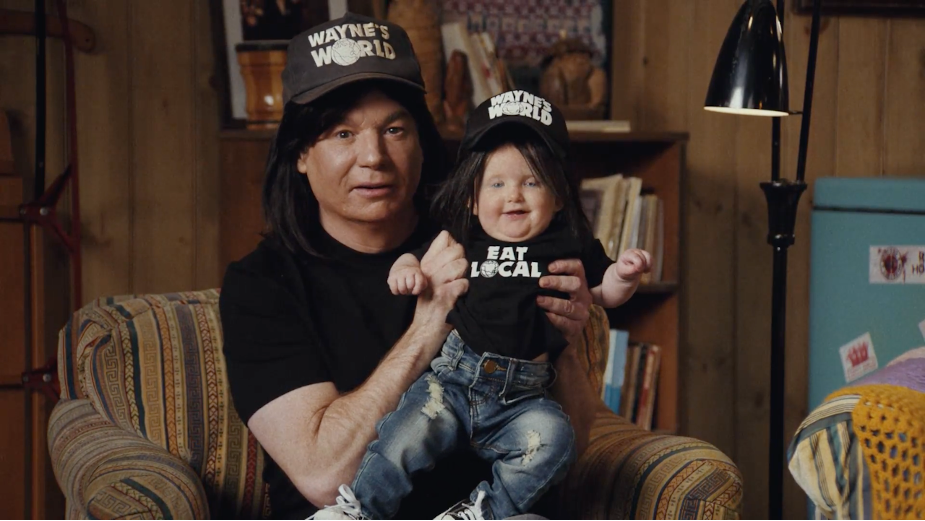 The Uber Eats spot goes well beyond the Super Bowl. A 30-second teaser fittingly previewed during 'Saturday Night Live' on 30th January. Mike Myers will appear on fellow SNL-alum Jimmy Fallon’s 'Tonight Show' on 4th February to talk about reviving Wayne for Uber Eats along with the app-based delivery service’s $20 million restaurant-relief program.
In addition to appearing in the Super Bowl campaign, Myers and Carvey will appear in a two and a half-hour video, starring rock icon Alice Cooper, that rolls the credits for the 100,000 local restaurants available on the Uber Eats app. The video will be posted on YouTube and Uber Eats’ social-media outlets immediately after the big game. 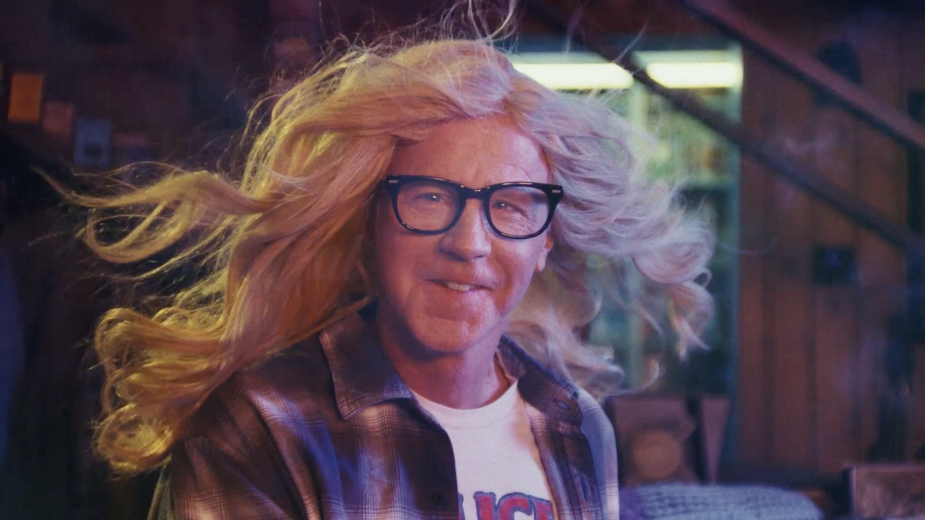 “We know it’s a rare person who would sit down through all these restaurant listings, so we made the video scrollable by location and we also made it fun to watch,” said William. “Alice, Mike and Dana chat about the origins of football, goof around with 3D glasses and they even compose and perform a song. They make it well worth the watch. The video also taps into the Slow TV trend where people stream such things as real-time train rides.”
Previously, the Uber Eats celebrity face-offs have included Sir Patrick Stewart and Mark Hamill featuring in a verbal food fight and a match-up on the gymnastics floor between Olympic medalist, Simone Biles, and ‘Queer Eye’ star Jonathan Van Ness.